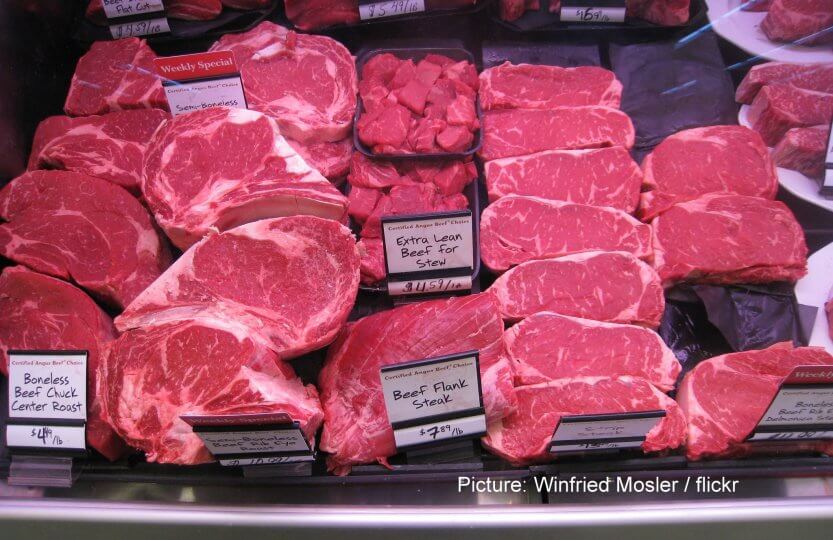 7.30 am, a rainy morning in July. It’s colder than the past few days which have been really warm, raindrops patter on the window. The first glance at my phone, a pop-up message from a newspaper is awaiting me: “IPCC: Global temperatures have risen by 1.5°C over land”. I want to sink back into bed, not think about it. Climate anxiety – is that a thing? Because I feel something that can just be described by this term: A fear of what will become of our planet, of us, our beloved ones. The fear that the governments in the end just do not care enough.

And then, I cannot stop myself from diving into the topic. Rifling the internet for more information about this very newest report on climate change. At one point, I stumble upon another article: “Eat less meat: UN climate-change report calls for change to human diet”. This puts my feelings a bit to ease. Finally, I think. Finally, the IPCC gives a suggestion on how we all should behave if we want to save the Earth’s climate as we know it.

This is new. Before, there was hardly such thing as a direct call for action in the IPCC reports. As mentioned in our article on the World Conference for Science Journalists, the chairman of the IPCC did not want to answer directly to a person in the audience asking if a change in diet would help to reduce emissions. That was the moment when my jaw dropped, I couldn’t believe it.

Now, the new report on land and climate suggests that a change in diet is necessary. That means, all of us – unless not already vegetarian or vegan – have to rethink their daily life. The cards are on the table (actually not just since this IPCC report but much longer), science provides evidence after evidence that tipping points are likely to be reached. Then, there will probably be no way back to our current climate. For example, if permafrost soils thaw, they will not freeze in the next moment (or the coming century) just because we cut emissions. Dairy products should also be mentioned since they as well generate high amounts of greenhouse gas emissions.

Around 80 percent of the world’s arable land is used for livestock production. Meanwhile, 820 million people around the world suffer from malnourishment. More and more land is used for agricultural production – a huge amount of food is thrown away in the end. It is absurd.

Of course, it is not possible that all people don’t eat meat at all – some people rely on it since they live in environments where the soil is not favourable for crop production or similar. Yet, a reduction in our westernized meat consumption is definitely inevitable.

That the IPCC is now at least suggesting to reduce the global meat consumption may not lead to a drastic change by tomorrow. But, to me personally, it gives hope. Hope, that science may, in the end, convince people to understand the urgency of changing our lifestyle. More suggestions and drastic words are needed, of course. Even though science is supposed to be independent or neutral – we cannot afford to waste time anymore. There are solutions for tackling the problem of climate change such as reducing our meat consumption; we just have to do our part now. “We” includes states, policymakers, the economy, and individuals.

It has had an impact already: In Germany, discussions about meat consumption have been wild the past few months. Various ideas are debated: increasing the tax on meat, a tax on CO2 generation and others. This may be a good sign, maybe it made “click” for some politicians. Who knows? To say it with well-known words: We are all sitting in the same boat. And this boat is likely to get caught by a storm. Literally. Therefore, action is needed. Spread the word, speak to people who may not be aware of the problems we will have to face due to climate change – and point out some solutions.