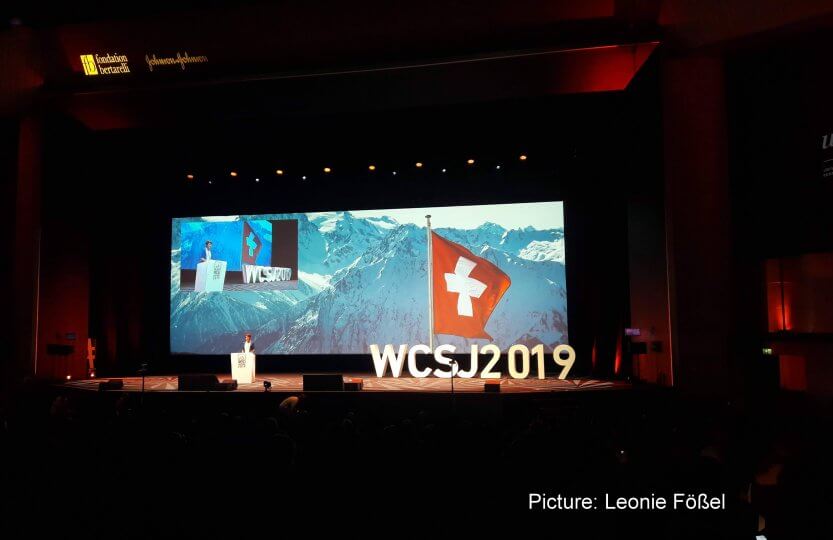 Media is under fire, worldwide. Science as well – at least in some countries. The rise of nationalism and protectionism lead to less confidence in scientific findings as well as to more mistrust towards media. Fake news is another factor impacting people’s trust in news and science. Therefore, it is even more important that high quality journalism is produced. It is as well necessary that scientists communicate their findings of topics affecting everyone, such as global climate change or the loss of biodiversity, in a way that enables all persons to understand them.

As a master’s student of natural science, I know of what I am speaking: A vast number of scientific papers is extremely hard to read (and therefore understand). Additionally, the reach of the publishing journals is limited – often, you need to pay high amounts of money just to access a paper. People with a good understanding of the subject and with the ability to communicate these papers are truly needed. In order to get insights into this business, I went to the 11th World Conference of Science Journalists (WCSJ) in Lausanne, in the French-speaking part of Switzerland. It took place in the L’Ecole polytechnique fédérale de Lausanne (EPFL), a research institute and university in Lausanne.

The WCSJ is an event by the World Federation of Science journalists and is held every two years. In 2017, it was in San Francisco, USA. The next conference will take place in Medellín, Colombia, as was announced at the end of the event in Lausanne. This notice made for loud cheering from the side of the Colombian people at the conference.

In total, 1200 people took part in this conference: journalists, scientists, members of the EU, chairpersons of international scientific associations such as the IPCC or IPBES, members of communication boards of universities all around the globe – and some (very few) students like me. The aim of this biannual conference is to bring together professionals and students in science journalism to exchange skills, ideas and thoughts. But also, to build networks and form collaboration on a global scale. During the conference, many science journalists reported about their way into science writing and the possibilities and challenges of this job.

The spectrum of talks, panel discussions, workshops and presentations was broad. There were three big auditoriums, hosting one major event after the other with a variety of topics. “The new goldrush: Prospects and controversies in deep seabed mining”, “Fake-news in science: How to recognize and fight it” or “Biodiversity: Reporting a silent crisis” – there was something for everyone. Researchers and science journalist from all over the world came together, discussed possible solutions for different challenges. Not all speakers could attend the conference physically, which is why some of them were called in via Skype. During a talk about marine protection, a number of researchers took part in a panel discussion, some of them sitting in chairs at the beach on a small island in the Indian Ocean, their feet in the white sand, the sound of the waves in the background echoing in the big hall in Lausanne. One of the highlights of the conference was the talk of the Intergovernmental Panel on Climate Change (IPCC) chairman Hoesung Lee. The auditorium was jam-packed, everyone wanted to hear what he had to say. He spoke about the findings of the current report on 1.5°C warming. He especially pointed out the necessity of combining different fields of research: “We have a good understanding of the technological and economic feasibility, but the social dimensions leave room for more knowledge”, Hoesung says. “We need a change in behaviour. We need a different economy.” He also talks about the choices in private and daily life. Particularly, he emphasizes the need for better infrastructure in remote areas: “Public transportation in cities is often very good. But in the countryside, you often have no choice.” Yet, one aspect he is not talking about – even when asked from the audience – is a change in diet. Even though it is well known that the meat consumption is one of the main reasons for greenhouse gas emissions. “What food choices people make, is not our area.”

Another special feature of the conference were the field trips offered on various days. Every participant could sign up in advance for the field trip they were interested in. Those trips included, for example, a trip to the research station at Jungfraujoch at 3700 meters of altitude, where climatic research has been done for the last 100 years. As temperature measurements at the station suggest, that the annual mean temperature has risen by 1.8°C since 1933. “I remember, when I started my research here around 40 years ago, the glacier was so much bigger”, Bertrand Calpini says and lets his glance wander over the Eiger glacier, which spans under the research station. He is head of the Deputy Director of the Federal Office of Meteorology and Climatology (MeteoSwiss) and Head of the Measurements and Data Department in MeteoSwiss.

The final speech of the conference was held by Bob Watson, chairmen of the Intergovernmental Platform on Biodiversity and Ecosystem Services (IPBES) since 2017. With wild gestures and his loud voice, the 71-year-old scientist with the greying white beard calls the audience for action. In his speech – which was originally set for 40 minutes and shortly before Watson’s presentation was cut to 20 minutes – he urges everyone to do write about biodiversity loss and climate change, pointing out the absolute necessity to change humankind’s current lifestyle. “In 2060, we will be probably beyond 2°C of global warming, more likely are 3-3.5°C”, he says while walking on the stage. “That means that countries have to double and triple their efforts to maintain the climate below 2°C warming! This is necessary to secure biodiversity and the global climate!”

What I have taken home from this conference is that it is absolutely necessary to look at as many facets of science as possible. Only focussing on one topic, one direction, may give ideas for this very subject. Yet, in order to understand the bigger picture, and to be able to write about it in a comprehensible way, it is essential to illuminate it from every perspective possible. It’s not only political injustice – but it can also go in hand with environmental disasters caused by political decisions. It’s not only climate change – it’s as well the social impacts that go along with it.