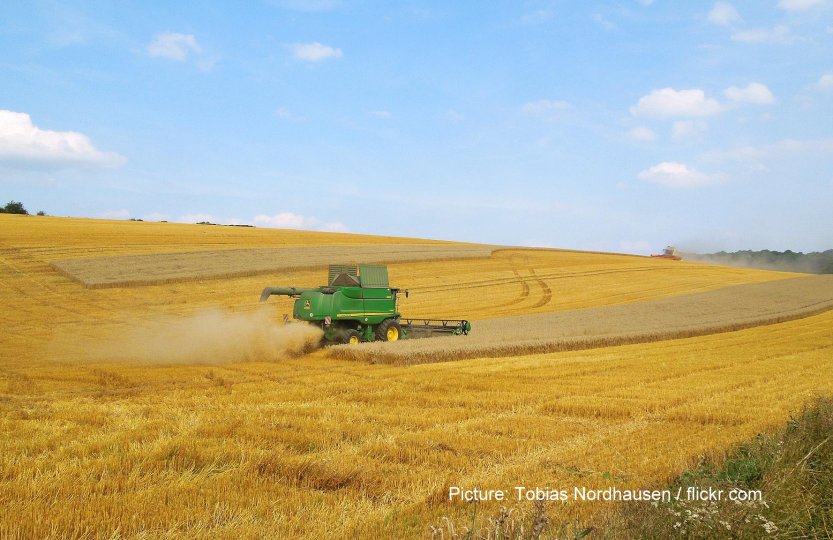 Germany has been sued. Finally. These words may sound weird coming from the mouth of a person born in Germany. Let me explain, why I think this was about time.

First things first. In the year 2016, the European Commission took legal action against Germany. The reason: The country did not show increasing effort to reduce the water pollution by nitrate. If the limiting value is passed, this affects the nitrate values in ground water, rivers, lakes and oceans as well. The limiting value is 50 mg per liter water – according to a 2016 report of the German government, this limit has been passed in 28% of the sampling sites for ground water.

Where is the nitrate coming from? Mostly from agriculture where it is an integral part in many  fertilizers – these fertilizers can be natural or industrially produced. Plants do need a certain amount of nitrate for growing and normally, the substance is not dangerous for humans. But due to chemical processes, nitrate can become nitrite – which can have negative effects on human health. Too high nitrate values can lead to disturbances in the blood flow in adults, babies can suffer from alterations of oxygen in their cells.

This is the necessary background to understand the case of the EU Commission against Germany. The EU Commission blames the German government for violating the nitrate limits and the water value rule, using values from the year 2012. The German government and the farmers’ institution argue that since then, a lot has been done to improve the situation, for example new laws on fertilizing which are giving new limiting values for nitrate fertilization, time spans for prohibition of fertilizing and “no-fertilizing” areas close to watersheds. Not long before the sentence of the European Court, the farmers institution (Deutscher Bauernverband) announced a decrease of livestock breeding. The German newspaper Süddeutsche Zeitung published an interview with Deutscher Bauernverband’s president Joachim Rukwied who admits that „some regions have reached their limit with lifestock breeding” and “the number of animals is likely to decrease”. He also said that the high values of nitrate must decline – according to Rukwied, the new laws on nitrate limitations will lead to a decrease of nitrate in the future. “It is just a question of time”.

However, these arguments were not enough for the European Court: The efforts have been too small. The sentencing of the German government may lead to another, even more drastic step: payments of billions of Euros as a penalty are definitely an option.

Why did I say “finally Germany has been sued”? The answer is quite simple: Germany acts like a role model when it comes to protecting the environment – we talked about that in our articles about waste  for example. The reality looks different as it is one of the countries that use the highest rates of fertilizer in the EU. Instead of talking, Germany should finally take action. The new laws on fertilizing are one step into the right direction though. As the government apparently will not start to change the current agricultural system which is polluting soils and water, this decision of the European Court could maybe overturn the first domino in the chain.