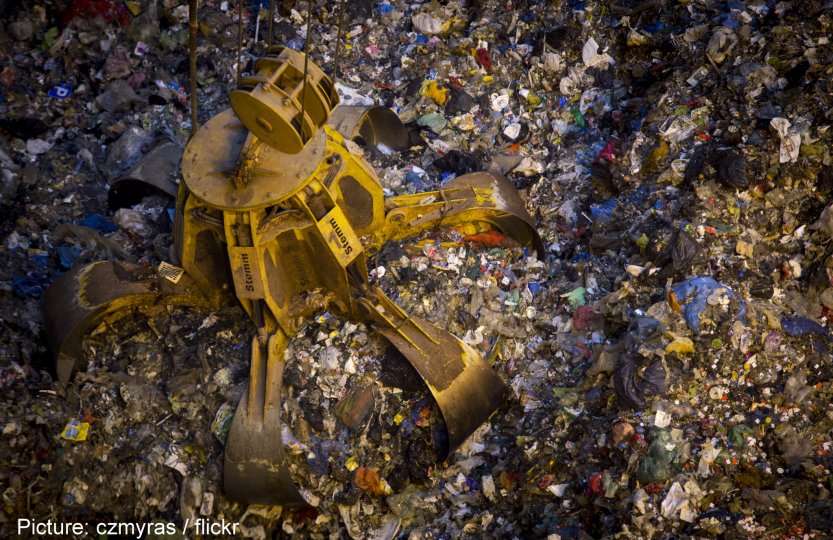 Countless rags are seaming the sides of the grey asphalt. Blue, white, transparent shimmery, paper rags, pieces of plastic bags, juice cartons and plastic straws. Kilometre after kilometre, it seems to be endless. The scene could be in a developing country where there is no such thing as a proper disposal of waste. But it is in Germany, one of the richest and most developed countries in Europe – a country whose people are said to be overcorrect, fast and clean. Here, in the far East of Germany, this stereotype seems to be almost a mockery.

In 2015, the total generation of waste in Germany mounted up to 402 million tonnes according to data from the country’s statistical federal office (https://www.destatis.de/EN/FactsFigures/NationalEconomyEnvironment/Environment/EnvironmentalSurveys/WasteManagement/WasteManagement.html;jsessionid=326E967237FCA4157B2F2616A4F1CC6E.InternetLive1). In  Europe, Germany has the sixth-highest rate of waste generation per capita: Every person produced 626 kilogrammes of waste in the year 2016, front-runner is Denmark with 777 kilogrammes, followed by Norway, Switzerland, Iceland (all three not part of the EU) and Cyprus (http://ec.europa.eu/eurostat/statistics-explained/index.php/Municipal_waste_statistics). This seems disturbing as these countries are amongst the most developed ones in Europe. How is it possible, that they are producing more waste as countries with lower GDPs, higher corruption rates or less democratic political systems?

An article of the German newspaper FAZ (http://www.faz.net/aktuell/wirtschaft/abfall-in-deutschland-die-muellberge-wachsen-weiter-15548309.html) explains this in the following way: Waste generated by households is an indicator for the economic state of a country. The better the economy works, the higher the consumption – as there is more money, people tend to go shopping more frequently and they spend more money. While going through a supermarket for example, it is not too difficult to see the parallels: berries in plastic boxes, single aubergines wrapped in plastic foil, meat in the refrigerators all packed into plastic, juice and milk filled in cartons instead of reusable bottles; the list is nearly endless. Countries that face harsh economic periods, like Greece or Spain, or countries that are still on a much lower economic development level than other European states, like Romania or Slovakia, therefore tend to generate much less waste.

Yet, it is also important to remember that in most of these states the economic situation has changed to the better in the last years. Also, since 2005, the average amount of waste in Europe decreased by 8%. But Germany is apparently not average: In the same period, 9% more waste was generated. Paradoxically, Germany is the leading European country when it comes to recycling: 64% of all waste is getting recycled – the European average lies at 44%.

There are different reasons for the high waste generation in Germany. As mentioned above, our consumer behaviour looms large, it seems that we are just too well to think about the consequences of our consumption. Recent changes in our consumption are also an important factor for waste generation as it shifts more and more towards online trading. We order shoes, plants, building materials, pet food  over? the internet instead of going to a nearby shop. Just one klick and in two days you have your desired product delivered to your door – easy, isn’t it? Before we rush to work, after having ordered a new jacket on one of the well-established online platforms like Amazon, we jump into the little café at the corner and grab a coffee to go. Without even noticing that this small cup is not only made of paper, but it contains a lot of synthetic materials and chemicals. According to the environmental NGO Deutsche Umwelthilfe, almost 3 billion of these coffee-to-go-cups are thrown away every year – just in Germany (https://www.duh.de/becherheld-problem.html).

To not to choke in a giant mountain of waste and trash, we must change the way we consume. This article is the first one of a series dealing with the chaotic and broad topic of waste. We want to give you different views on the topic and highlight ways how to reduce your personal waste generation. Find more article here.