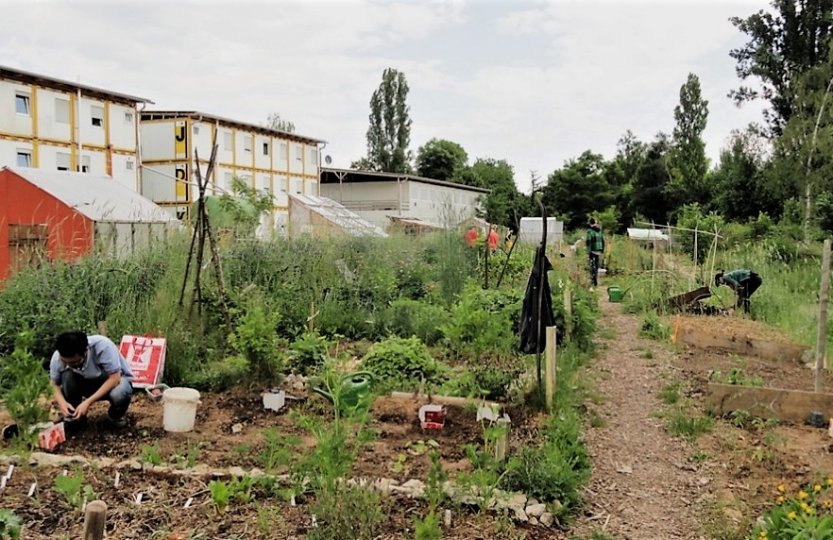 « Everything started from an unused piece of land. We asked the city if it was possible to grow food there for a local festival. The city agreed and sent 30 trucks full of soil to spread on the abandoned area. It was a huge work to set up these gardens, but now there are about 60 patches which can be distributed to anyone who wants to garden. »

This is how Martin Abelmann and green citizens of the city of Stuttgart in Germany created the project Stadtacker. Their goal is to give small pieces of land to city dwellers who want to grow veggies and fruits by themselves.

They are not the only one who want to grow food in the city. As more than 50 % of the world population is living in urban settlements, many projects worldwide are flourishing to bring food closer to people. This trend is called urban gardening.

Urban gardening is not only about growing food to feed the near 8 billion earthlings, it’s also about creating a healthy environment, improving people knowledge about Nature and building a sympathetic community. 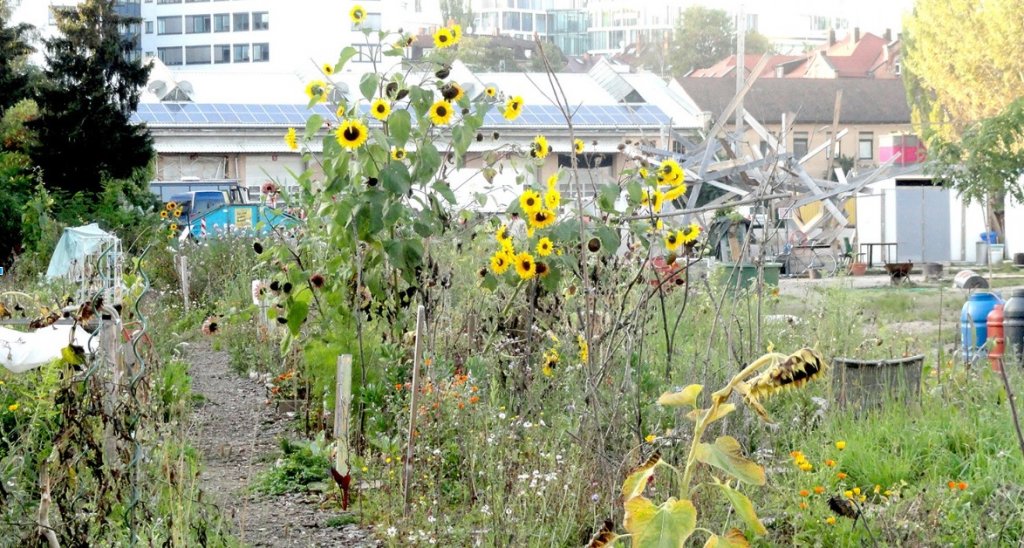 On an Abandoned Land © stadtacker

The space humanity needs on Earth is increasing so cities are becoming a new home for insects, birds and small mammals. Organic gardens are a biodiversity friendly habitat as fruits and veggies are greatly appreciated by wildlife. Moreover the countryside is saturated by dangerous agricultural pollutants and doesn’t supply enough resources anymore, therefore cities may be a good refuge for biodiversity like bees and pollinators.

There are many benefits of gardening in the cities. They improve people life with small services such as air filtering, temperature cooling and CO2 absorption. Thus, they reduce greenhouse gas emissions by shortening the supply chain; food doesn’t travel thousand of kilometers anymore, instead it is produced locally and eaten directly by the gardeners. 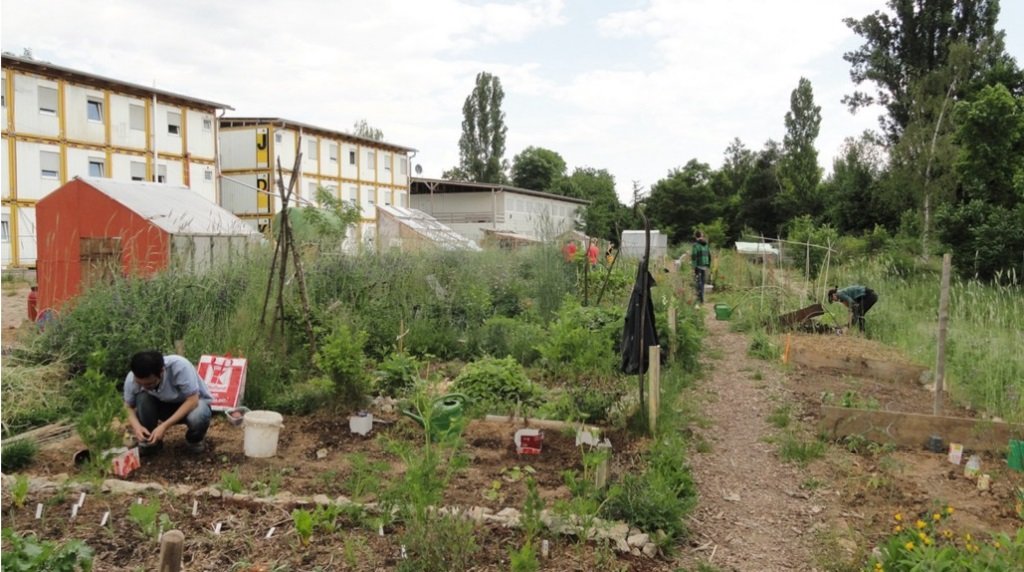 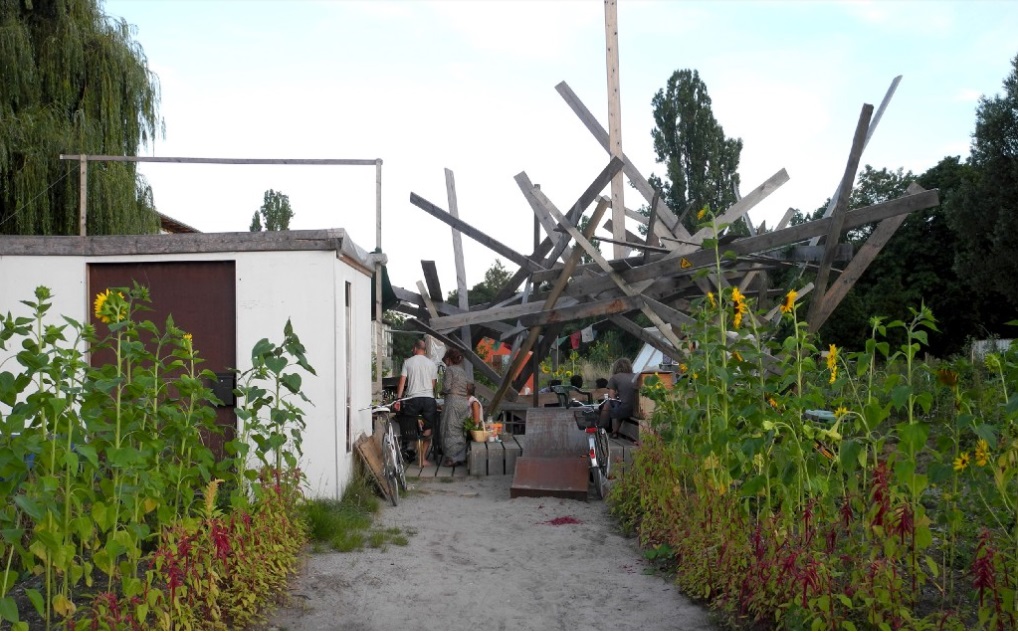 Whoever Can Grow Their Food © stadtacker

Did you know that carrots grow in the ground and not on trees ? I hope yes, but imagine young children who were born in a city and never had the chance to go farming in the countryside. I guess, nowadays they are many who don’t know at which time of the year strawberries are grown or on which tree zucchinis are grown. Urban gardening is an opportunity for these children to learn about the food they eat. Even adults may not know how to seed and then thin carrots. Urban gardening makes people aware about the resource and labor needed to grow food. City dwellers are running further and further away from Nature and they are sadly forgetting the basics : food.

“During the sunny season, we meet weekly every Sunday afternoon. We talk, we ask advice about how to grow this and that. We make friends. Sometimes in the summer, we organize events like music concert, workshops etc.”

As Martin Abelmann highlighted, a community garden is a meeting point. Neighbors meet, talk and have fun. They exchange their know-hows and recipes, the garden becomes a school, a school of Nature, a school of Life.

The green area also encourages the new formed community to participate in the city development and planning. It becomes a place to create planning alternatives, a place to defend environmental ideas, a place to strengthen democracy.

“The gardening area is threatened by a housing building project and even if our garden got a city award and a United Nation price for the decade of the biodiversity, we still need people to militate. We need to show that such a green place managed by citizens has a higher value than building houses. Through public awareness, we hope to be able to keep this green area and continue to grow an environmentally friendly community.“ Martin Abelmann