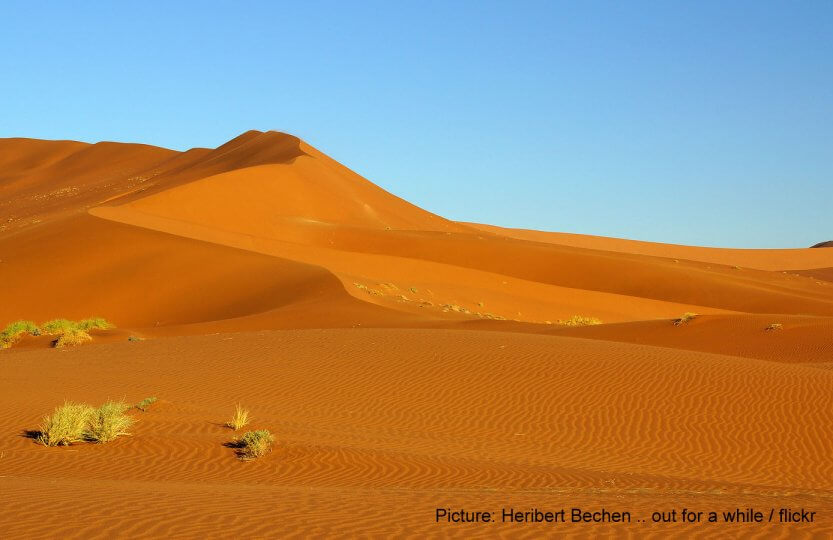 Today, two members of the blog, Katharina and Leonie, are going to go on an excursion to Namibia. We use the term excursion because it is not a random holiday or something similar but a research trip from university. So, it’s not going to be lying around at the beach, roaming around in the desert and drinking cocktails in a rooftop bar in Windhoek. But it is going to be almost three weeks of intensive work. Our destination is the Wuparo Conservancy in the far North East of Namibia, in a swath called the Caprivi region. In this area, five countries are really close neighbours: Namibia, Angola, Sambia, Simbabwe and Botsuana. While a huge part of Namibia consists of step environment, the Caprivi region is characterized by swamps, huge Marula trees and high numbers of wildlife. In Namibia, nature conservation is part of the legislation. So-called conservancies allow the people who live in them to build safari lodges in the area in order to generate an income for the people living and working there, but also generating money for nature conservation. In some conservancies  trophy hunting is still allowed.

As mentioned above, we will go to the Wuparo conservancy. For eight days, we will span out tents there and during the day a lot of fieldwork has to be done. The aim of our study trip to the Caprivi region is to collect information and data about the impact of the conservancy on the life of the locals and on biodiversity. We teamed up in three working groups – as we are only six students and one professor – and we will look at different aspects of the conservancy. One team is going to interpret satellite data and compare it with the data collected in the field: The aim is to see how biodiversity is developing in the conservancy and if there are disturbances and threats to biodiversity (which can also be caused by animals for example by browsing of cattle on trees). The second team will investigate how humans and wildlife live together: Are there conflicts between the two groups? If yes, which ones? Is this causing an increase or a decrease of biodiversity? The third group will have a closer look at the impacts of the conservancy on the people living and working there: We want to check if the people benefit from the conservancy, if the management plan is successful. In total, we have around 8-10 days for research.

As we have two members of the blog travelling to Namibia for doing research, we want to try something new: We want to write a little scientific and also personal journal here. Probably, the articles will just be uploaded after the trip as we are not sure how the situation is concerning internet (or phone) access in the remote area we stay at. Before we leave in the beginning of September, we both would like to share our expectations for this trip with you.

This is my second time visiting an African country. Last time, I was in Tanzania – East Africa. Now, it is the other side of this large continent. Namibia has always been in my dreams: Wide deserts, endless skies, wildlife and in general a colourful spectacle – and indigenous people, a very dear and special interest of mine in general. The research part of this trip is going to be hard, I expect. As it is only short time we have for our investigations, we have to get the most out of it. And that’s a challenge I am really looking forward to. I hope to get insight into the culture of the people we are visiting, talk to them, get to know them. This way, our two cultures can connect and understand each other better – for me an absolutely necessary aspect if our generation wants to enter the frey against challenges like climate change, biodiversity loss or global inequality. We have to understand and respect each other. Therefore, I am really looking forward to meeting the people living in the Caprivi region. If there is the chance to meet people belonging to indigenous tribes in Namibia, like Himba, San, Nama, Semba or Twa people, I would be delighted. Indigenous communities have an understanding of the world and the environment which has always interested and fascinated me – in many ways they know much more than we do in our industrialized, western cultures. I will keep you updated about the experiences we make in Namibia.

As I’m writing these lines, it will be less than 32 hours till we will be leaving Germany. After a 10 hours flight we will arrive in Windhoek, the capital city of Namibia. My last visit in Africa, more precisely Madagascar, last year got me thinking a lot. And I am sure, this excursion will teach me a lot as well – about the attitude towards life, about a very different nature and about how other cultures perceive and use their land. I am looking forward to return to this fascinating continent and to see a completely different facet this time. Visiting the wide steppes of Namibia, encountering wildlife, meeting people from different cultures, sleeping under the African night sky – I cannot even imagine how this journey will change myself. I have a great interest in the relationship between man and nature and how both can coexist. Thus, I will investigate the attitudes of the local people towards wildlife and try to identify indicators that enhance or reduce human-wildlife conflicts. I’m looking forward to get to know another country, other cultures, other ecosystems. And I hope, one day, I can use this knowledge to help fighting climate change, the global inequality or help protecting nature.