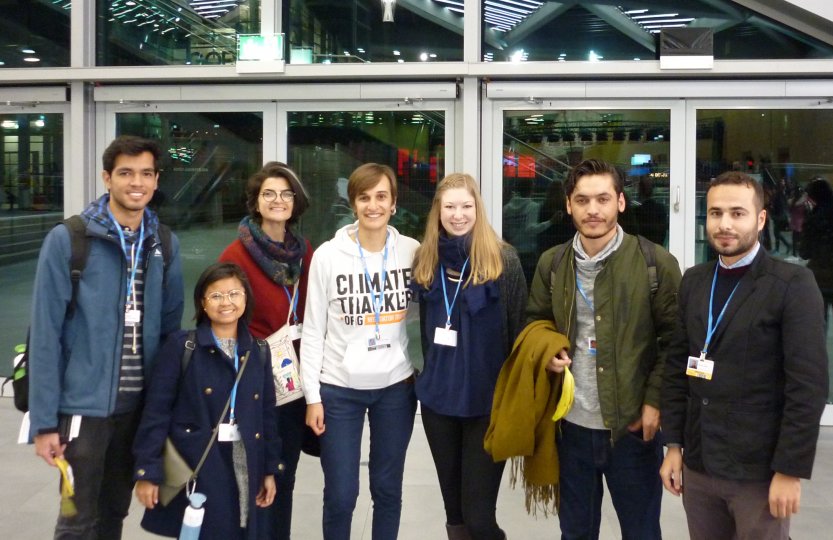 “I hear no objections, it is so decided.”

As observer in the Bula zone, this sentence was the most heard during the first days of the 23rd Conference of the Parties . Most meetings in the first days of the COP23 still dealt with organizational matters, such as agreeing on the structure of following meetings. The interventions by parties appeared rather repetitive to me, which is probably caused by the diplomatic character of the sessions. Almost everybody started their comments by thanking Fiji and Germany for hosting this year´s COP and stressing out how much they appreciate the previous work and look forward to fruitful discussions with tangible outcomes.

The negotiations in the Bula zone are carried out in many parallel meetings of the following working groups/ bodies:

Each group has a long list of agenda items that they work on during the two weeks in Bonn. For more detailed information on what the COP23 is all about, read this GCE post. Due to the vast number of parallel meetings and increasing restrictions for observer presence in sessions, it was impossible for us four observers from the Global Change Ecology programme to get a full overview of what´s going on each day in the negotiations at Bula zone. Luckily, there are many media teams, climate activists and other NGOs who provide very helpful daily briefings, such as the Climate Tracker.

I mainly attended informal consultations of the SBSTA, e.g. on systematic observation and research, and the big COP plenary meetings. In the course of the first week, I could observe how the negotiations went from structural issues to more technical, content-based discussions. Some of the bodies already produced informal notes and draft texts which ultimately will lead to the creation of a rulebook for the
implementation of the Paris Agreement.

According to the big COP stock-taking plenary on Saturday and an overview article by Climate Tracker, the main points being discussed in the different bodies in the first week of COP23 have been:

Pre-2020 actions
The Paris Agreement commitments only begin in 2020. However, as the COP president Frank Bainimarama says: “We must not waste time”. For this reason, especially developing countries, demanded pre-2020 actions to already get started with mitigation activities to combat climate change and have a chance at limiting global warming to below 1.5°C in comparison to pre-industrial levels. This is very crucial for island states, for example in the Caribbean. Unfortunately, so far the pre-2020 ambitions have not been assigned to any working group or official agenda item of this year´s COP.

Nationally Determined Contributions (NDCs)
One of the main points being discussed in this context is how and when the reporting and updating of the NDCs should take place. Developing countries and developed countries might face differentiated processes here.

Loss and Damage
As nicely explained by Climate Tracker: “loss and damage is a concept where rich countries, who have historical responsibility for climate change, are asked to be liable to developing countries, who are already facing climate change impacts.” Unfortunately, negotiations on this topic ended in controversial discussions when some developed countries questioned the scientific evidence necessary to correlate extreme weather events/natural disasters with climate change.

Finance
One of the crucial issues for the implementation of the Paris Agreement is the finance of all required measures, e.g. in form of an Adaptation Fund which can help the developing countries to tackle climate change impacts.

Talanoa dialogue
Also known as Facilitative dialogue, the Talanoa dialogue has been introduced by the Fijian COP presidency to have inclusive, participatory and transparent conversations in which people listen to each other and respect the other one´s perspective. It is supposed to be held in 2018.

Other important topics covered in the meetings were the reporting guidelines/ implementation for adaptation and mitigation, the global stock-take, a gender action plan and features, such as transparency, equity, capacity building and technology transfer.

The parties still have a lot of work ahead and with ministers arriving in the second week of COP23, one can hope that negotiations progress faster and that the delegates agree on how to implement the different components of the Paris Agreement.

I feel honored to be given the unique opportunity to observe the negotiations at the UN Climate Change Conference 2017. I felt overwhelmed by the number of events taking place at the same time and also by the engagement and interest that NGOs demonstrated at Bonn zone and within negotiations.