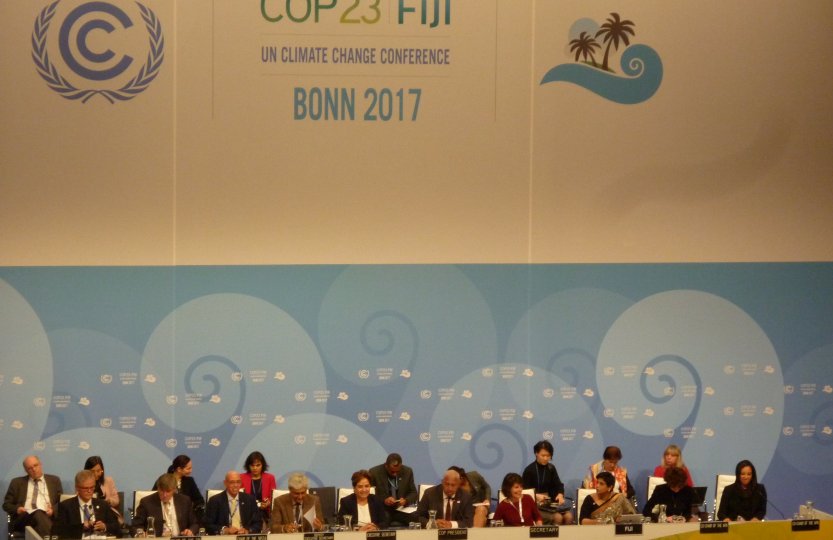 In the context of the COP 23 forest day, representatives from Greenpeace, Imaflora and Imazon, which are part of the Amazon Environmental Research Institute gave an outline of their recent report on a pathway to zero deforestation in the Brazilian Amazon. 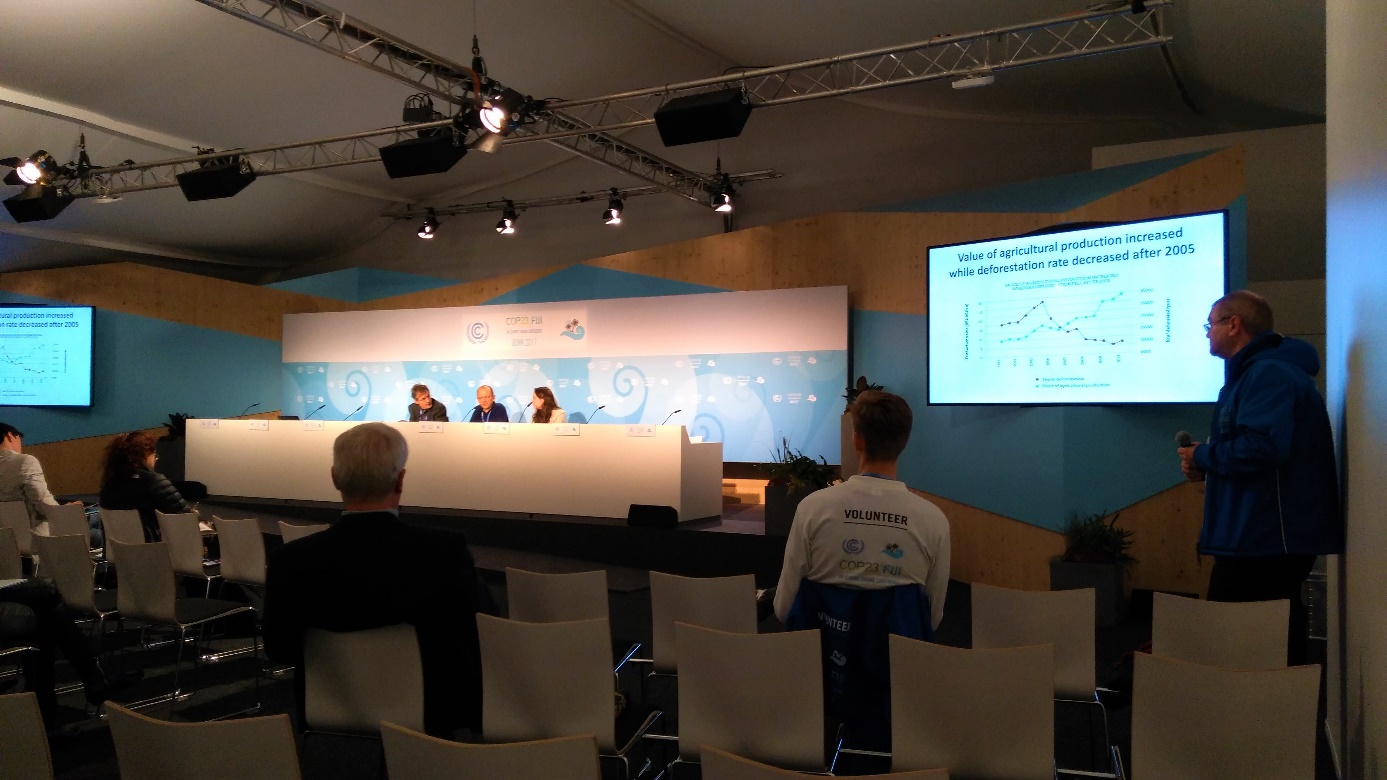 Presentation of the recent report: a pathway to zero deforestation in the Brazilian Amazon by the Amazon Environmental Research Institute.

Summing up their findings, the speakers underlined the availability of public forests for a potential designation to protected areas. Apart from law enforcement campaigns and credit restrictions for deforestation, the installation of protected areas is a key tool for forest protection. Generally, an active engagement of stakeholders from public and private sectors involved in the related supply chain is required to achieve the goal of zero deforestation.

There is a high pressure within the society to reduce deforestation, however in the current phase of political instability and ongoing corruption, this is not well represented by the officials.

Comparisons on the municipal level showed best conservation performances in districts inhabited by indigenous people. Generally, all instruments for successful forest conservation are already installed but lack in sufficient implementation and enforcement. At the moment the Amazonian rainforests decline by 5000 m2 annually. The associated fire events and resulting deterioration of air quality costs the Brazilian health care system 20 mio. USD per year.

A crucial factor in the region is the link between the forest and the rain regime: natural rainforest ecosystems preserve the local climate and therefore maintain the level of agricultural production. Especially important in that regard is the inclusion and information of the agrobusiness sector. With a decreased rate of deforestation, the value of agricultural production increases. This is an incentive for local farmers to support forest conservation. Furthermore, no further deforestation is needed. An increased livestock productivity can be realized by a more effective land-use of the already existing farm lands. A pathway of zero deforestation contributes to the Paris Agreement and should be seen as a vivid contribution to climate conservation.

Less deforestation leads to increases in the agricultural production.