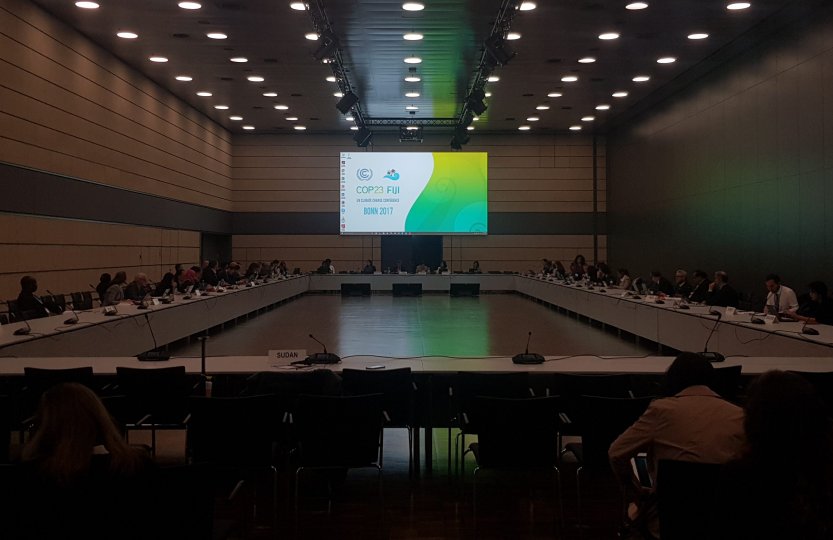 Parallel to informal consultations of the meetings and protocol bodies of the convention where we had limited access, the workshop for the facilitative sharing of views (FSV) under the international consultation and analysis (ICA) process for developing country Parties was organized under the Subsidiary Body of Implementation (SBI) at this 47th session in room Genf of the Bula zone.

The objective of this FSV was to invite non-Annex I Parties that have submitted their Biennial Update Report (BUR) and have a final summary report by 8 September 2017 to share their experiences, lessons learned, success and challenges during the preparation and the submission of their BURs in order to strengthen the process and encourage more and more non-annex I parties to improve and submit their report. Till that date, five countries namely Armenia, Ecuador, Georgia, Jamaica and Serbia had already submitted their BURs. These 5 non-annex I parties had already finalized the first step of the ICA process, the technical analysis of their first biennial update report (BUR) conducted by a team of technical experts.

After a short clip showing the benefits of participating in the ICA process by developing countries, each representative of those 5 countries were invited to present their national circumstances, the GHG inventories and mitigation actions developed, the projections of scenarios to assess the forecasted impacts of mitigation actions till 2030, to exchange in a very positive manner their experiences in the implementation of the Measuring Reporting and Verification (MRV) framework, to showcase their efforts done at the national level to put such framework in place, and to present the challenges, their needs on how to improve domestic MRV, opportunities and support received for mitigation of climate change.

Amongst the obstacles presented by those countries, the lack of detailed information, the lack of capacities, financial resources and technologies were the main factors encountered during the preparation of their BURs. They expressed their needs in term of capacity building in order to strengthen the BUR preparation and mitigation actions and to increase the accuracy and quality of their domestic MRV framework.

At the end, several questions were posed by other parties in order to improve the preparation of their own BUR. Those questions are summarized below. 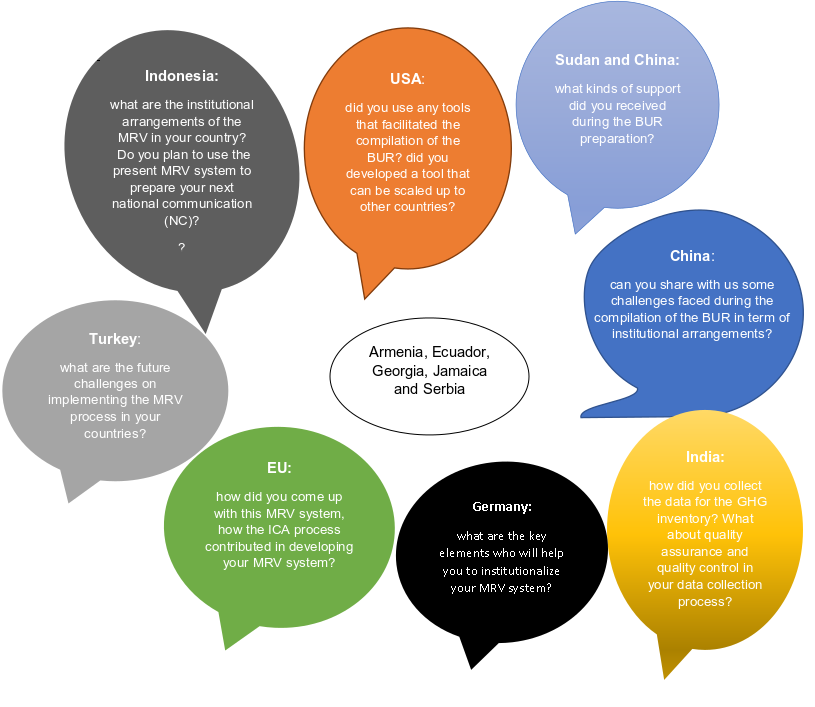