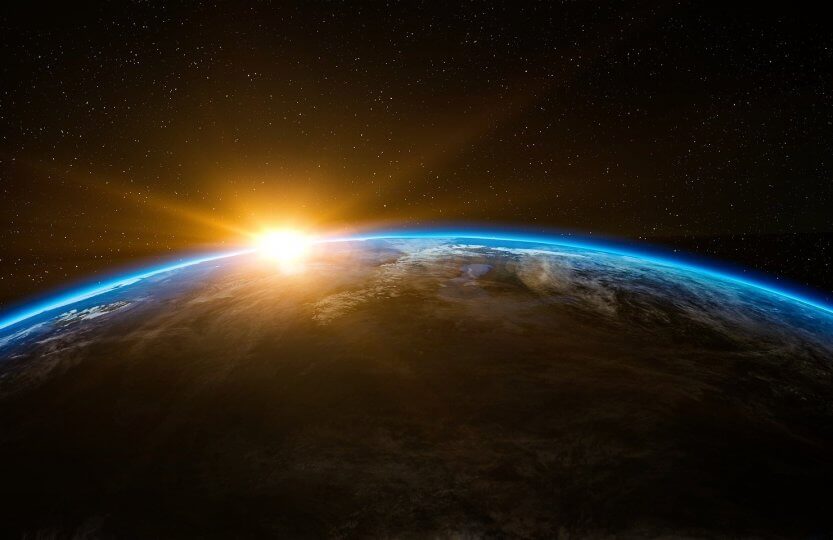 “Breaking Boundaries – The Science of our Planet” is a Netflix documentary, narrated by Sir David Attenborough and directed by Jonathan Clay. And this is not just any other documentary – it is based on the work of Prof. Dr. Johan Rockström, who has also written a book with the same title together with Owen Gaffney. Prof. Dr. Johan Rockström is, among other things, the director of the Potsdam Institute for Climate Impact Research (PIK), and a professor in Earth system science at the University of Potsdam. According to Rockström, this documentary is airing “at the start of a critical decade for humanity” [1]. In his opinion, our generation is the last “that can safeguard a relatively stable planet” [1], but in order to do so the whole world needs to act now. This urgency is clearly conveyed in the documentary, as Attenborough and Rockström take us on a journey through the nine planetary boundaries

From stable states to the Anthropocene

Before the journey through the current and future state of our planet begins, the narrators take us back to the past. Emphasis is put on the stable state of the earth’s climate in the Holocene, and how this stability has allowed the modern world as we know it to develop. Continuously maintaining this stability is crucial for the systems that underpin our modern world. But we now have left this state of stability and entered a new geological epoch, termed the Anthropocene. Rockström highlights that, in only 50 years, we have pushed the climate past the state it has been in for the last 10.000 years. He draws a stirring comparison to us humans driving towards a cliff in the dark at full speed, with no headlights on. But in his view, science provides headlights, so that we can see the risks ahead of us.

The risk of destabilizing the whole planet inspired Rockström and his colleagues to identify the systems and processes which regulate the state of earth. Next to defining these earth system processes, they also quantified the point beyond which we trigger non-linear changes (tipping points) and called these the planetary boundaries. They defined 3 zones for each system: the safe zone, the danger zone, and the high danger zone. The difference between the latter two is that the danger zone represents the range of uncertainty. The high danger zone, on the other hand, is beyond the range of uncertainty, and we face great risks of reaching tipping points here. Once we understand these systems and boundaries, we can not only identify which ones we have already crossed, but also how to return to the safe space again.

The narrators kick the journey off with the first and most commonly known process, climate change. As we are all aware, we have already destabilized the climate system. In fact, we have already crossed the planetary boundary of 350 ppm of atmospheric CO2 concentration to the danger zone – and we are rapidly approaching the boundary to the high danger zone, which is represented by 1.5 °C warming or 450 ppm atmospheric CO2 concentration.

Next, the journey goes to the biosphere boundaries: the systems of land, biodiversity, freshwater, and nutrients fall into this category. For all of these, except the freshwater system, we have already crossed into the danger zone. Biodiversity loss and biogeochemical fluxes fall deep into the high danger zone and the land use change closely approaches it. Rockström highlights that the 1.5 °C target equivalent for biodiversity loss is zero loss of nature from now on. Also, the issue of nutrient flows, causing for example large scale eutrophication, needs to be taken more seriously. For freshwater use, we are still in the safe zone.

Ocean acidification is another process for which we are still in the safe zone, but we are just a step away from crossing the boundary into the danger zone. Arriving in this danger zone would have devastating consequences for all marine life.

There are two systems for which no boundaries could be defined yet: novel entities (e.g. nuclear waste, microplastic, heavy metals) and atmospheric aerosol concentration. Even though we do not know where we stand for these, we still need to limit the disposal and emission of these substances, as the environmental and air pollution has alarming consequences for nature and human health.

The last process gives us hope for the future: Ozone depletion, the only example for which we have passed way into the high danger zone but managed to reverse course through immediate and globally coordinated action. This shows that it is possible to return to a safe space if enough effort is put into it.

From a grim reality to sparking hope

Besides introducing us to the framework of planetary boundaries and where we stand on them, the narrators also paint a picture of the far-reaching destruction that we humans have already caused nature. In this very emotional section of the documentary, we hear from an Australian scientist on how he has seen the devastating effects of coral bleaching and the loss of whole reef systems in the course of his career. Another Australian scientist takes us to her research site, where she studies a vulnerable Australian bird species, after the destructive fires of the 2019/2020 fire season. Her arrival at the site during nesting season with all the nests destroyed and no wildlife remaining is heartbreaking to watch. But who is not moved by these pictures will be given food for thought by the linkages the narrators draw between the current pandemic and nature loss.

After opening our eyes for some of these far-reaching impacts we have on nature, we are provided with hope. According to Rockström, the window for us to turn around and move out of the danger zone is still open, but just barely. In the last part of the documentary, the narrators explain simple ways in which we can return to the safe space. These solutions reach from an immediate reduction of emissions, to planting more trees, having a healthy and climate friendly flexitarian diet, and reducing waste. The core message of the conclusion is that we do need to act now – and efforts must be globally coordinated, as what we do in this decade will determine the future course of humanity and our planet.

Opinion on the documentary

What makes this documentary extraordinary in my opinion is that it acts as a wake-up call, not only on the issue of climate change but on the multitude of complex and intertwined issues humanity has caused and is facing the consequences of now. The documentary provides a great introduction to the framework of planetary boundaries, and I encourage anyone interested in this topic to watch it, or dive in deeper by reading some of the papers Rockström and colleagues have published on this.

While the main part of the documentary was very interesting and emotionally moving, I have to admit that I was slightly disappointed with the section on solutions. After spending the majority of the time on showing us how bad the state of our planet is and how we humans have caused this, the solutions were portrayed in an overly simplistic way. By making the solutions sound so simple, I feel like in the end the issues are slightly downplayed after framing the current state of our planet and our future so grim at first. But this is only my personal opinion and since I still find it a very interesting and eye-opening documentary, I leave it to you to watch it and make up your mind about it.