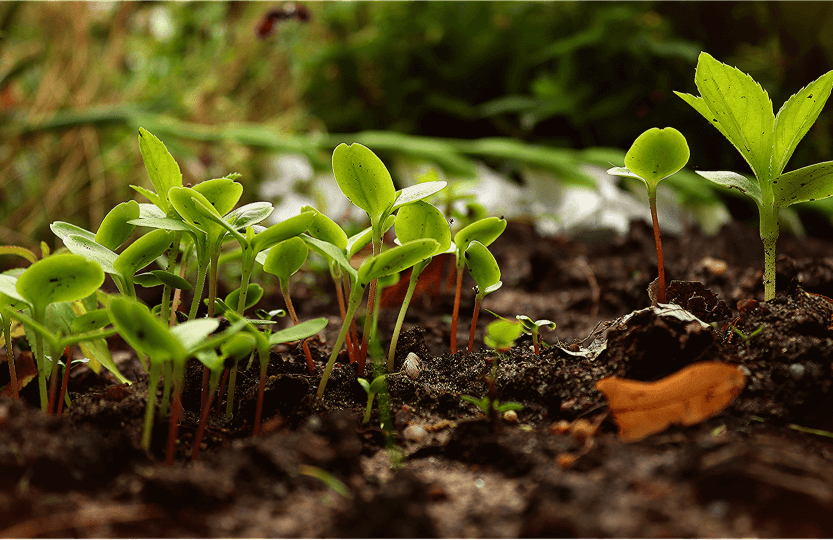 One day, while scrolling through a streaming service catalogue looking for something to watch, I came across this documentary, the name of which caught my attention: “Kiss the Ground.” I was promptly intrigued by the beautiful symbology. It made me think about gratitude for the planet, for the fact that I breathe, for the food that comes from the Earth and sustains us…I was awestruck by this simple title. Kiss the ground. Simple, but deep, meaningful. So, I had no other choice but to watch it. And let me tell you, it was very much worth it.

“Kiss the ground” is a documentary that was released last year (2020). It was directed by Joshua Tickell and Rebecca Harrell Tickell, with a duration of 1 hour and 24 minutes. The introduction of the film gives an overview about the greatness of planet Earth, but also quickly presents news about climate change and natural disasters, sort of justifying humans’ current “state of paralysis.” Right after declaring that the human race gave up on Earth, the narrator (Woody Harrelson), suggests a revolutionary path, a solution deemed simple: SOIL!

Stating that that soil might save us (the whole planet), the film presents some soil functions: greenhouse gas sequestration rebalancing our climate, replenishing freshwater supplies, and food production. By advocating for the soil’s well-being, “Kiss the Ground” also takes us back in time to show the audience that tilling and chemical fertilizers are not allies for sustainable production and are actually degrading the soil. The film explains how plowing caused the loss of 200 million acres of cropland in the U.S. Midwestern Plains in the 1930s, and how agricultural pesticides started being used after US chemical companies imported the creation of German scientist Fritz Harber. Harber intended to make synthetic nitrogen fertilizer to increase food production, but also created poisons which were first used as chemical weapons during the war and the Holocaust.

The documentary gathers scientists, researchers, and environmental activists. While presenting how the Earth system works and the consequences of the current, unsustainable soil management and agricultural practices, it urges for a more regenerative approach in order to heal our soil and our climate. The film’s arguments are easy for everyone to follow and it is a lecture we should not skip. As mentioned in the film, in general, the producers don’t understand how soil works, and as they are benefitted by subsidies, and the hope of high profit from promised crop prices by companies, they just follow procedures to deliver the products demanded. This way, they perpetuate a broken system without knowing they have been damaging their own world and way of living.

The conclusion is not surprising, as pointed out by conservation agronomist Ray Archuleta (U.S. Natural Resources Conservation Service): Education is an ecological issue. Archuleta hosts workshops to farmers on how to develop better agricultural practices in hope to plant a seed that will bring change. The film does a good job by presenting the action of people that are really engaged to work for the well-being of the planet and its living beings. I felt very inspired by the projects showcased in the documentary about biosequestration, including the “4 per 1000: Soils for food security and climate,” created by French Minister of Agriculture Stéphane Le Foll; farmers testimonies about developing economically viable and low-impact permaculture and agroforestry systems; NASA models now able to compare tilling periods and plant growth seasons influence on CO2 emissions. It gives the viewer a sense of hope, considering all the knowledge and technology that has developed.

Through science, “Kiss the Ground” brings to light contrasting realities and proposes ways that we can still make a big, positive impact for the sake of our Earth. It discusses politics, ecology, regenerative solutions, composting, diet, supporting sustainable farming systems, and coming together as one for the planet. Four words come to my mind: love, education, hope and regeneration. Those are within the essence presented in this documentary. It covers a lot more than I can possibly tell you in this short post. I will say this: go watch it right now, share it with someone, and join the movement, because, quoting ecologist John D. Liu, (Commonland Foundation), “To see a stream return and flow, to bring back fertile soils, to see biodiversity return to a place that was completely devastated, this is where everyone can find tremendous satisfaction and the meaning of our lives.”

“Kiss the Ground” is available to stream on Netflix, on Vimeo (rent $1), or you can also watch the 45 minute educational version for free on the official website (for schools):