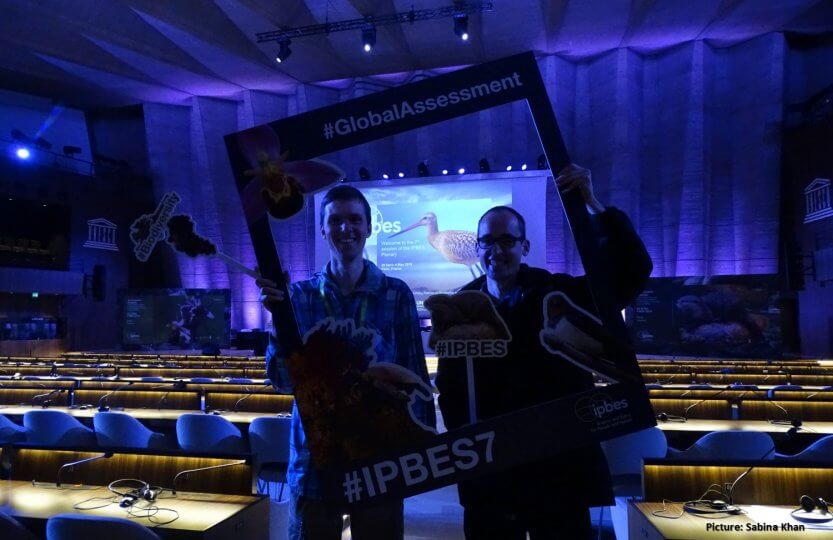 “IPBES” and the “Global Assessment Report”

“On the way to ecological insolvency” (spiegel-online), “One million species threatened by extinction” (tagesschau.de), and “Humanity is eradicating nature from earth” (ZDFheute) were three among other similar headlines which suddenly appeared in online media on Monday, May 6, 2019. The headlines were triggered by a press conference held in Paris in which the results of the Global Assessment Report on Biodiversity and Ecosystem Services were presented to the public. This report was the result of weeklong negotiations that took place during the seventh plenary session of the Intergovernmental Science-Policy Platform on Biodiversity and Ecosystem Services (IPBES). IPBES, also known as the World Biodiversity Council, is an independent intergovernmental organization. It is tasked with providing scientific advice to policymakers in the field of biodiversity and ecosystem services. In the summary of the Global Assessment Report, contributing scientists describe the current global state of biodiversity. To sum it up, the loss of biodiversity is quickening at a worrying pace. 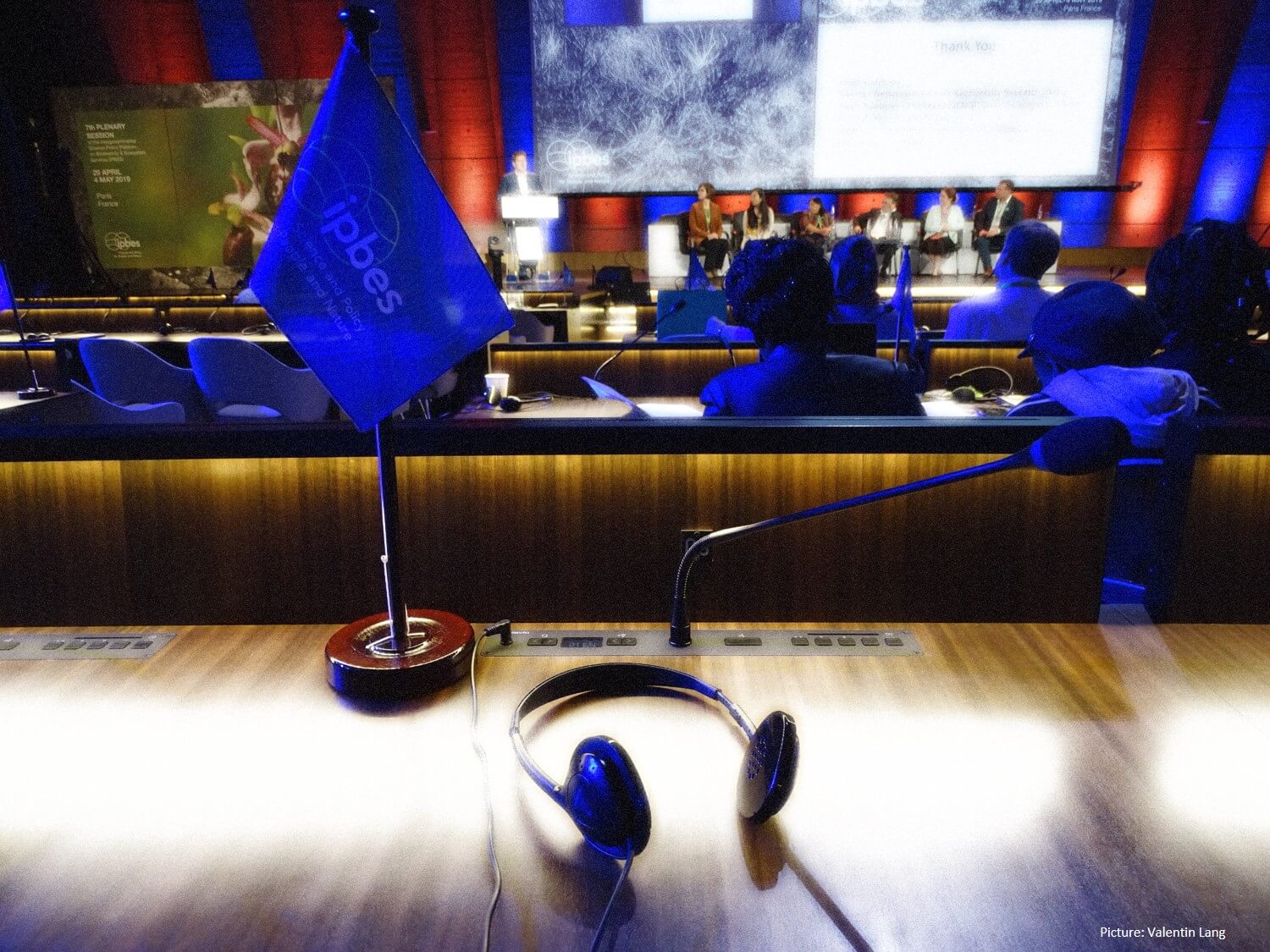 The report is the result of a multi-year process: According to IPBES, 150 experts from 50 countries worked on the report for three years. This is the first ever global-scale intergovernmental report on nature, ecosystems, and human services. The actual main report entails over 1,000 pages, but its key messages have been summarized for policy makers. For the report to be officially recognized, it had to be approved by the then 132 IPBES member states. Adoption of the report was the main theme of the seventh IPBES Assembly (“IPBES 7”), which took place from April 29 to May 4, 2019 at the UNESCO headquarters in Paris.

The international Elite Master’s Program “Global Change Ecology” (GCE) at Uni Bayreuth deals with global environmental changes of the 21st century, such as the loss of biodiversity. As the degree program has an observer status for IPBES, about 30 GCE students made their way to Paris as “observers.” For some students, this was their first participation in an intergovernmental assembly. The simultaneous surprise and frustration over the sometimes torturously slow progress during the negotiations was correspondingly great: Every single sentence of the summary of the Global Assessment Report had to be accepted by all member states present. In practice, this means that negotiations on the wording of some sentences and sections took hours. As the proceedings dragged and fell behind schedule, the chairman became increasingly concerned and animated. The late-houred negotiations did not go unnoticed on the faces of some delegation members. If the Global Assessment Report had not been approved by the General Assembly, it would have signaled a major setback for IPBES, every scientist and stakeholder involved, and above all for the protection of biodiversity.
It was encouraging to see the commitment of people working for the IPBES to succeed. In addition, besides GCE students, many other observers were present, such as representatives of indigenous communities or NGOs who, like us, wished for a successful outcome of the negotiations. “I could feel that there is a lot of people like us around the world – we are only separated most of the time”, says Ana Leticia Vital, a GCE student from Brazil. “In other words, I had the perception that we are not alone concerned about nature and biodiversity conservation.” Aanu Samuel Busari, a GCE student from Nigeria, was thrilled with the global expertise that went into the Global Assessment Report. What impressed him most was “the incredible amount of human and cultural intelligence which go into the production of such a globally accepted legal and scientific document.” As observers, GCE students were in the stands during the negotiations, but people from all over the world were mingling in the entrance hall of the UNESCO headquarters: delegates from various countries, scientists, indigenous peoples, conservationists, and, in between, the GCE students. Much was exciting and new in the first few days, but gradually the processes became more and more familiar. 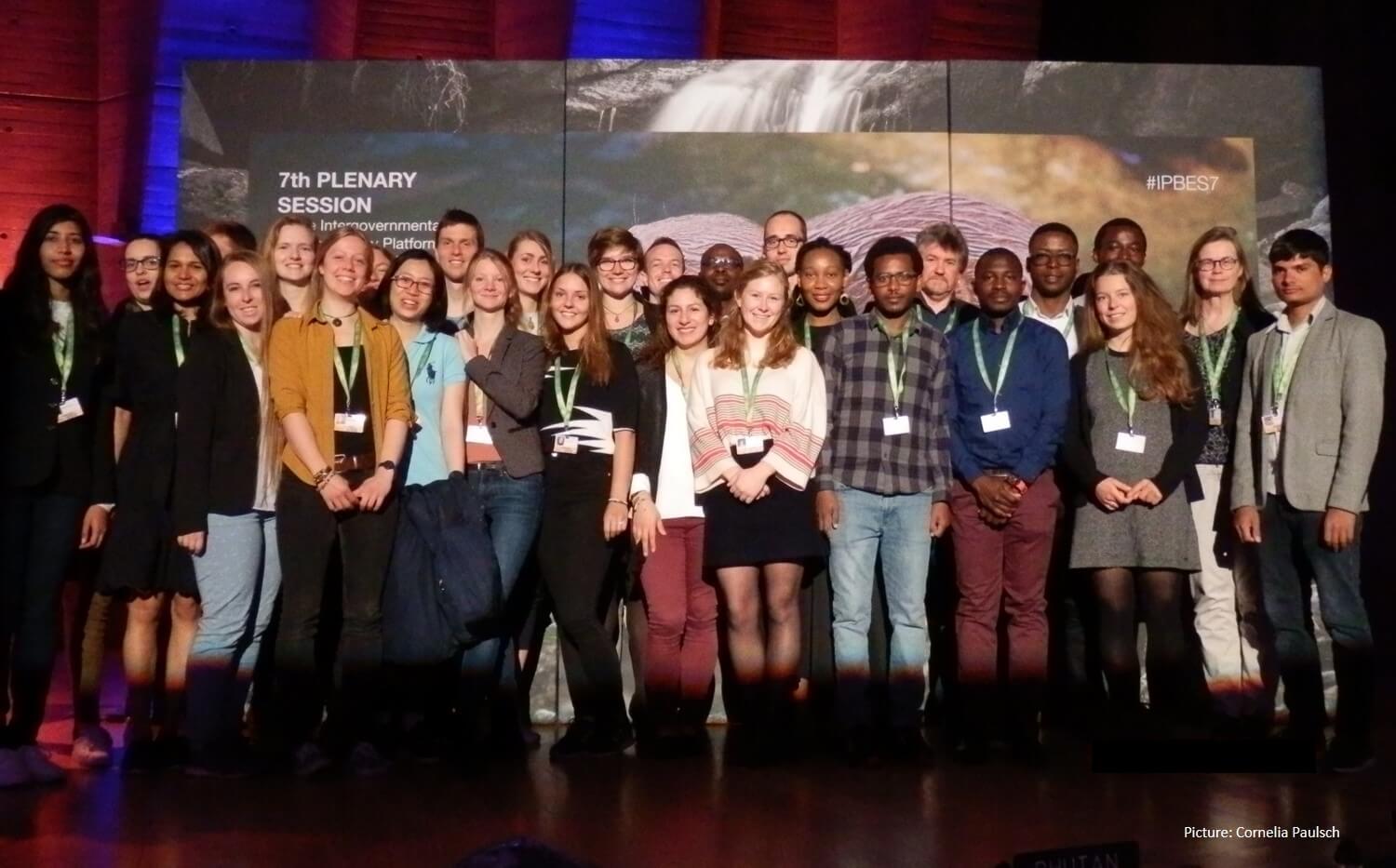 Fortunately, on the last day, the Global Assessment Report was wholly accepted by all delegations. The immense tension among participants vanished with thunderous applause and all the frustration and tiredness from the previous days had suddenly disappeared. So what remains?
On the one hand, a comprehensive and alarming report which is internationally-recognized now. Although this has no direct political consequences, it increases the pressure on policymakers currently negotiating the post-2020 global biodiversity framework which is to be decided in 2020. Donald Mwaba, a GCE student from Zambia says: “Science is very clear about global changes happening. What remains unclear is whether governments and its people will make the necessary adjustments to counter these changes.”
On the other hand, IPBES 7 has shown that much is possible when willpower remains. The Global Assessment Report provides a simultaneous warning and hope: The results are alarming, but their emergence is the result of global cooperation of countless dedicated people from various professional fields. If this energy is used to not only account for current problems, but also to ensure a life-friendly future, there is still hope despite pessimistic headlines such as those mentioned at the beginning. Ana also thinks: “Somehow, IPBES 7 renewed my hope for our future” and Aanu recalls: “Policies and politics may divide us, but that we are first humans should unite us.”