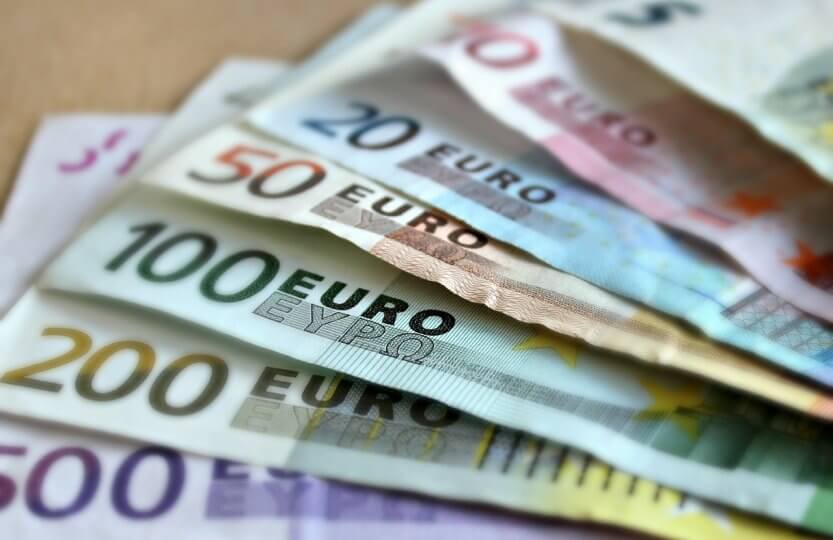 In her bestselling book ‘Doughnut Economics: seven ways to think like a 21st century economist’, economist Kate Raworth advises that we repurpose economics to fulfil humanity’s  goals for the 21st century, and proposes seven mindset shifts to this end.

Recently, Kate Raworth, in tandem with Rethinking Economics – the international student movement for pluralism in economics education –launched a competition for the public to come up with the 8th way to think like a 21st century economist. The article below is the last of three entries submitted by Steven Myburgh, a student in the GCE program.

In the past, the injection of money into an economy has been linked to expansion of materials and energy systems, using natural ‘resources’ – this has been shown to be untenable on a number of fronts. Rather, should at least a portion of money creation be harnessed according to global social and environmental deficits, growth can instead be linked to growth of resource-use efficiency and (re-)growth of natural capital, instead of GDP growth per se.

For decades, neoliberalist entities have advanced their trifecta of deregulation, privatisation and liberalisation. One result was the 2008 financial crisis, with the reckless finance industry being bailed out by taxpayers everywhere. Many argue that such cycles are inevitable when private banks have no significant controls on being able to create money – with neither the reserve ratio (the portion of reserves banks should hold onto rather than lend out, should there be one) or asset liquidity requirements (dictating how quickly one can cash out an investment) mattering much. In addition, central banks either bail out distressed banks or assume their liabilities. This has allowed the financial industry to create convoluted and complex financial instruments with which to gamble, under a system of privatised profit and socialised debts.

When banks loan to the private sector, common good is largely an accident on the way to making a profit, which is a rather inefficient means of generating it – especially when, on longer time lines that nobody in business circles has any incentive to project, making a profit erodes this common good.

So how is greed in the finance sector reigned in? While monetary reform ideas abound, I believe an important strategy would be to probe to what extent the money creation process is fair. In other words, is the flow of newly-created money associated with rent seeking, or the ability to charge for something you yourself were charged substantially less for? Of course, there is a place for private banks, to recognise opportunities which the public sector is not equipped to, and in this way to take risks in spurring the development of new goods and services that stand to benefit the real economy. Any limits placed on them should therefore be contained at the level before finance becomes speculatory. While ideally, regulation should control this, the reality is that the finance industry use their resources to nudge politicians in many countries in the direction of deregulation.

Many advocate that alongside private banks, or even instead of them, public interest banks, grant-making organisations and government programs should be utilising new money created by central banks in our economies. Instead of loans given out on the basis of sufficient confidence in seeing their return with interest, they say, we should empower actors that can democratically loan and allocate it according to social and environmental criteria. Where there is limited possibility of generating a financial return, grant-making organisations and spending on government social and environmental programs fill the gap.

This is a broadening of the concept of sovereign money creation, where the government receives this new money to pump into public benefit programs. These public entities have vastly differing mandates to private banks. For example, they can have as aim to pursue profit in natural capital terms. When a public interest bank is assessing a potential project, they can assess it in terms of return on investment, but also in terms of how much carbon it stands to sequester, how much water it will retain, how much habitat it will create and so on. In the farther reaches of creative thinking, the value of certain financial instruments could be backed by levels of natural capital, such as the conservation status of endemic species and intactness of ecosystems.

Similarly, a public interest bank could aim for human wellbeing, as expressed by a number of metrics: genuine progress indicator; those related to the SDGs; and  those expressed by the International Covenant on Economic, Social and Cultural Rights. There stands to be much synergy between environmental projects and social outcomes, for example, livelihoods in the eco-tourism sector, and forests that capture rainwater and protect downstream communities from flooding.

One such example of a public interest bank might be a green bank, or a bank that has as its model to lend for green retrofitting of existing businesses: to generate their own solar and wind power, to ensure their operations are energy and material efficient, and re-use their own waste in a circular manner. It need not only be businesses: a household may want to install water-efficient showerheads, solar thermal geysers, insulate their homes, and generate their own compost, but be deterred by steep interest rates offered by conventional consumption loans.

We know where we need to pour money into, in order to enter into the safe space of the doughnut. The latest International Energy Agency report has stated that to align with key climate goals, a renewable energy revolution would cost $1.7 trillion per year by 2050, with savings of 6 trillion annually from reduced pollution costs, better health and lower environmental damage. In 2014, the UN estimated the financing gap to realise the SDGs at $2.5 trillion per year in developing countries. The Institute for Global Prosperity at University College London has published the UK’s first report on Universal Basic Services, calculating that in order to provide citizens with free housing, food, transport and IT, the country would require £42 billion annually.

By allowing money to work toward social and environmental goals, we add genuine value, as opposed to value that may one day vanish, come the first continental megadrought or the rise of an authoritarian government in response to climate change induced migration. Ultimately, sovereign money creation for the common good would positively affect private banking as well. Prioritising investor confidence in profit-making above all else is not a tenable approach to building an economy – it has come at too great a cost, and proved unable to tackle inequality or protect the planet. If money is power, we need to take it back.