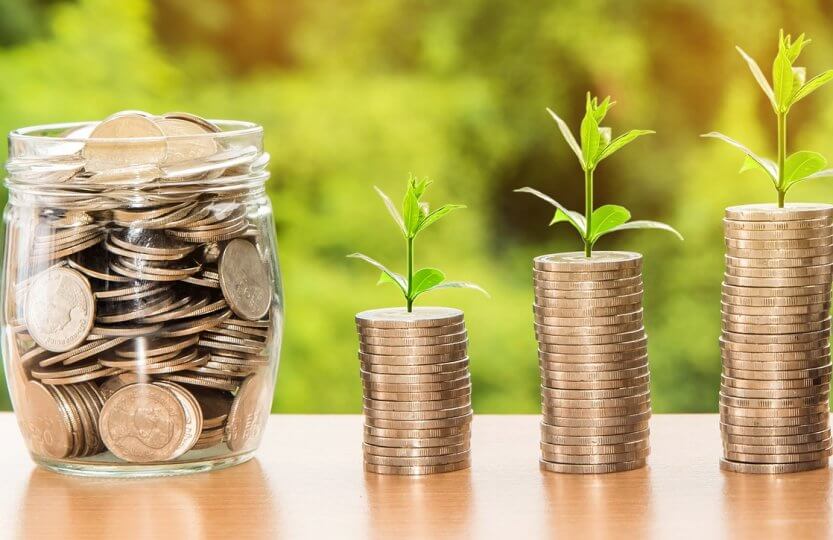 In her bestselling book ‘Doughnut Economics: seven ways to think like a 21st century economist’, economist Kate Raworth advises that we repurpose economics to fulfil humanity’s  goals for the 21st century, and proposes seven mindset shifts to this end.

Recently, Kate Raworth, in tandem with Rethinking Economics – the international student movement for pluralism in economics education –launched a competition for the public to come up with the 8th way to think like a 21st century economist. The article below is the second of three entries submitted by Steven Myburgh, a student in the GCE program.

Internalise the cost of ‘externalities’: from nature as dead-or-alive resource to full-cost accounting.

Traditional economic accounting breaks nature down into its component raw materials, to be fed into the economic system to create an output. In doing so, it ignores how bio-geo-chemical cycles interact with living organisms and abiotic elements to produce natural capital, and indeed how their integrity allows for an economic system to occur in the first place. Thus, this eighth way to think is related to the second: the embedded economy is a subset of the whole earth system, and not the other way around.

When inputs are combined and outputs produced, waste, pollution and depletion of natural capital most often result. Waste might be that which enters landfill (it represents inefficiency and squandered resources), pollution might be nitrogen fertiliser runoff that causes harmful algal blooms in downstream waterways, and depletion of natural capital might be soil erosion. These are termed externalities, and as such are largely not accounted for in our economic systems. While environmental management ensures the worst of certain types of pollution are ameliorated or prevented, it could be argued that the definition of pollution is far too narrow, for example not considering combined effects (synergism) of chemicals and metals in the environment. Similarly, waste is associated with materials that are not highly valued in the marketplace, even though, outside of short-term economic cycles, their future scarcity looms large in many instances. Lastly, depletion of natural capital is in some cases effectively irreversible or causes irreversible damage, at least in timescales that matter to humans and their progeny. One such case of damage is the extinction of species that call many of these ‘natural resources’ home – one may think of palm oil, the tropical rainforests in Sumatra, Indonesia and the critically endangered Orangutan.

I propose that the eight way to think should be to internalise the full spectrum of economic ‘externalities’ into our economic accounting systems, through the use of full-cost accounting and associated regulations. We do not have to start from scratch, there are a number of existing initiatives. Perhaps the most advanced, in terms of its adoption by national economic systems, is the United Nations initiative SEEA, or the System of Environmental-Economic Accounting, which attempts to accurately model the interrelationship between the environment and economies, as environmental stocks change in relation to socio-economic status.

A closely related concept is that of Ecosystem Services, which are defined as the direct and indirect contributions of nature to human wellbeing, and include the provision of direct goods (such as food), the regulation of systems we rely on (such as the climate system), protection from natural hazards, and many more aside. These methodologies combine biophysical assessments with economic measurements and calculations, and increasingly methods from the humanities and social sciences – and provide the potential to inform policymakers of the value of nature alive, functioning and intact, rather than dead, disassembled and liquidated.

While these ideas contain much promise, they remain largely voluntary. To be effective, they would operate within national and international legislation that was effective at stemming the loss of biodiversity and mitigating climate change.

The doughnut speaks to the following 21st century aim: meeting the needs of all within the means of the planet. I believe to comprehend how we do this, it is useful to conceptualise three zones of human activity. Firstly, we have the zone of liberty, where our liberties are defined by their not impinging on the liberties of others. Here, we may follow the religion, marry the person, speak the language of our choosing. And as long as an activity or action was in the zone of liberty, we could practice the livelihood we wanted. Now, I skip to the third, which is the outer shell of the doughnut, and represents the natural bounds we must stay in. An example may be keeping intact a certain percentage of each ecosystem type, and ensuring that there is sufficient connectivity between core protected areas for migration. Here, ecologists and other natural scientists are vital in delineating the red lines that will preserve nature, including both biodiversity and biogeochemical systems that maintain nature. These red lines will give humanity a strong basis with which to preserve our natural capital, preventing its depletion.

The second zone, then, is the zone of adaptive management between the first zone of liberty and the third no-go zone, and relates to economic processes that do cause damage or use limited resources, though damage that can be ameliorated, and use related to a renewable resource. If non-renewable resources are concerned, use should be at a rate relevant to the rate at which technology is developing to reduce or eliminate their use.  In the case of damage being caused, as an example, should the building of a hospital be planned in an area that has a particular rare flower growing on it, a comparable parcel of land that can act as habitat for that same flower should be restored. This zone relates to flexible market mechanisms, such as cap and trade. Thus, full-cost accounting relates to the first zone – to make certain what we practice is true liberty – and the second zone – to manage our production processes in light of where the boundary of the red lines lie, and to quantify the cost and qualify the nature of repair related to the temporary damage or use.

It may be apparent that the eight way of thinking, on its surface, focuses on nature. More holistic and accurate accounting measures, taken in the context of legislation that reflects these zones of human activity, could work on the inside shell of the doughnut as well. There is overwhelming evidence that  protected ecosystems, restoration of ecosystems, climate change mitigation and adaptation and sustainable agriculture, stand to secure peoples wellbeing, including their economic livelihoods. The logic of this is elegantly simple: natural capital produces high returns if it is not liquidated.

Once we can account for the cost of invasive species that spread as a result of the forestry industry, for the amount of soil erosion that industrial agricultural practices cause, for the financial cost associated with every extra gigaton of carbon dioxide equivalent we emit, we can then draw those red lines (some of which would be dynamic over time). And those red lines equate with green jobs: jobs to fell the invasive species, jobs to work on the organic and sustainable farms that require more hands than conventional operations, jobs to erect and maintain solar power installations and wind turbines.