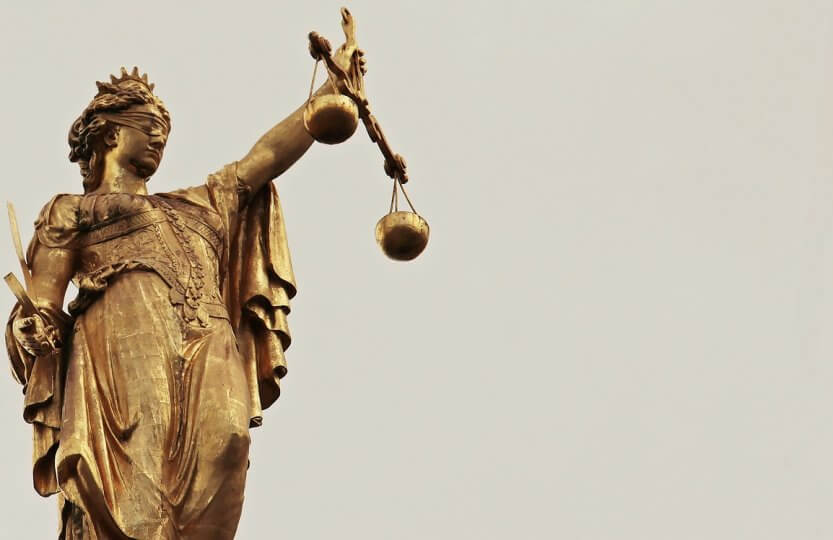 In her bestselling book ‘Doughnut Economics: seven ways to think like a 21st century economist’, economist Kate Raworth advises that we repurpose economics to fulfill humanity’s  goals for the 21st century, and proposes seven mindset shifts to this end.

Recently, Kate Raworth, in tandem with Rethinking Economics – the international student movement for pluralism in economics education –launched a competition for the public to come up with the 8th way to think like a 21st century economist. The article below is the first of three entries submitted by Steven Myburgh, a student in the GCE program.

Use law to shape the doughnut: from hollow economic promises to a strengthening of  economic, social and cultural rights.

Economics does not happen in a vacuum, it is shaped by the policy derived from laws that pertain to civil, political, economic, social and cultural rights, as well as from international trade laws – to mention two of the most significant legal areas, and the two  that I will argue we should relate to economics. The economics profession has long claimed to be value-neutral, but the reality is that economic ‘logic’ is used to justify policies that have ramifications in every realm of life, including in the delivery (or lack thereof) of rights of all kinds.

As an example, many economists have long held that allowing the rich to get richer would result in benefits trickling down to everyone else, until an IMF study rubbished this theory in 2015. Though it can be obscured through biophysical and socio-cultural layers of complexity, economic policy breaches many of our current social and environmental laws and protections. This is seen, as just one devastating example, in the premature deaths of millions around the world annually, due to fossil fuel-caused pollution. Issues such as these beg the question: what will the mechanisms be, to drive a shift for humanity to enter the sweet spot, the doughnut?

Since the Paris agreement’s adoption in 2015, and despite their voicing public support for its goals, the fossil fuel majors have borrowed $1.9 trillion from 33 global banks: used overwhelmingly to expand fossil fuel infrastructure. We know we can’t rely on those who profit under a legal system that lets them off the hook, to bring the change we need. As this example shows, whatever the mechanism for entering the doughnut, it would only be realised on the multilateral level – if nations agreed to a floor of standards, to curtail a race to the bottom where a country loses out in investment and employment terms if they do not competitively ‘cut red tape’.

I argue that there is existing international legal architecture and a set of institutions that needs to be updated, strengthened and streamlined for the 21st century. The realisation of the full spectrum of what should be current and future human and nature rights is vital, in order for us to enter the safe space of the doughnut as a trading, interconnected global society.

While civil and political rights are relatively well established (albeit in decline in some regions), economic, social and cultural rights have some way to go – sadly, the United States stands alone as the only major developed country not to have ratified the International Covenant on Economic, Social and Cultural Rights, even while some countries and regions have used the treaty to inform their own relevant legislation over the past five decades.

Economic, social and cultural rights are the basic conditions required for people to lead free and dignified lives, and indeed include many of the doughnut indicators, such as access to education, housing, food (and water), social security, energy and health services. They are important because they give expression to the reality that our species is reciprocating and interdependent by nature. Law recognises that such rights may not be immediately fulfilled, but requires states to work toward the fulfillment of these rights. Thus, economic, social and cultural rights provide a strong driver for governments to experiment, perhaps through the introduction of increasingly popular ideas such as Universal Basic Services and Full Employment programs. These ideas are especially valid in light of the fourth industrial revolution and the need for a just transition for communities dependent on old forms of energy generation.

Trade law and other initiatives

Trade intimately influences the setting of social and environmental standards, through a proliferation of bilateral and multilateral trade agreements. Many commentators suggest that international trade law, as regulated by the World Trade Organisation, should align with global environmental treaties, in concert with these treaties themselves becoming legally binding and thus acquiring the associated enforcement teeth. A body of academics suggest this would be an opportunity to tackle the fragmentation (and thus limited effectiveness) of  global environmental governance. A majority of nations having the requisite suite of harmonised rights in place, would ensure that a reasonable standard is set for international trade, where every mining company, every agricultural sector and every forestry corporation would be held to the same labor, environmental, and prior and informed consent standards that each one of their competitors is, no matter in which country they do business.

In addition to a push by civil society to secure the next frontier of rights – economic, social and cultural – there are a handful of legal efforts that stand to have positive implications for our present and future societies, including our economic systems. Ecocide law advocates for a legal duty held by governments to protect citizens from dangerous industrial practices, such as the emissions of greenhouse gases by fossil fuel majors. The Treaty on Transnational Corporations and Human Rights, now being refined by a UN Intergovernmental Working Group, was the result of a global campaign to end the impunity of the strongest of economic multinational and transnational actors in developing countries. The Rights of Nature movement advocates for the granting of inalienable rights to nature, by uprooting the legal classification of nature as ‘property’,  and granting it the legal right to ‘exist, persist, maintain and regenerate its vital cycles’, in the light of anthropogenic threats. While some progressive constitutions, such as South Africa’s, recognise the right to a healthy and clean environment, this is still based on an anthropocentric view with limited interpretation and effectiveness, even in terms of human well-being. Its corollary, an effort by some to strip corporations of their status as legal persons, exposing actual people to responsibilities and implications concerning the effect of their decisions on people and planet. In addition, these efforts are also intimately tied to the idea of the rights of future generations, or the unborn: in order to persist on this planet, future generations will require for the planet to be livable.