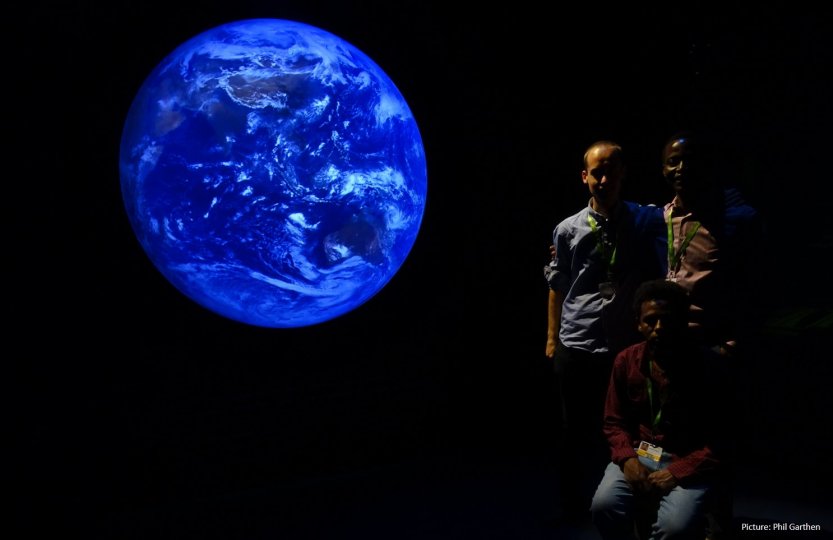 “Human actions threaten more species with global extinction now than ever before.” (p. 11)

“Nature across most of the globe has now been significantly altered by multiple human drivers, with the great majority of indicators of ecosystems and biodiversity showing rapid decline.” (p. 11)

“Climate change is a direct driver that is increasingly exacerbating the impact of other drivers on nature and human well-being.” (p. 13)

“In the past 50 years, the human population has doubled, the global economy has grown nearly fourfold and global trade has grown tenfold, together driving up the demands for energy and materials.” (p. 13)

These sentences are some of the main messages of the recently published “summary for policymakers of the global assessment report on biodiversity and ecosystem services” of the “Intergovernmental Science-Policy Platform on Biodiversity and Ecosystem Services” (IPBES). IPBES is an independent intergovernmental body and supported by the UN. Its task is the scientific advice of policymakers in the field of biodiversity and ecosystem services. Sometimes, IPBES is compared with the more well-known “Intergovernmental Panel on Climate Change” (IPCC) where scientists are supporting the policymakers in the field of climate change.
Written by scientists, the text of the summary of the global assessment report is matter-of-fact but the content is very worrying: The loss of biodiversity takes place at an alarming rate. Around 1 million of species are in danger of extinction in the coming years and decades. The current global rate of species extinction is “already at least tens to hundreds of times higher than it has averaged over the past 10 million years”. The scientists also conclude that “seventy-five per cent of the land surface is significantly altered, 66 per cent of the ocean area is experiencing increasing cumulative impacts, and over 85 per cent of wetlands (area) has been lost.”
However, the alarming sentences are the final results of a multi-annual process: According to IPBES, the report underwent a process of 3 years and was prepared by 150 experts from 50 countries. It is the first intergovernmental report about the global state of nature, ecosystems and ecosystem services ever.
The original main report comprises more than 1,000 pages which are summarised in the 39 pages of the summary for policymakers (so that everyone has the time to read the urgent main messages). However, the report needs to be adopted by the 132 member states of IPBES to become official.
Every year, the member states meet to adopt reports and/or to take further decisions. The recent seventh session of the IPBES Plenary (IPBES 7) took place at the UNESCO headquarters in Paris from Monday, 29 April to Saturday, 4 May, 2019. 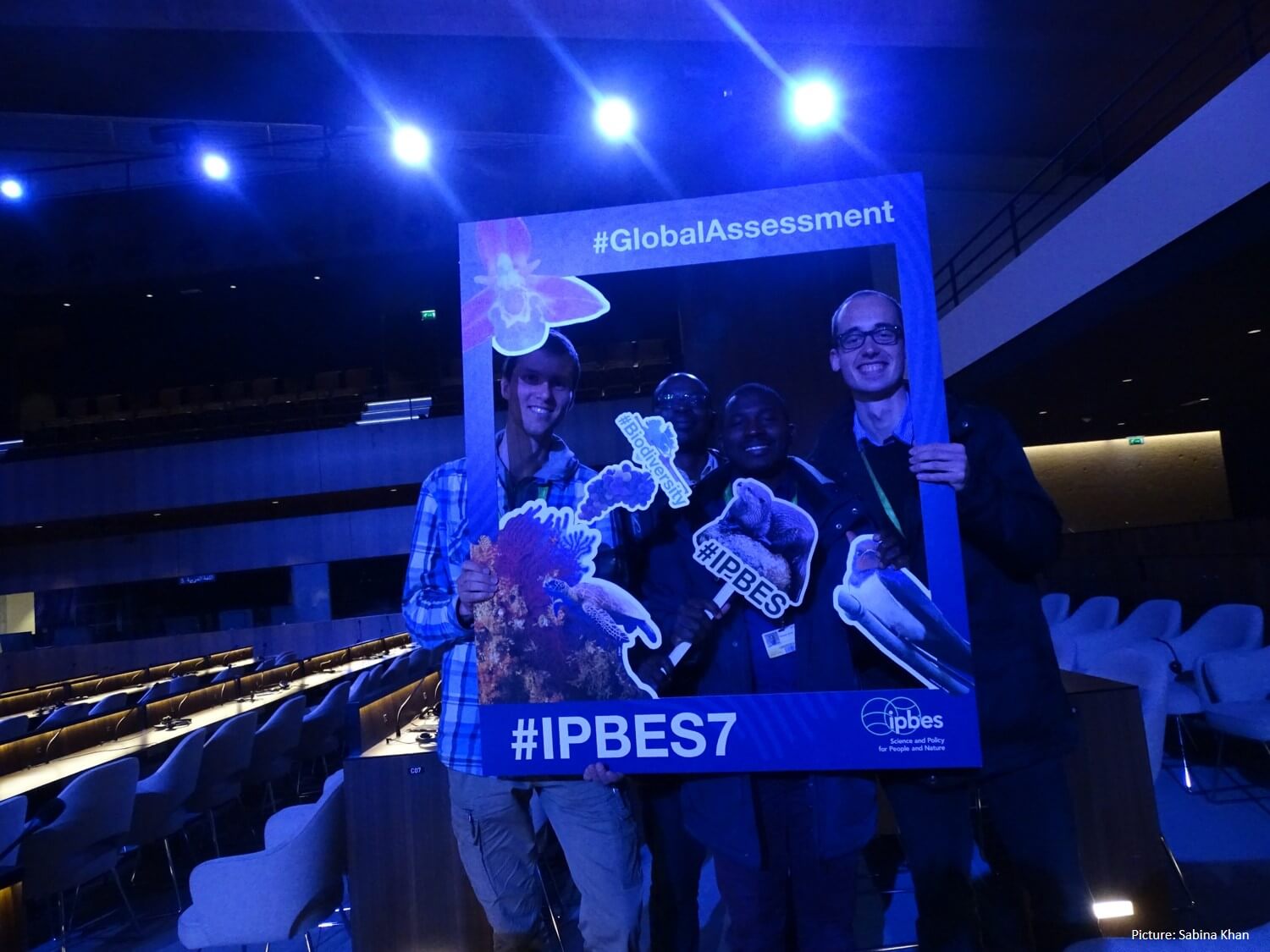 Here, around 30 of us GCE students come into play. Because our master´s programme has an “observer status” during the IPBES plenaries, we students could attend the negotiations. The day before the plenary started, the stakeholders came together at the UNESCO headquarters. One could meet representatives from many different interesting organisations, for example representatives of indigenous people. I was surprised by the degree of active involvement of the indigenous people in the IPBES activities. During the stakeholder day, the documents which should be adopted at the end of the plenary session were presented. The summary of the global assessment report was not the only document but the most prominent one during IPBES 7. In addition to that, some of the most important people during IPBES 7 came on the stage like the (former) IPBES chairman Robert Watson, the Executive Secretary Anne Larigauderie or the leading authors of the global assessment report. All in all, the stakeholder day was very useful to get an overview of the coming days.
On the next day, the seventh plenary session was inaugurated. The opening started with a touching performance of young dancers who symbolised the beauty and importance of an intact nature. In my opinion, it was a statement that the older policymakers should not forget the needs of the younger generations during the negotiations. During the next days, we master students were the “youngest” people at IPBES 7. The performance was followed by some speeches like a speech given by François de Rugy, the French environment minister.
In the evening, there was a reception at the National Museum of Natural History. I think it was a good plan of the organisers to start the first day with the impressive dancing performance and to finish it in a museum with dining next to a multitude of exhibited animals. The animals were showing the beauty of diversity and symbolised the final call to take actions to prevent that museums will become the last “habitats” of those species. 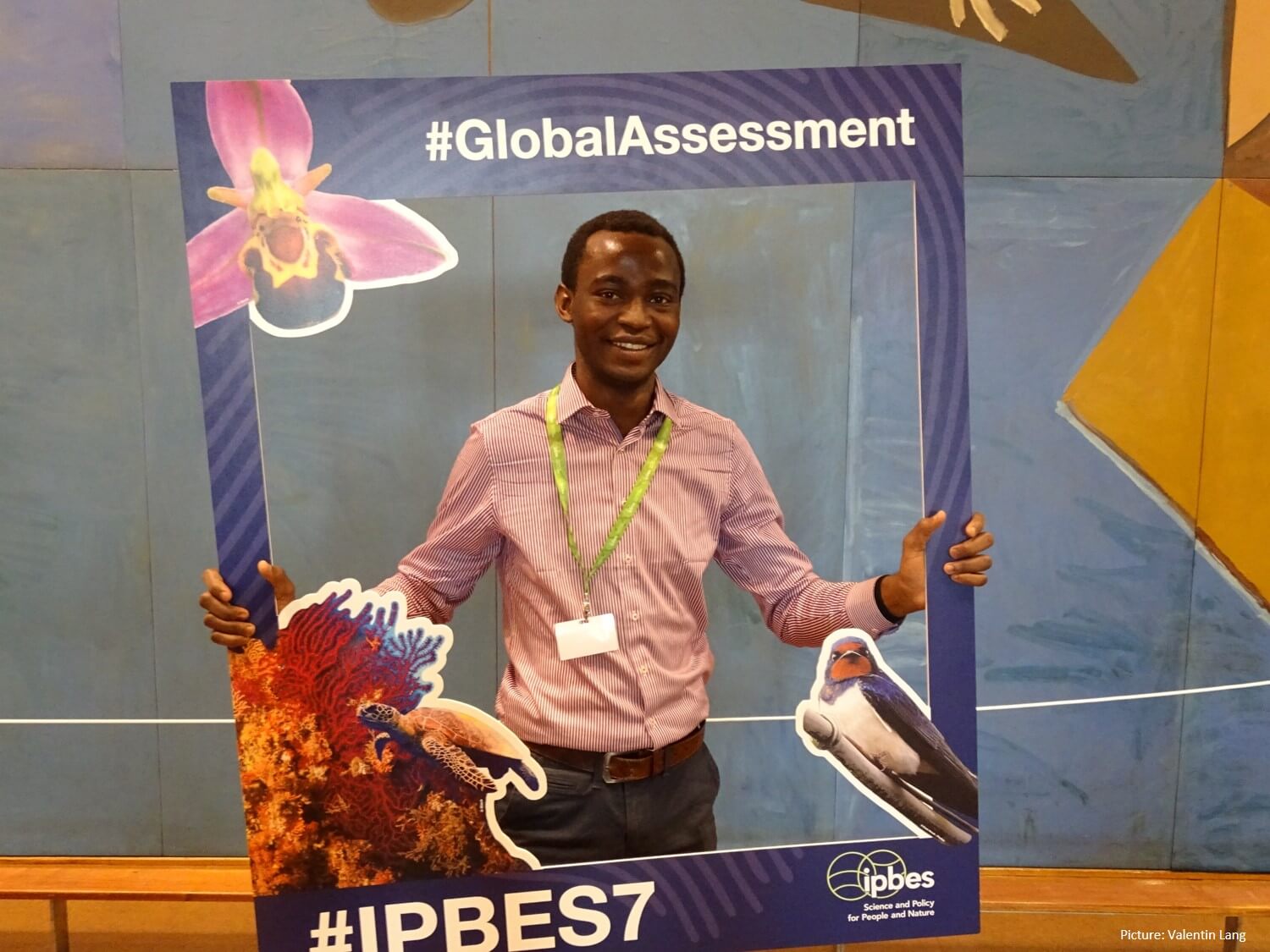 In the following days, IPBES 7 worked in different groups on different issues and documents. I mainly joined the working group on the global assessment report. The process was the following: Every sentence of the summary for policymakers had to be approved. To do so, the respective paragraph was projected on the screen. One of the scientific authors presented the respective paragraph and explained what was modified compared to the previous version (before the plenary session, the member states could submit requests for modifications). Subsequently, the delegates of the member states had the chance to propose modifications for the current working document. The chairman had the task to lead the discussions and to find compromises and the present authors answered questions and paid attention that the modified sentences were scientifically acceptable. The discussions continued up to the point where every delegation could accept the respective sentence. This means in practice that the discussions about some sentences and paragraphs took hours. If the parties could not find a compromise, a so called “friends of the chair” group was formed. Every interested delegation could participate in the “friends of the chair” (which usually met during the official breaks) and negotiate up to the point where everyone could agree to the compromise.
Already after the first paragraph, the working group was behind schedule. The delay became worse and worse. With increasing delay, the chairman became more and more worried and tried to speed up the negotiations. Interestingly, mostly the same countries piped up whereas other delegations did not say anything. The summary of the global assessment report had to be approved by Saturday at 18.00 o´clock at the latest. In the meantime, I was afraid that the negotiations will not succeed. If the global assessment report had not been approved, it would have been a big setback for the scientists and stakeholders involved, for IPBES and especially for the protection of biodiversity. However, looking back, I guess the lack of time is common in international negotiations. Shortage of time increases pressure on everyone. Because of the pressure, “friends of the chair” groups were formed more often, the chairman became stricter and the negotiations were extended into the night at the end.
Fortunately, the concluding plenary session could approve the summary of the global assessment report on Saturday. A big applause and gladness was the result. 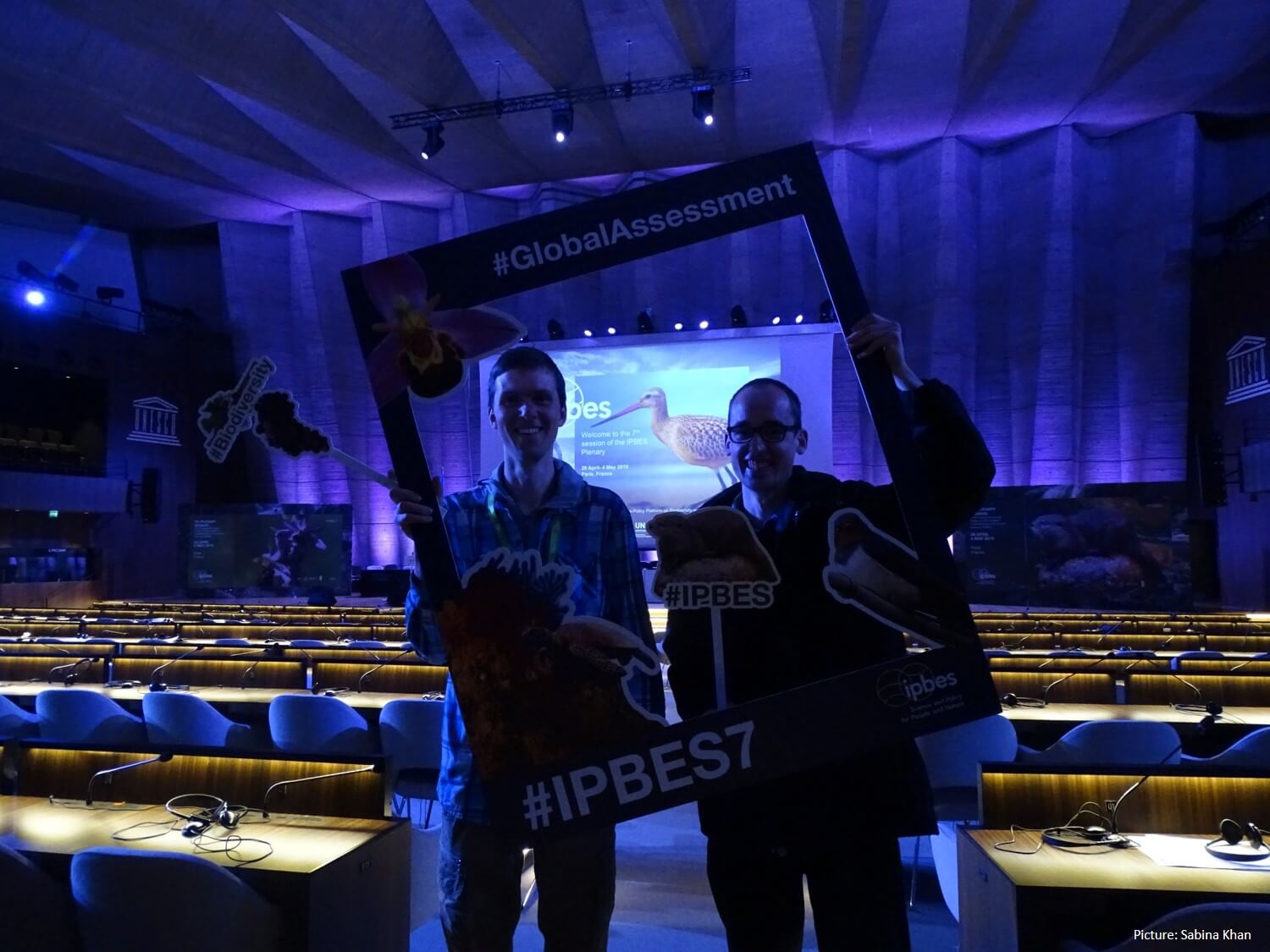 I have learned a lot in Paris during the week. Now, I am reading sentences like the cited ones at the beginning of this article in a different way. Now, I understand better that every sentence is the result of hard work of scientists and policymakers from all over the world and that every written word as well as missing word has a very specific and deliberate meaning. Now, I understand why some sentences sound circuitous because they are the results of compromises (I tried to avoid to cite those sentences at the beginning).
In addition to that, I have learned how IPBES by itself and how international negotiations in general are working. The idea to bring scientists and stakeholders together with policymakers seems to be very promising. My impression was that the people working for IPBES are very friendly and motivated to protect biodiversity. It was unique that we master students could attend the plenary session where the global assessment report was adopted. The report was the main news in media and it could become the foundation for new international measures to protect biodiversity. By itself, the report has no direct political consequences but because of its approval of 132 countries, the scientific information about the worsening of the state of our global biodiversity is internationally accepted now and politics cannot ignore it anymore. Currently, a new UN framework agreement for biological diversity is prepared which shall be adopted in 2020. Now, the decisive question is: How will politics, the society and every individual person respond to that? For me, IPBES 7 stands for huge concerns but also for hope at the same time. Both, a failure but also a change is still possible. It depends on everyone of us, which direction future will go.
The IPCC reports influenced our awareness of climate change and forced politicians to react. Thanks to the mainly young people of the “Fridays for Future” movement, climate change is rightly one of the most prominent topics these days. However, besides an appropriate climate, humans also depend on biodiversity and the ecosystem services. Climate change and the rapid decline of biodiversity are two of the most urgent problems of the 21st century.
The global assessment report of IPBES is helping to raise our awareness of the need to protect biodiversity. Now, we should take advantage of this momentum, move forward and orient our behaviour on the insight that we need “Biodiversity for Future”!