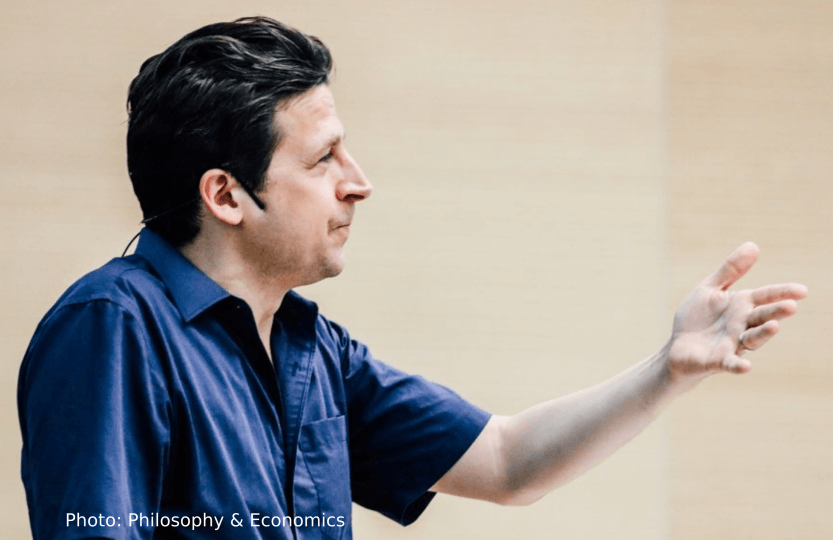 Climate change will have a serious impact on humans – our generation and the generations to come. Have we just borrowed the earth from future generations?  Do we have an obligation to hand over the world unharmed to our children and grandchildren? To answer these questions, Prof. Joseph Heath, professor of philosophy from the University of Toronto held a five-days lecture about the topic “Climate Change and Obligations for Future Generations” at the University of Bayreuth. Global Change Ecology students had the chance to talk with him about failures and innovations, why the limits to growth movement is based on a false assumption, disclosure rates and that everyone of us should do something about climate change :

Thank you very much for these inspiring lectures. Could you tell us, why you started to address the issue of climate change?

So, I’m from Canada and in Canada this is actually an extraordinarily decisive issue, because Canada has enormous proven oil reserves and fossil fuel production is a major part of the economy. But we also have enormous potential for renewable energy. And so, portions of the country get all the electricity from hydroelectric power and therefore have a minimal carbon footprint. Other parts of the country have just absolutely outrageous carbon emissions by pumping out literally the dirtiest, most polluting oil in the world. (Editor’s note: In Canada tar sands are very common.) There is a very intense political conflict that has a regional dimension in Canada about what we should do about climate change. And of course, being next to the United States, there is a huge temptation to wanting to do nothing about it. I do think we have an obligation to do something about it. But, there isn’t anything like a policy consensus. Anything you say is going to be strongly contested. In part, because there is such a conflict of interest within the country concerning this issue. So, you really have to have good arguments for your policy because there are going to be people disagreeing with anything anybody says on the question. That was how I got interested in this topic. In many ways, it is the most pressing political issue in the country.

What are – in your opinion – the major changes society will face due to climate change?

Well, that’s a good question. It depends on how we respond to it. If we do nothing, and climate change occurs, then I think, the major impact is going to be climate refugees. It’s probably where the most significant damage it’s going to be caused. It is actually one of the damages that is harder to quantify. But if you have a large-scale collapse of agriculture in a state like India or if you would have extreme weather dispossessing millions of people… Just look at the chaos that ten million Syrians refugees have caused and think now about what 200 millions or 400 millions refugees looks like. (Editor’s note: However, Syrian refugees are not climate refugees.) That can easily overwhelm our political systems.  And also, none of our current refugee systems recognizes climate refugees because they get classified as economic refugees. And so, there is a huge conceptional difficulty in how to handle that. I guess that’s the big issue.

But I think that, if we respond appropriately to climate change the biggest impact is going to be technological development in our energy systems. Because one of the things about energy is that the 20th century was a period of almost total stagnation in the development of technology – in energy systems. Almost all of our energy systems are actually 19th century technology. So, if you look at electricity, batteries, steam engines, internal combustion engines – I mean somebody from the 19th century let loose today would be able to recognize the basic technology that we are using. Whereas in terms of information technology someone from the 19th century would not recognize anything, right? There have been all kinds of areas in which there’s been huge technological innovation. And energy has been completely stagnant. And I think the major reason for that is that fossil fuel was so cheap and it provided so much energy that there was no reason to research alternative energy strategies, because it was as close to free as it could get. So, I think climate change gives us a good reason to get more serious about technological innovation in energy systems. And if we respond appropriately we will also create incentives for people to do that. So, I am actually a technological optimist about energy systems. And you could imagine a world in which the constraints of scarcity on energy would be very significantly lifted through technological innovation. So that would be the happy outcome of how we respond to climate change. 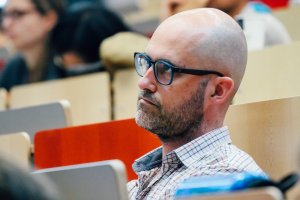 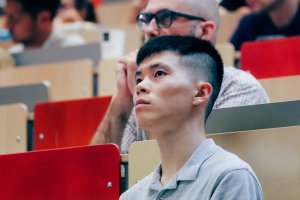 What should policy do to deal with the issue of climate change?

The overriding imperative is that you need to price carbon. That’s the crucial thing. And there are agreements about how people see that working. Coming from a country where there is this massive internal conflict over fossil fuel, the idea that you are going to tell people for example in Alberta (the state where the oil sands in Canada are): “Oh, this stuff has just going to stay in the ground, you just can’t dig it up” is actually politically impossible given the wealth associated with it. I have difficulty in picturing any global governance system whereby we all just agree to rules about emissions and everybody obeys that and this permanently resolves the problem. I can’t imagine that happening.

What’s really important is that the appropriate incentives are created for technological innovation. What resolves it in the short term are policies like carbon taxes and emissions trading. But the long-term solution has to be technological. Otherwise people are going to dig up the oil because it is basically energy, highly concentrated energy, just sitting there. And so, the temptation to use it is overwhelming. I think the policy response should be pricing, that is the crucial thing, because pricing targets exactly the problem of carbon emissions. But the rationale for that is to make it in a way that the unfair competitive advantages fossil fuels have enjoyed over other energy systems get eliminated. Right now the problem is that it doesn’t pay to research or to invest in solar energy, wind energy and so on, because people burning coal don’t have to pay for the carbon emissions. It’s an unfair advantage that they have.  We have to get rid of that unfair advantage to motivate people appropriately.

***Find all pictures and the stream of the Wittgenstein lectures on the facebook page of the study programm “Philosophy and Economics”. https://www.facebook.com/philosophyandeconomics/ ***