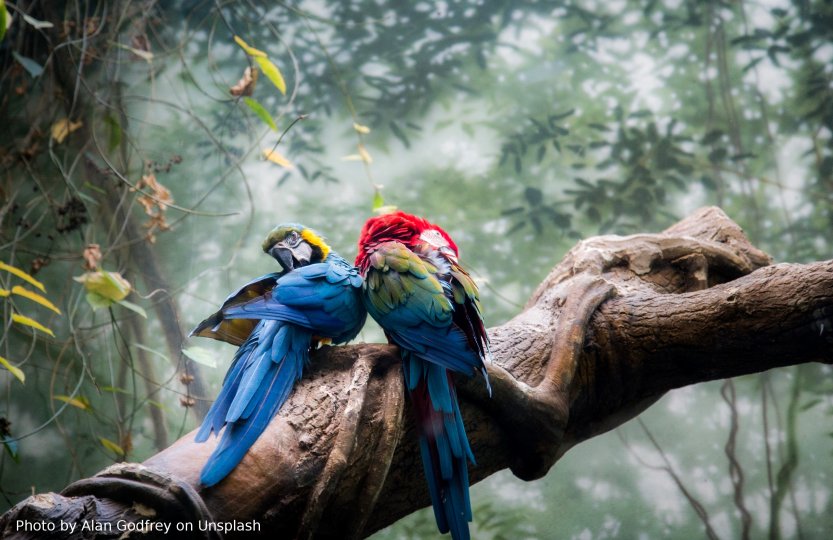 Human well-being at risk: Landmark reports highlight options to protect and restore nature and its vital contributions to people

A few days ago, the 6th plenary meeting of IPBES (Intergovernmental Science-Policy Platform on Biodiversity and Ecosystem Services) ended in Medellin, Colombia, where the regional assessments of biodiversity and ecosystem services for Africa, the Americas, Asia-Pacific, Europe and Central Asia were approved. The extensively peer-reviewed reports are providing answers for the questions: Why is biodiversity important? Where are we making progress? What are the main threats and opportunities for biodiversity? And how can we adjust our policies for a more sustainable future?

The assessments are carrying an important and urgent message: Biodiversity is still rapidly declining in all regions of the world. And it is unlikely to stop. Threads for biodiversity loss are manifold: Habitat loss, overexploitation and unsustainable use of natural resources; air, land and water pollution and in increasing numbers and impacts of invasive alien species and climate change are just a few examples.

But there is also good news, says Sir Bob Watson, Chair of IPBES: We know – in theory – how to protect our nature and there are a number of positive examples out there. We must act fast, if we want to protect “not only the future we want, but even the lives we currently lead”.

“Human-induced climate change, which affects temperature, precipitation and the nature of extreme events, is increasingly driving biodiversity loss and the reduction of nature’s contributions to people, worsening the impact of habitat degradation, pollution, invasive species and the overexploitation of natural resources.” Dr. Jake Rice (Canada), co-chair of the Americas assessment

In a business as usual scenario, climate change will be the fastest driver of biodiversity decline in the Americas by 2050. In the Americas, there are 31% less species than in the time of the first European settlers. Within two years (in 2020), the loss could be increasing up to 40%.

There are local communities, whose practices, such as polyculture or agroforestry, have the potential to increase biodiversity again. However, these lifestyles are greatly challenged by the so called “modern lifestyle” and are likely to decline more and more. This will cause a loss of indigenous knowledge and traditional practices that are originally enhancing biodiversity.

“Africa is the last place on Earth with a wide range of large mammals, yet today there are more African plants, fish, amphibians, reptiles, birds and large mammals threatened than ever before by a range of both human-induced and natural causes.” Dr. Emma Archer (South Africa), co-chair of the African assessment

The report states that up to now 500 000 km² are already degraded in Africa due to overexploitation, erosion and pollution. This area is as big as Germany, Austria, Belgium and the Netherlands together. The biggest threat to biodiversity is the increasing  population which is expected to double to 2.5 billion people by 2050. Especially the marine and coastal ecosystems – having a significant economic importance – are under threat. A continuous degradation can therefore have serious implications for tourism as well as for fisheries, food security and the overall marine biodiversity.

An overall decline of biodiversity was reported, but there was also a success in increasing protected areas. The forest cover increased by 2,5% over the past 25 years. There are, however, doubts whether these efforts are sufficient to stop the overall decrease of biodiversity. This is mainly due to the reported decline of values of nature’s contributions by the people in that area. Apart from that, the biggest threat to biodiversity is the increasing variety and abundance of invasive alien species. If the practices continue like nowadays, the report states,  there will be no exploitable fish stocks by 2048 and up to 90% of the corals will be exposed to severe degradation by 2050, even under conservative climate change scenarios. The most threatened ecosystems are forests, alpine ecosystems, inland freshwater and wetlands, as well as coastal systems.

Europe and Central Asia are facing a rapid decline of biodiversity mainly due to increasing conventional agricultural and forestry practices. But there are also some examples of sustainable agricultural and forestry practices. Nevertheless, Europe and Central Asia are facing a loss of associated indigenous and local knowledge and practices. Additionally, only 7% of marine species and 9% of marine habitat types show a ‘favourable conservation status’. The report stresses that economic growth needs to be decoupled from the degradation of biodiversity to facilitate sustainable development.