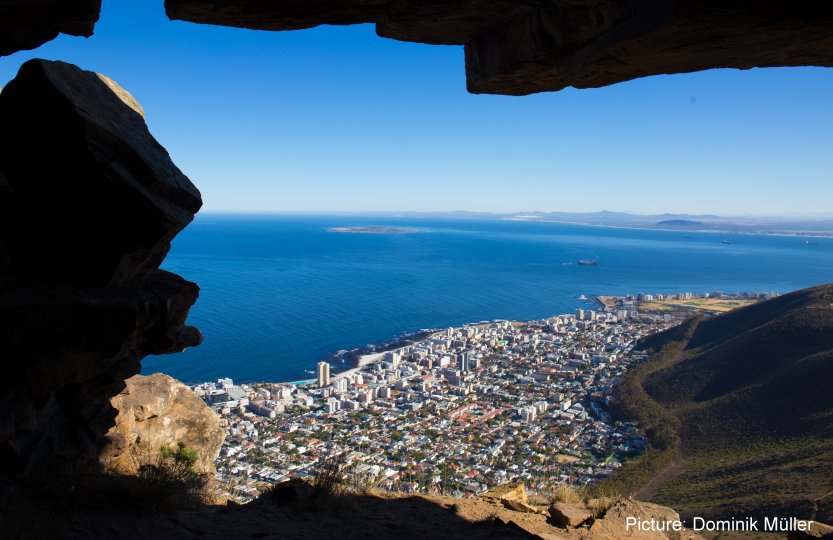 Some weeks ago, I had the possibility to be part of a block seminar about development planning. Development planning means to plan a town or even only a district of a city in a developing country. But what exactly is development? Does it necessarily have the aim to reach the standard of living that we have here in Europe? Or could development also mean something different? We should figure it out during this very intense weekend – or respectively, at least touch the surface of this difficult topic.

The whole seminar group consisted of only eight students, quite small, quite private. And quite lucky as we should see. Because eight people means eight different point of views and eight different attitudes. In our group, we had different backgrounds and different mentalities: Our group was like a mixed salad, with French, Ugandan and German ingredients. Different ways of thinking are a challenge in a group work – but a very interesting and life-enhancing one. So, with eight people in the whole seminar we were quite lucky, more could have been difficult for this topic. The more people, the more opinions that have to be taken into account.

We got split up into two groups. In these groups we worked for 2.5 days nonstop on solutions for generating better living conditions for the residents of a slum in Cape Town, South Africa. They should be resettled into another area – with support of the city’s government. But this resettlement didn’t only concentrate on the building of the houses, also social problems such as widespread alcoholism and unemployment should be dealt with. We had a certain area available and a certain amount of money for the project – the different requirements we had to fulfil in the task made it quite hard to find a solution that was acceptable for everyone. Sometimes it even seemed impossible.

For our group, it was most important to primarily support the most vulnerable ones of the community: single mums and elderly people. They are especially prone to poverty because many single mums do not work due to different reasons such as traditional roles or no proper education. Older persons and couples are also often unemployed just because the are not young and strong enough to do heavy or time-intensive work anymore. Other groups of the population were young couples and families with different incomes – ranking from very low salaries to almost middle class. These were distributed to different house types according to their income and their abilities to build houses by themselves.

What hard work that was! Not knowing how real life looked in this area made it quite a guessing game. Some of the group members had been to some African countries before, but how could we even dare to generalize something? Looking at Germany, we know that stepping outside Upper Franconia can mean to step into another world already (exaggeratedly spoken of course) – comparing countries with each other would therefore be like comparing apples to pears.

In the end we found a solution that every group member was satisfied with; but be sure that this was the result of almost endless discussions, quick tempers and innumerable changes. And still, in the end we remained unsure if this would be a right thing to do: to go to another country, assume that everyone wants to live as we do – regarding a totally different culture and lifestyle. In some ways, we felt a little bit like colonialists – well, like colonialists with a conscience.