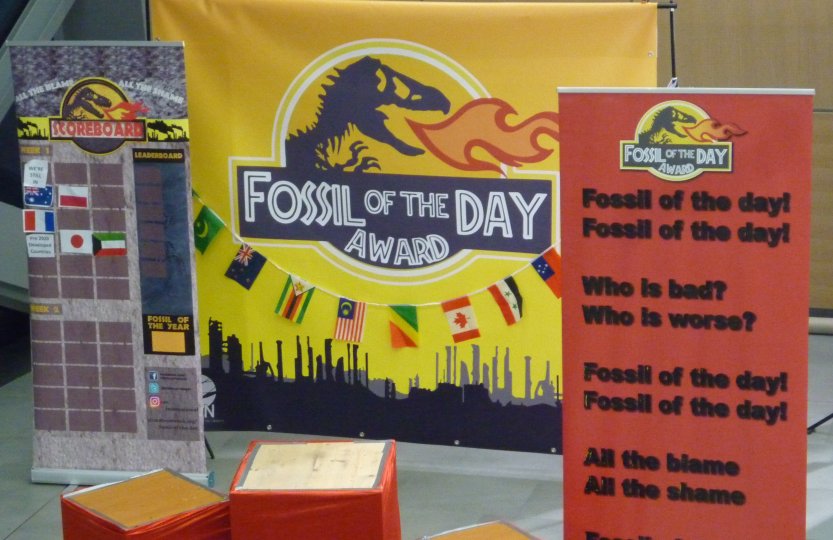 The “Fossil of the Day” Awards exist since 1999 and are an initiative of the Climate Action Network (CAN) to ironically honor those parties, countries or organisations which act in a bad manner, hindering the progress of the negotiations at COP and counteracting the common will to achieve the climate target set in the Paris Agreement. Aiming for the attention of delegates and directly pointing fingers at the “bad ones”, the Award “winner” of every conference day is announced at 6 pm in the Bula zone in the foyer of the
World Conference Center.

“To those who are the best at being the worst, to those who do the most to do the least”

In the first week of the COP23 the following bodies have been awarded with the ironic “Fossil of the Day” price: