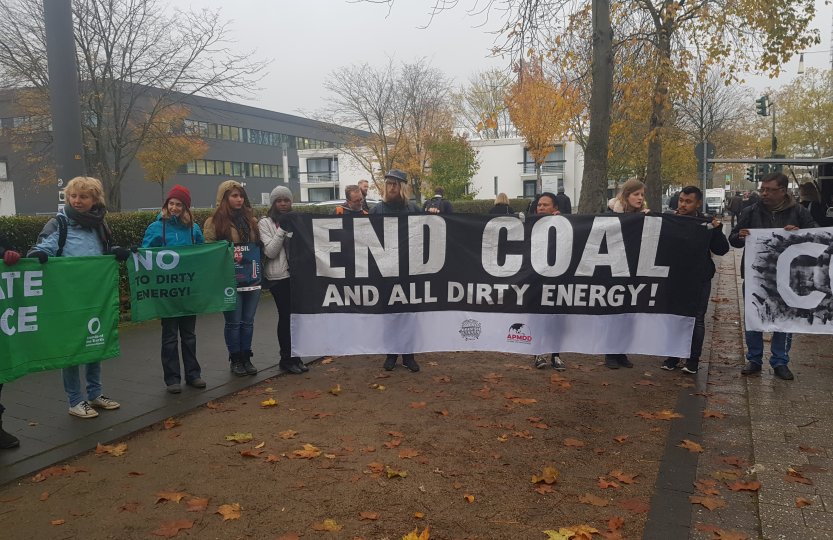 However, the Bula zone was specially characterized today by the presence of several activists protesting against coal mines and asking for climate justice. We could hear slogans such as:

Just for a short recap, coal is one of the biggest contributor of greenhouse gases emissions and in some countries of the world, the main primary energy source. In the US approximately 67 percent of the electricity comes from burning fossil fuels, mostly coal and natural gas. Of course, holding temperature increase to well below 2°C and to pursue efforts to limit the temperature increase to 1.5°C above pre-industrial levels as adopted in the Paris agreement requires a rapid decarbonisation of the global power sector.