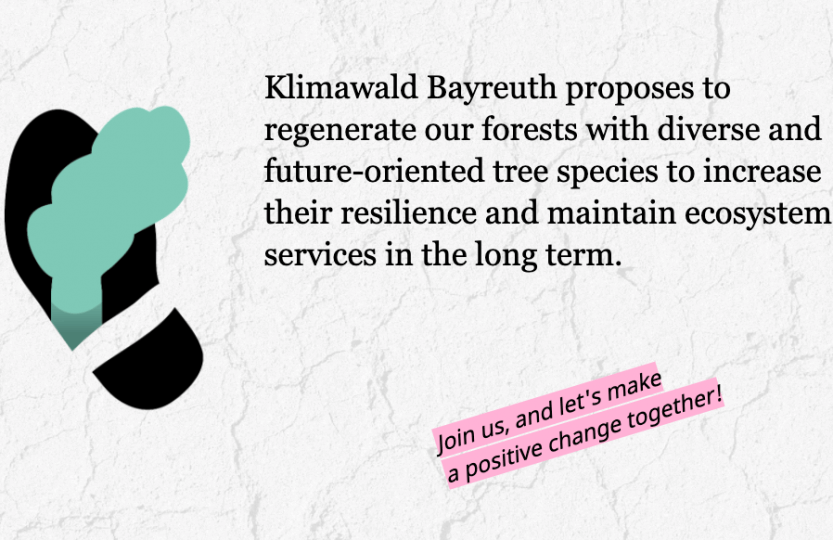 German Federal Minister for Economic Cooperation and Development (BMZ) Dr. Gerd Müller, in the German Action Plan titled “The world needs forests”, described forests as the lungs of the earth. Ironically, today coronavirus is attacking the lungs of a human body. If we compare the corona crisis to climate change, hypothetically, we find that just like corona is taking thousand of human lives every day across the globe and putting millions at risk, climate change is doing the same to us humans and our environments. In this hypothetical scenario, forests are at the risk of frequent droughts due to climate change as human lungs are at the risk of infection due to the coronavirus. Now, if we want to protect the forests, what options are on the table?

Again, taking the corona crisis as an example, what we are doing now is trying different available antiviral drugs, convalescent plasma therapy and undertaking vaccine trials. In our hypothetical scenario with forest and climate change, the Klimawald (“Climate forest”) concept is like a combination of two methods: antiviral drugs and convalescent plasma therapy. Wherein the former is about using a certain combination of existing drugs to treat the disease, and, the latter involves transfusion of plasma from a COVID-19 recovered patient into an infected patient. Thereby, the antibodies present in the plasma of the recovered patient helps to neutralize the SARS-CoV-2 virus in the infected patient. Similarly, in our climate forest, a species is selected to be planted for its ability to tolerate drought or the ability to enhance the resilience of the forest in future climatic conditions. We planted 11 species of conifers and broad-leaved trees; 7 of them are native; 4 come either from Southern Europe, the Mediterranean mountains or from North America.

Now, let us move on to the real world, where things are more complex and challenging. Just like it is not easy to convince people to adopt social distancing, it is not easy to bring people from diverse backgrounds and different interests for a common cause. “Why did we build Klimawald?”, “What was the need?” and “How far we have succeeded?” were some questions we asked ourselves. We acknowledge the responsibility of maintaining the beauty of this planet in a way that it was given to us. Centuries ago, Ludwig van Beethoven said, “How happy I am to be able to walk among the shrubs, the trees, the woods, the grass, and the rocks! For the woods, the trees and the rocks give man the resonance he needs.” We hope our future generations will be able to describe the beauty of forests as he did.

The project Klimawald began under the title “Carbon Offset Week” in which we – the initiators –  wanted to organize a planting campaign for people who wish to offset their carbon emissions. When the Office of Land, Forest, and Agriculture (AELF) and Hospitalstift willingly offered a hectare of land for plantation, the concept of “Carbon Offset Week” was revised. Now, the aim was not only to plant trees, but also to restore a damaged forest, and, therefore, with Dr. Gregor Aas and Dr. Birgit Thies we developed the concept of Klimawald (“Klima” meaning climate and “wald” meaning forest in German). We identified four major threats to German forests: low species diversity, long and intensive droughts, the velocity of climate change and the dispersal rate of trees. Klimawald model suggests thinning, planting diverse species, and selecting future-oriented species. We built Klimawald to acknowledge our carbon footprints, take responsibility for the impact of human-induced climate change and contribute to prepare forests for future scenarios.

Ecologist Eugene P Odum once said, “The future belongs, not to those who have the most, but to those who do the most with what they have”. In our case, we had one hectare of forest land which was converted from spruce-pine forest to mixed forest with the help of scientists, forestry practitioners, students, and citizens. Apart from the human resources, the financial resources for the project were covered through donations and support from our partners. The success of a project depends on how an action is followed up by another. In the case of Klimawald, the planting event in spring was followed by two watering events in summer. The average survival rate was about 90% at the end of August 2019.

What we learned from this project is that the knowledge can be translated into action when individual interests synergize. Klimawald also showed us a way to hold dialogue with different sections of our civil society. Some of our partners and supporters who had never worked together found common grounds to cooperate. The idea of Klimawald not only generated interest among the citizens of Bayreuth, but it has moved beyond its borders and motivated students from Höxter to develop their own Klimawald Höxter. It also led to the development of a similar project by our team members in South Korea. In the meantime, the Klimawald site has become a spot for excursion and environmental education. The project also stirred a debate on the model of climate forests. In the forthcoming year, we want to improve the project, build close networks and take further actions.

Overall, the experience of developing an idea of Carbon Offset Week into a Klimawald project was very enriching. According to a Korean proverb, “고생 끝에 낙이 온다 (gosaeng kkeute nagi onda)”, delights come at the end of hardship (English translation), and a delightful moment has arrived in the journey of Klimawald. Out of 160 projects in Germany, Klimawald is now nominated for the award “Blauer Kompass 2020” of the German Federal Environment Agency. Apart from three jury awards, there is an audience award for which the voting has already begun, and we are in the second spot as of April 15, 2020. Global Change Ecology (GCE) is an international study program and so is our team. The diversity of nationalities is a strength of GCE students. And to confront a global problem like COVID-19 or climate change, we need this strength!

On the same address,

You can vote for us,