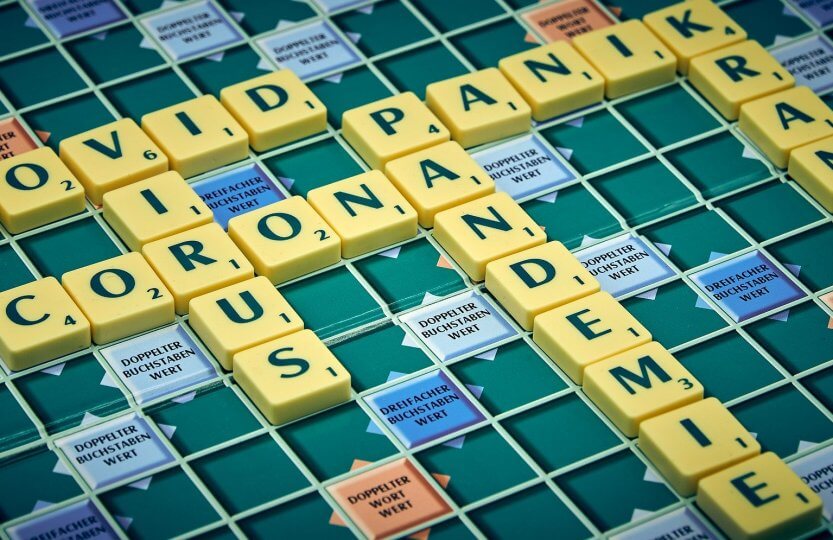 COVID-19 has been valuable in showing us that nothing stays the same. The background atmosphere of calm, of largely well-functioning societies, of peace and safety is not guaranteed to us because of advances in democracy, the economy, ‘civilisation’ or technology. As far out of our control as the virus may seem, it is inherently more manageable than planetary scale global change. Between the first appearance of the virus and when it finally subsides, we are able to throw all our prepared resources at it – WHO protocols, rapid testing kits, short-term policy to prop up the economy and support workers, and disaster declarations that enforce behaviour change. With climate change, by the time governments begin to take drastic action, its inbuilt momentum may overwhelm us. We have control over much, but the crossing of myriad thresholds and interacting feedback loops may signal our fate. We currently do not have the technology or the land to re-absorb carbon from the atmosphere at the rate that is likely required to avert crossing temperature thresholds, as we continue to pump out ever more carbon emissions. Technological optimism may be warranted in terms of a virus, but not in terms of dealing with unimaginably vast stores of carbon in permafrost in the soils, biomass in forests, oxygen-producing phytoplankton and methane ice in the oceans, all of which act as bombs, waiting to be triggered by a rise in temperature and subsequent biogeochemical processes beyond our control. This shortcoming of technology in its ability to deal with our problems, is reflected in the latest Global Risks Report by the World Economic Forum, with warnings that the top five risks, in the last few years, have come to all be environmental, with climate change topping the charts and economic risks now absent.

Anthropologists point out that part of what makes humans unique amongst species is communication to be able to undertake unilateral, coordinated action towards certain ends. In the face of climate change and biodiversity loss, our limits have become apparent. This may be because humans are also hardwired towards prioritising risks that they can sense using their evolutionary instincts – generally short-term and visible. See more and more people wearing masks, and progressively emptier public spaces, and the message gets through. Evolutionary psychologists tell us this makes us bad at decisions that require long-term planning horizons and indirect threats, and at making sacrifices without immediate or tangible reward. Therefore, it is critical to have leaders that can foment institutional, technological and behavioral change towards climate change mitigation and adaptation, even if certain stakeholders are resistant. The pandemic has shown us that we are indeed capable of acting swiftly, decisively and effectively on a major threat to our wellbeing.

The type of reaction needed is made difficult when our fates are being decided in a multilateral system in which ambition is decided by the lowest common denominator – bad faith actors that are always countries with fossil fuel resources. These countries operate under undue corporate influence and the consideration of short-term election cycles, and where democracy is frayed or missing, the impulse to stay in power. This has resulted not in years, but decades, of delayed action on the biggest existential threat humankind has ever faced. Never has the phrase ‘we are only as strong as our weakest link’ been more applicable, than to global-scale threats such as pandemics and climate change.

One such bad-faith actor has steered the course of our reaction to climate change. When COVID-19 was largely seen as a China-limited issue, the U.S. Republican party vocally denied that coronavirus would ever be a threat. One of their members wore a gas mask on the floor of their lower house to mock the concern of the opposition party, while Donald Trump called the virus a hoax. This has mimicked their attitude to climate change, which Trump has also called a hoax. These are the political machinations of a government of the world’s superpower, the same superpower that has pulled out of two international climate agreements (both the results of years and decades of painstaking negotiations) and consistently lowered ambition in international climate change negotiations. To illustrate, we may right now have been chasing a 1.5C instead of a 2C temperature rise curtailment goal: in 2018, at international climate change negotiations, the United States, Saudi Arabia, Kuwait and Russia objected to ‘welcoming’ the IPCC report detailing the importance of this revised goal, nixing any downstream increases in ambition. The United States has had the economic and financial clout to influence other countries in collectively bend the curve but has consistently and overall failed to do so.

Instead, Post-Paris agreement, rich world institutions are still growing the fossil fuel economy, by subsidising and funding it, all while viable alternatives exist. Moreover, the logic driving the growth (and inequality) imperative is based on outdated economics. An enormous amount of waste and inefficiency, duplication and redundancy exists in the name of economic growth, based on models that treat the environment and atmosphere as expendable input and waste sinks, and capital as the chief measure of concern in accounting.

Eventually, once climate change has manifested to a degree where its impacts are irrefutable, and should there be democratic process left in a sufficient number of institutions, our global publics will demand action. The goal should be to pre-empt this theoretical point of action-upon-manifestation, to look at the exponential growth curves of active COVID-19 cases and plot in our minds the potential for the same trajectory of runaway with climate. This is where clima-tude comes to bear, as it proves to us that we are capable of evolving as a species, to perceive risks that the early-evolved parts of our brains have an in-built bias against, and to take action on what may seem like faith alone. Just as we cannot see a virus and we act on the faith of what virologists tell us, so too should we act on the faith of climate scientists, climate economists, risk assessors and security specialists.

Ultimately, the lessons with COVID-19 are that the value of sacrifice is an easy calculation to make, and that global cooperation is vital in countering a global threat. Countries are cooperating to beat back the spread of the virus, and the moment we are having right now is what it feels like to fight a common enemy. Cooperation means sharing information, resources, technological and institutional know-how. Italy is warning the rest of Europe that they are not taking the COVID-19 threat seriously enough, China is sending medical staff to Italy, factories are being retrofitted to produce hand-sanitiser. The likelihood that we will take necessary action, confident that others are like-minded and dedicated, is vastly increased by a  culture of cooperation, rather than a retreat into our lagers and stooping to hamstering – whether with toilet paper during the pandemic, or status-signaling conspicuous consumption all the while. In the context of climate change, carrying on with business as usual is a race to the bottom of perceived self-preservation.

Underscoring this cooperation is the reality that we share a planet, and in the language of epidemics, our movement and interaction affects everyone, just as in the language of climate and global change, so too does our impact on this planet. How interconnected we are, will become visible beyond this pandemic, through drought-induced drops in food production, increased terrorism risk and conflict that inevitably draws in countries. The same rising ocean will lap further and further up our shores, as the same strain of demagogue will attempt to take advantage of the fear generated amongst publics.

There is by now an iconic cartoon in which an audience member asks a presenter ‘What if it’s a big hoax and we create a better world for nothing?’. One noteworthy 2018 study has found that creating this better world will save us, not cost us, $26 trillion by 2030 if we act meaningfully on climate change (not considering the incalculable benefit of preventing deaths and reducing general misery). The biggest losers will be the short-term profits of the fossil fuel industry and its investors. Provided there is effective policy to help us cross the bridge, such as a just transition for relevant industries, and measures to soften the blow of temporarily increasing prices as we transition off of fossil fuel technology, halt and reverse deforestation, and shift to regenerative agriculture, the rest of us will gain in every sense of the word. Using positive framing, the pandemic could get us communally energised to tackle climate change, to fill the uncertainty that has come to define the last few years with pursuit of a common goal – to overcome an existential crisis. In the sentiment of emerging green (new) deal policy proposals, the climate crisis allows us an opportunity to defeat other global ills, notably biodiversity loss, poverty, and gender and economic inequality. We know, as with COVID-19, that it won’t be easy, but that we will come out the other side happier, safer and more prosperous – as will the whole future of humanity. Moreover, we can hustle far, far faster than we have been told we can. Let’s get through this pandemic with our covid-tude, and during the next decade of struggle lying before us, let’s show some clima-tude.