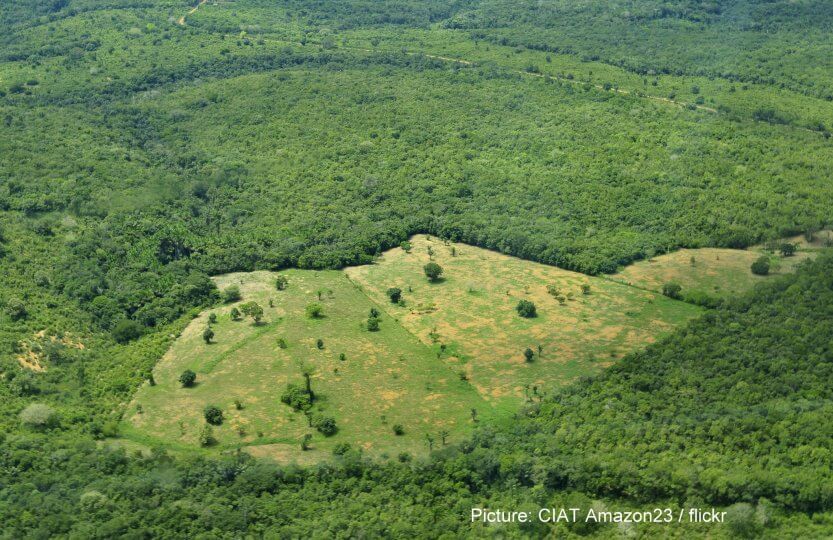 „But I want to come back to our land. I come from here. I know the paths of the forest, under the trees I can breathe, here I am free.” These words seem to match an old man who has spent his life close to nature, maybe a farmer or a gardener. But the person who says those words is everything but an old man: Madarejuwá Tenharim is a young man of 23 years from the Tenharim indigenous community who lives in the Brazilian Amazon rainforest. He says, he would also like to go to other places and see them. But he will always come back to the forest.

Over several years, he showed his culture to Thomas Fischermann, a German journalist writing for the German newspaper Die Zeit. Now, the two men wrote a book about their journeys, called “The last Guardian of the Amazon”. Yes, both men. Madarejuwá Tenharim is listed as the first author in the book, Fischermann as the second. This is something that makes this book special in my eyes. It’s not the typical story of a foreigner visiting a foreign culture, collecting data and information to leave for good and write a book about this culture, not giving back anything to the people.

“The last Guardian of the Amazon” is different. The book is written from Madarejuwá Tenharim’s perspective: he takes the reader onto a journey through the Amazon, showing him his daily life and telling him which problems his community is facing. For example, deforestation which is destroying the rainforest. Or Brazilian loggers threatening him and his family because they want to exploit the Tenharim’s land. Or his own balancing act living between two completely different worlds – the Brazilian life with cities, buses and smartphones, and the Tenharim life with hunting animals, learning from the elders and listening to the birds.

The 184 pages of the book are a source of knowledge for the reader and a guide to understand the Tenharim culture. The reader also learns why the Amazon rainforest is so important for the indigenous communities living in and off it. Not only is it the provider of food, but it is also the main part of the people’s identity and spirituality. If the Amazon gets destroyed, the indigenous people inhabiting it are dying both physically and mentally. But it also gives an impression of how determined and resolute Madarejuwá Tenharim and other indigenous people are to protect the forest.

Unfortunately, so far, the book is only available in German but there is an English preview on the book’s website where still some important parts of Madarejuwá’s story are available. (Maybe, if enough English speaking persons insist on a translation, there will be an English version, who knows…)

A few days ago, Madarejuwá’s message became more important than ever: Paulo Paulino Guajajara, a 26-year old member of the Guajajara indigenous group was killed in the Araribóia reserve located in Brazil’s North-East. He was one of the most prominent indigenous activists fighting for the protection of the Amazon rainforest in the country. Under the far-right government of Jair Bolsonaro, Brazil has become one of the most dangerous countries for environmental and indigenous activists. Bolsonaro wants to open indigenous territories to exploitation. This is fatal in various ways: indigenous communities rely on the intactness of the surrounding nature since it provides their daily life; also, indigenous people are one of the most important players when it comes to environmental protection in the Amazon rainforest. Large parts of the Amazon forest were burning in August and September 2019 due to wildfires which were in parts caused by human activities, especially by land clearing for farming. After the burning was controlled in October, deforestation has increased extremely. This year, the deforestation rate of the first nine months has been 85% higher than the one of the respective time span of last year.

The Amazon forests seem to be far away. Many may say: Why should I care? The Amazon rainforest is also called the “lungs of the planet” because its innumerable trees and plants are providing oxygen and working as a CO2 sink – which in times of the global climate crisis is of incomparable importance. Therefore, we should all care about what is going on in Brazil.

Indigenous communities are fighting, risking their lives to protect the forest which is the center of their culture, traditions, and lives. There are various institutions and organizations supporting the indigenous groups’ resistance against the exploitation of the Amazon forest, here are some: Amazonwatch, Amazonfrontlines, The Amazon Conservation Team, Amazon Conservation, and others.