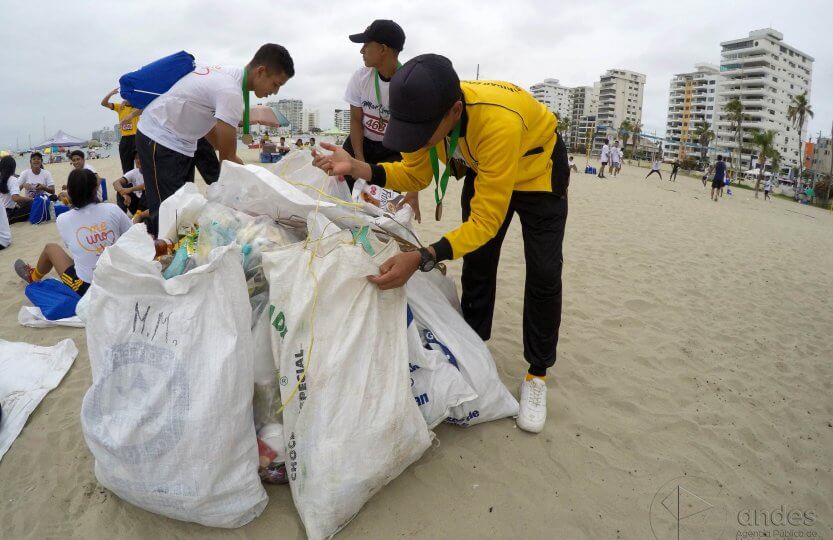 Breathe in. Breathe out. Breath in. Brea – what is this? My breath stops, my feet – till one moment ago flying over the ground – get slower, my heart still races. Next to all these physical sensations, another sentiment blazes a trail into my body: anger mixed with sadness.

What might sound like the introduction to a meditation guide or something similar, is actually what happens to me almost every time I go running. The reason I stop breathing (and running) is in the most cases very small. But also very destructive. It’s trash. Trash spilled on the floor, the plastic bag of some gummy bears thrown mindlessly into the meadow next to the trail, the empty carton of a juice in the shrubbery.

Every time, I stumble upon these thrown-away things while I am running, I get angry and sad. Angry because I can’t understand why people are not able to take their trash with them and throw it into the next bin – they carried it with them to the place where they left it, so what is the matter with carrying it back? Sad because I see out precious planet suffering from our human misbehaviour.

Some time ago, I told myself “That’s enough, we have to do something about it!”. The next time, I went running, out of instinct and without thinking, I just picked up the trash. It was only a small candy paper – but I felt so good about it. So, during the whole run, I picked up as much as I could. When I passed a trash bin, I just threw my waste collection in there. Quite easy, isn’t it?

Later, I found out, that I had actually followed a trend: Plogging is a movement coming from Sweden. It derives from the two words “plocka up” (Swedish for pick up) and “jogging”. It basically is a new term for a very simple sport which is combined with an environmental aspect: You go running and pick up the trash you can find around you. In cities all around the world, this activity has become a real trend: groups of people run together, take bags, shopping cart or even chairs as a means of transport in order to carry the trash they pick up.

Social Media helps the “ploggers” if they want to show their success or if they want to engage others: a quick video or a photo documenting their activity, uploaded to social media platforms such as Instagram, Facebook or Twitter. This is not only meant to make people feel good about their engagement for the environment, but also as a means of environmental education. Of course, it would be better if nobody threw their trash away into nature – but to get to this point, more environmental education has to be done. Plogging seems like a playful way to do so.

When you are plogging, you will definitely have direct contact with trash. To hold the hygienic standard, it is therefore good to use gloves as you can avoid touching the waste with your bare skin. This way, you inhibit injuries from harmful waste such as wire or sharp items like aluminium cans – and also you don’t get in touch with smelly or nasty substances.

There are two positive aspects about plogging compared to normal running. First, due to bending down to reach trash, straightening when you start running again and the stop and go, it is more of an interval training than just endurance sports. Picking up trash while running is therefore an activity that keeps your body fit and benefits your health. Second, you do something good for the environment as you free it from poisoning trash – which is not only good for the plants but also you delete a source of harmful “food” for animals who might confuse the waste with something they can eat. So, it is actually a typical win-win-situation: your body wins, environment wins – what are you waiting for? Grab some paper or reusable bags, motivate your friends and do something good for yourself and the planet!

In Bayreuth, there is a free running group called “We Run BT” which has organized a plogging event in April – maybe they are interested in plogging frequently. You can contact them on their facebook page or on their website. In autumn, there is going to be a plogging event again. Of course, you can also just call your friends or go alone – there are no limits to plogging!

To not to choke in a giant mountain of waste and trash, we must change the way we consume. This article is the part of a series dealing with the chaotic and broad topic of waste. We want to give you different views on the topic and highlight ways how to reduce your personal waste generation. Find more articles here.