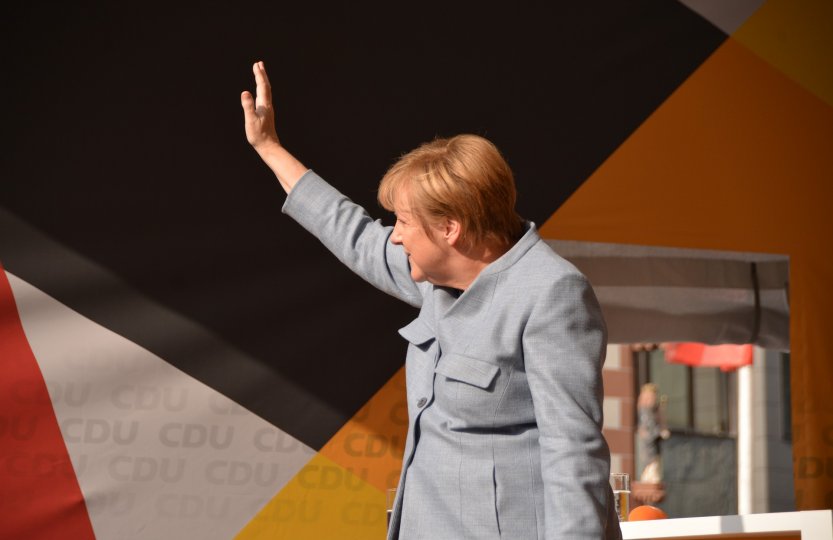 On Wednesday November 15th 2017, the high-level segment started at the COP 23. In this regard, ministers from all over the world, including around 25 heads of states, arrived in Bonn to give their talks.

The first speech was given by Germany’s Chancellor Angela Merkel, which was accompanied by high expectations from the public, as the German “Energiewende” is internationally appreciated. Many hoped that she would announce a date for the coal phase out in Germany.

A fast phase-out would be the only possibility to come close to the achievement of the German climate goal of reducing the carbon emissions by 40 % until 2020 compared to 1990.

However, Mrs. Merkel only admitted to the high importance of coal mining considering climate change, but then outlined the importance of the coal industry for guaranteeing jobs and that a phase-out takes time due to additional costs. Moreover, she mentioned difficulties of giving concrete statements in regard of the ongoing formation of the new government in Germany.

President Emmanuel Macron from France held the second talk. One of his main statements was that the EU should replace the US in the future and take the leading role in climate policy. He further emphasized that in Europe CO2 should be taxed with 30 Euro per ton and that he would be willing to punish other countries through increased import tariffs.

President Macron announced that France will end the use of coal for energy production by 2021, but that they cannot make any statements towards nuclear energy at the moment.

He said France “is obsessed” to get active in climate protection and that the moment of action is now. His speech was accompanied by great applause from the audience.

A large number of heads of states of small island developing countries, many of them already facing the consequences of climate change today, felt the urgency to attend the COP 23 lead by Fiji and give their statements at the high-level segment on Wednesday and Thursday this week. Among these were for example the presidents of Vanuatu, the Cook Islands, St. Lucia and Dominica. The president of Tuvalu, Enele Sopoaga, held one of the most vigorous speeches using many strong metaphors to directly or indirectly address other parties and stakeholders, in particular the United States: “Deniers of climate change must go home” and “Jump out of the canoe and face the consequences”. He also said that without appropriate actions taken in the near future, our children would have to face a life in “living hell”.

In general, many representatives of developing countries are disappointed that concrete commitments regarding the adaptation fund and financial support for loss and damage, for example due to hurricanes such as Irma, José and Maria in the Caribbean earlier this year, are not yet decided upon. Moreover, many among them think that pledges from developed countries are not yet sufficient.