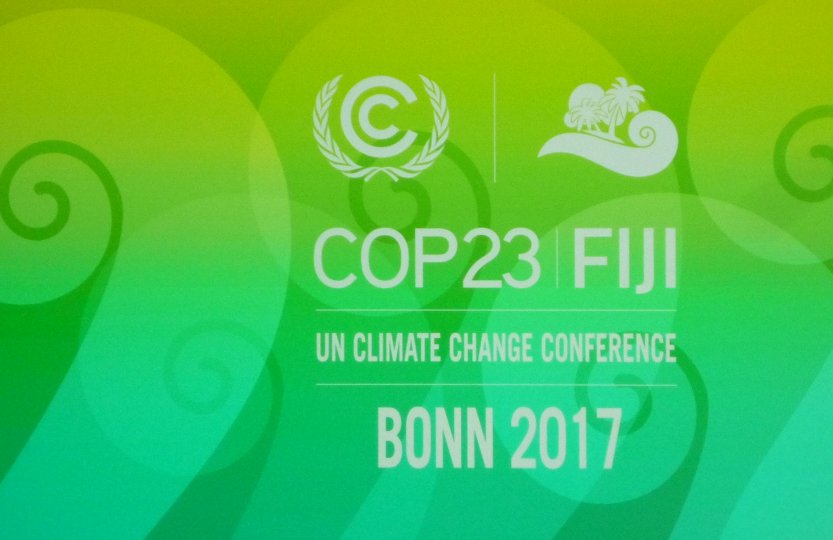 Following the Negotiations in the Bula Zone

I assisted various plenary discussions in the Bula Zone today. I listened to statements of Chile, Mexico, Nicaragua, the EU, the Maledives and Ruanda. The statements were made by representatives of the countries, e.g. the environmental ministers. They lasted about 10-15 min. They were read out and they contained mostly very general, already known information. Unfortunately, I could not draw any conclusions on particular achievements or targets as the speakers I listened to did not make such statements.

Side Events at the Bonn Zone

I also went to the Bonn zone where I attended a side event on Coastal Resilience. There were representatives from the Pacific regional environment program, the Ramsar convention, from small island countries such as Palau, etc. They set the bottom line of global warming at a temperature rise of 1,5 °C.

Palau has a quite interesting approach to finance marine reserves: They charge the tourists with a so-called green fee, about 50 €, that every tourist has to pay when entering Palau. They use the money to offer for example training to fishermen to become rangers. As rangers, the fishermen have a more sustainable income and at the same time they ensure the proper enforcement of the marine reserves.

I attended as well another event where the German minister of Environment met German pupils and their teachers. The pupils shared with the Audience how they were implementing climate change mitigation measures in their schools.