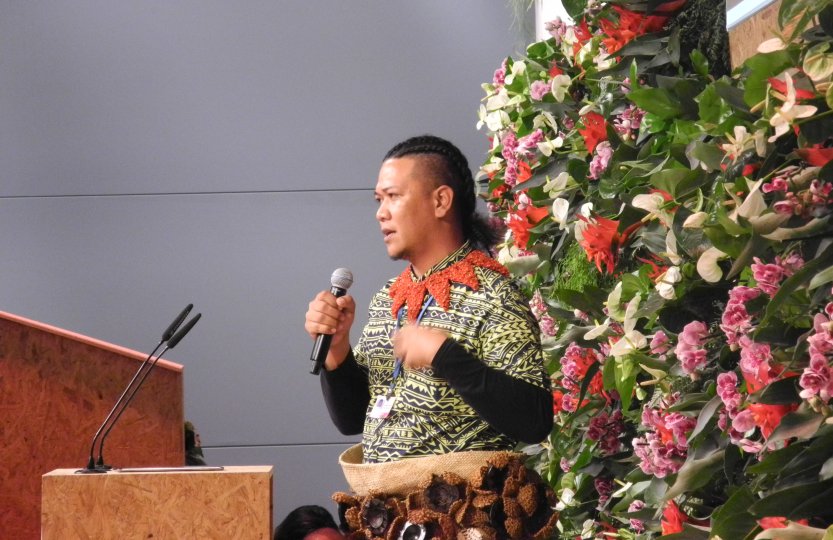 Following the Paris agreements a taskforce is working on global recommendations on migration. People from low-income countries are more likely to be forced to move away, with small island developing states being most effected. 25.3 million People are displaced each year by disasters (average 2008-2016). Most events are weather related and are placed in Asia. Two experts for Bangladesh, which has a very densely populated coastal area, reported about the poverty increase in the respective regions. When focusing population, mainly small island states are effected, which shows how qualified Fiji is as host of the COP23, directly experiencing massive consequences of climate change.

Several problems occur with displacement. First, migration is often caused by a mixture of causes, such as climate change and traditional nomadic communities. Second, crossing boarders when migration is often linked to problems with sustaining people’s rights. A big, often neglected problem, are emotional fluctuations, as people are often placed in new areas with no infrastructure, e.g. schools or religious facilities, which makes relocation impossible. Furthermore, when returning to the home country people cannot return to their home city or village – displacement in the home country.

Three main problems with migration: Mixture of causes, the crossing of borders and emotional fluctuations.

An important aspect, which is missing in currently ongoing discussions, are the slowly ongoing disasters. This reality of having unavoidable mobility should be responded by minimizing displacement, upholding rights for people on the move, supporting long-term strategies for safe and dignified mitigation as well as providing finance and resources for people, which are forced to move.

Even with a immediate CO2 emission reductuion, Kiribati cannot be saved anymore.

In addition to sea level rise, small island states also face further climatic consequences. For example, the most urgent issue of Kiribati, a island republic in the central pacific, is the occurance of cyclones, which started hitting the island. So even if we manage to cut down CO2 emissions, the effects for the island cannot be prevented anymore. To say it in the words of the former president Kiribati, Anote Tong, people from small islands swimming in the cold water, and some are having a lifeboat to sit in, like it was at the titanic tragedy.

Shouldn’t we help to get the swimmers into the boat, rather than kicking them out to have more space for ourselves, the developed countries with nearly no coastal areas?

It was a very interesting event and discussion and showed up how interrelated the consequences of climate change are and how many factors have to be considered when tackling the problem of migration with dignity.