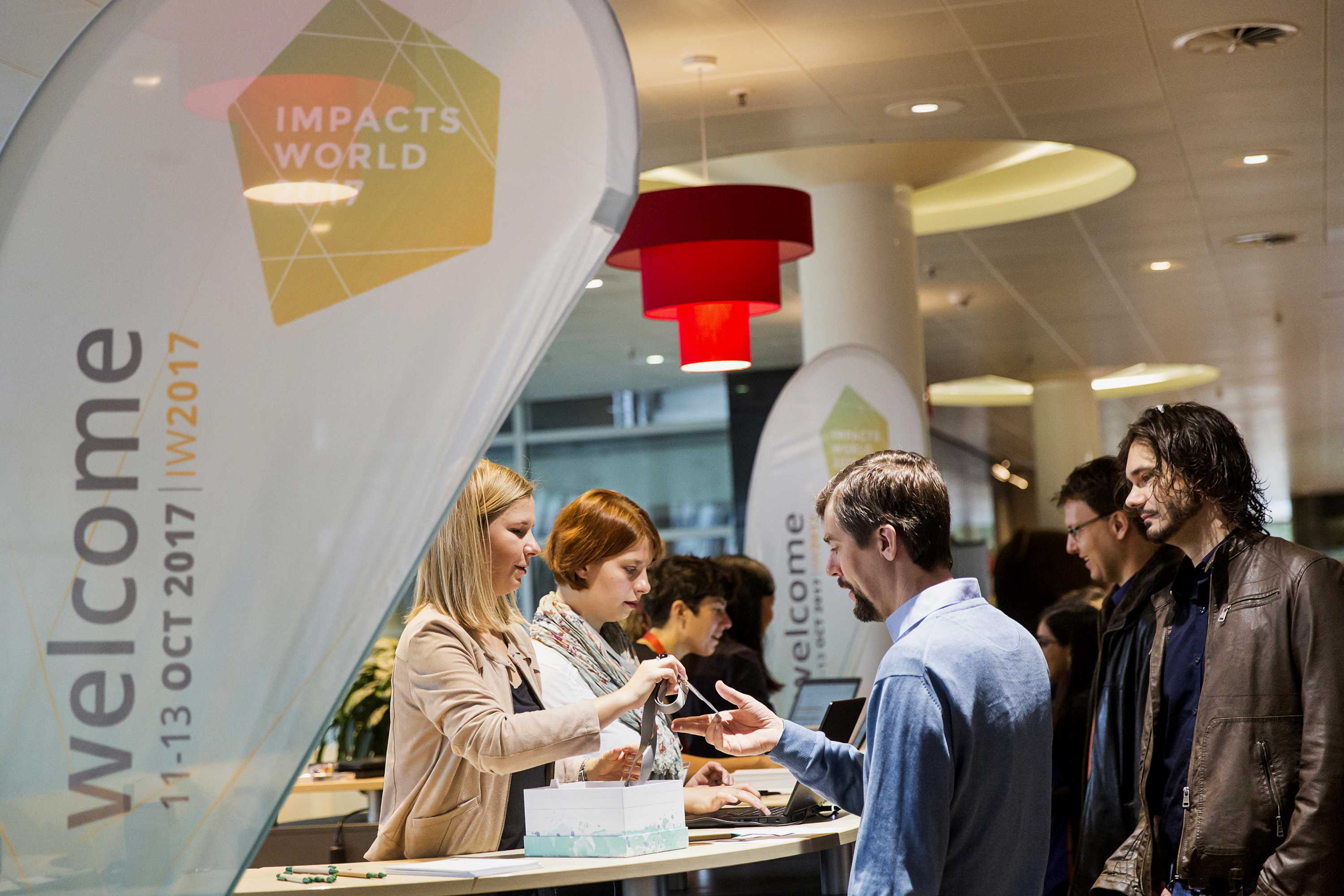 Eleven GCE students participated and volunteered at the Impacts World Conference in Potsdam, Germany on the impacts of Climate Change

On October 11th, 2017 Prof. Dr. Dr. Hans Joachim Schellnhuber, head of the Potsdam Institute for Climate Impact Research PIK opened the Impacts World International conference on the impacts of climate change by outlining what needs to be achieved to avoid the unmanageable and to manage the unavoidable.

Eleven Global Change Ecology students had the opportunity to join this conference (October 11th to 13th, 2017), as student helpers to support the organization team, as observers to learn more about the world that climate change will create and as presenters during the poster session.

When asked about founding the PIK, Prof. Dr. Dr. Hans Joachim Schellnhuber explained that back then he wasn´t sure whether the PIK would actually still exist in the next 25 years. By then – he said – either humanity would have found out that climate change is not a as pressing issue, or the problem would have been already solved. As we know now, neither of the two happened. Climate change became the most pressing issue in the 21th Century and there is still a long way to go to solve it. For this reason, more than 450 scientists, politicians, economists and journalists from all over the World came together to exchange knowledge, discuss on controversial topics and shape new ideas at the Impacts World Conference 2017. Some of the pressing questions discussed were:

– How will climate change affect humanity?
– What impact will it have on human health and migration?
– Can we quantify the economic costs of climate change?
– What can the Sustainable Development Goals (SDGs) achieve in this area?

This was the outline of topics to be covered in the following days and each of the topics illustrated the daunting projections for our planet. It seems humanity will face many unprecedented problems in the next centuries. But there is also hope. As many of the conference speakers emphasized, we already know a lot about the future that we are facing and research continues to investigate in that field.

The graph above was highlighted several times throughout the conference, as an example of the state of the art in climate-impacts research. Fig. 1 shows different tipping elements in the context of global mean temperature. Today, we live in an approximately 1°C warmer world due to the human influence and we are just starting to see the impacts: droughts, melting arctic ice, bleaching of coral reefs and more frequent extreme events. With the Paris Agreement more than 190 countries agreed to limit global warming to well below 2°C by reducing their greenhouse gas emissions.

Here, what does it mean to live in a 2°C warmer world?
What if the global community fails the Paris Goal and humanity has to deal with  associated climate changes and risks?

Conference participants discussed these concerns and called out for more research dedicated to the potential impacts of extreme climate scenarios, in order to prepare communities for a global mean temperature increase of – in worst case scenario – 4°C.

According to the report of the Intergovernmental Panel on Climate Change (IPCC), in a 2°C warmer world, coral reefs and alpine glaciers are projected to disappear. In a 4°C warmer world, global temperatures will thaw permafrost, alter global ocean currents, worldwide climate regulation and massively release Carbon stocks from boreal forests as well as from rainforests.

It is clear that climate inaction can only exacerbate human and ecological costs. It is time to realize that global climate action is instead now needed to keep temperature rises well below 2°C and avoid the harmful effects on  Nature and on us, embedded in it.