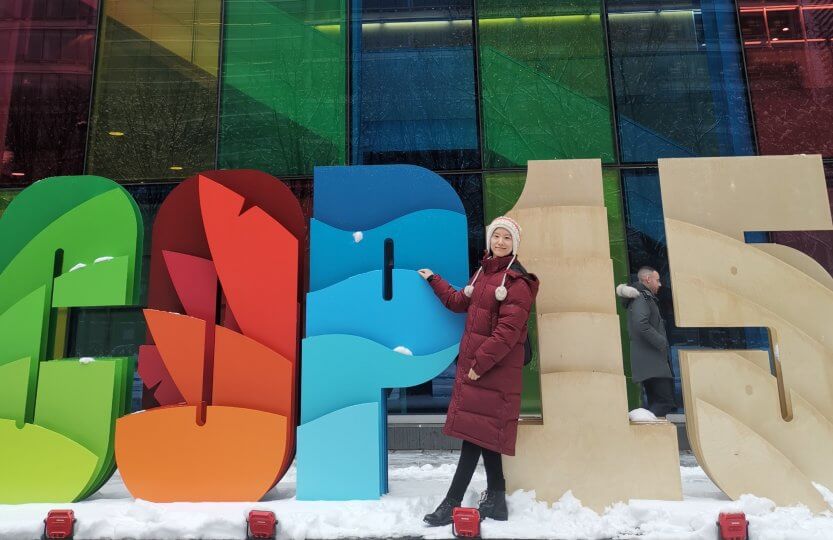 From the 5th to the 19th of December 2022, the second part of the 15th Conference of the Parties (COP15) to the United Nations Convention on Biological Diversity (CBD) took place in Montreal, Canada. I was privileged to be supported by the Global Change Ecology program and the Bayreuth Center of Ecology and Environmental Research (BayCEER) of the University of Bayreuth to participate in the conference to conduct interviews and collect information for my master thesis. I attended COP15 during its second week, when the negotiations of the Parties were intensified. Seeing heated discussions by delegates from all over the world at the venue – either in the contact groups’ meeting rooms or around the rest areas – marked my first impression of the event, which was an “intense atmosphere”.

The year 2022 is key for biodiversity

Given the fact that the 2020 Global Biodiversity Targets have largely failed, it is crucial for the global society to rebuild confidence and look into the next decade with new ambition and strategies. Just like the Paris Agreement, adopted by the UNFCCC, the CBD COP 15 has aimed to achieve an agreement on a Post-2020 Global Biodiversity Framework (GBF) based on the consensus of all Parties, with the vision of halting and reversing the trend of biodiversity loss by 2030. In July 2021, the first version of GBF was drafted by an Open-Ended Working Group, and, prior to the Conference, there had been five working group meetings to improve and finalize the draft. Some focus items have continued challenging the process of formulating the final version of the GBF. They were considered as keys for a successful outcome of the Conference and include: the global biodiversity framework itself; resource mobilization; digital sequence information on genetic resources; planning, monitoring, reporting and review within an associated monitoring framework; capacity building and development; and, technical and scientific cooperation.

Beyond the negotiation tables,hundreds of side events took place in parallel hosted by the COP 15 observer organizations. Their topics addressed and covered all aspects related to biodiversity crisis. Some issues were repeatedly heard during my stay, such as the urgent need to shift away from business as usual towards nature-positive results and to strive for a whole-society approach for innovative and collaborative solutions.

My experience at the conference

My particular interest lies in the civil society organizations and groups’ positions and actions demonstrated at the conference. There were booths of these major groups, including Youth, NGOs, Women, Indigenous People and Local Communities (IPLCs), Business and Finance, etc., where these respective actors were able to share their work and stories, organize public awareness campaigns, and gather like-minded stakeholders to expand networks. I still remember a thought-provoking speech held by a representative of African indigenous people and local communities on biodiversity conservation and sustainable resources use. In fact, 80% of the world’s biodiversity are found in indigenous land. The people in local communities know the right ways to protect nature in their land, but often their concerns are not being heard and understood, and conservation fundings that go into their hands are not sufficient. What still needs to be improved is to ensure a legal framework to safeguard their proper livelihood and rights to manage resources.

My personal understanding of the term “biodiversity conservation” has also been deepened and further developed during the this COP. It refers to a value and lifestyle. The means of biodiversity conservation should not only be based on science, but also based on learning and respecting the diverse cultures and knowledge of those who are the real stewards of nature.

Insights on the outcome of COP15

On the 17th, the two divided working groups and the Ministers appointed to lead consultants on outstanding issues reported their updates for the last time during the Stocktake Plenary before reaching the Decision Plenary set on the 19th. After a 4-year marathon of negotiations, the Parties with differences in interests and priorities gradually compromised with each other and chose to stick to the strong ambition and work together to bring the common goals to fruition. 40 hours later, the Kunming-Montreal Global Biodiversity Framework was finally adopted, safeguarding the key targets of “protecting 30% of Earth’s lands, oceans, coastal areas, inland waters; reducing by $500 billion annual harmful government subsidies; cutting food waste in half; mobilizing at least $200 billion per year in domestic and international biodiversity-related funding from all sources ” by 2030.

Being able to witness part of this whole negotiation process was not only an eye-opening experience, but it made me realize that it is not impossible for the global society to fight against the greatest environmental crisis and protect our only homeland together. Although it is a tough and long journey to implement the new framework, it is the time to start to respect nature, and not let nature make compromise to us. 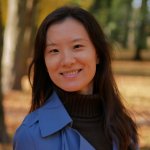 Xieyao is a first-year student in the graduate program Global Change Ecology, University of Bayreuth, Germany. She intends to complete her study by 2022 and to pursue a career in international non-governmental organizations. Xieyao enjoys playing Chinese zither and chess. She also enjoys travelling and photographing.