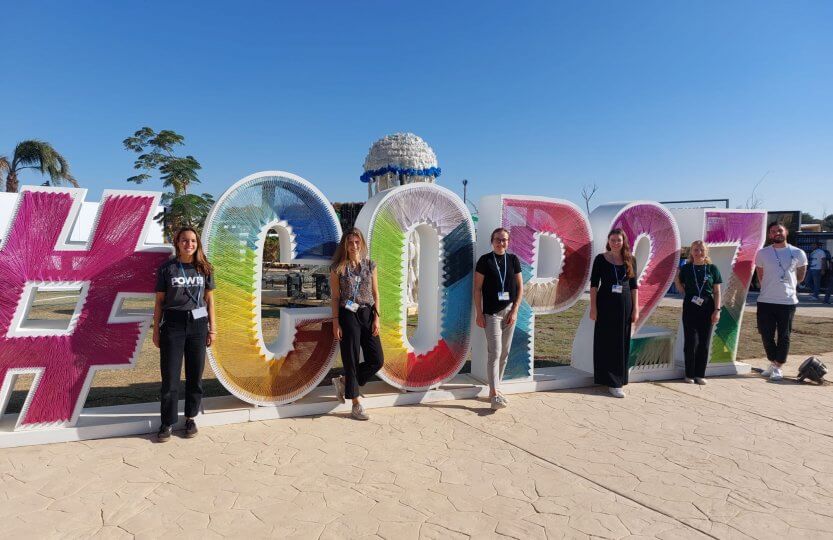 23 Global Change Ecology (GCE) students* from the University of Bayreuth were granted the privilege of participating as observers in the 27th Conference of the Parties (COP) to the United Nations Framework Convention on Climate Change (UNFCCC) in Sharm-el-Sheikh, Egypt, from November 6th to 19th 2022. COP conferences broadly provide a platform for negotiating international climate change agreements.

Prior to last year’s COP in Glasgow, expectations were quite high as the updated Nationally Determined Contributions (NDCs) with strengthened emission reduction targets were to be presented there. Although this year’s event was supposed to be the implementation COP, the expectations and the associated excitement were not felt as strongly. Even during the run-up, there were many critical voices questioning whether the conference would succeed in achieving an outcome that would actually lead to action.

So, what did happen in Sharm-el-Sheikh?

The Egyptian Presidency put the highly important issue of “loss and damage”, i.e., the financing of compensation for developing countries for the climate damage caused mainly by industrialised countries, on the agenda. The good and extremely important outcome that followed, the establishment of a Loss and Damage Fund, was a victory for which vulnerable countries and their populations have fought for years. Work must now begin on the structure of the fund, its administration, governance, and the mobilisation of much-needed resources. However, in the negotiations, it was mainly the representatives of the wealthy countries who slowed down and blocked unprecedented measures in the areas of support for people displaced by climate-related extreme events, strong and transparent governance of carbon markets, and the phase-out of all fossil fuels. There are some good sources that describe in more detail the decisions and outcomes that (did not) take place. Some recommendations** can be found below. At the same time, however, this emphasis on the Loss and Damage also distracted from the immediate need to phase out the use of fossil fuels. The strong presence of representatives from the fossil fuel lobby, who also became heavily involved in the negotiations, was quite sobering.

For us, the whole conference was quite overwhelming: It was the biggest COP in terms of people attending. As expected, this COP was used by Egypt as kind of a green-, youth- and human rights- washing event. If you approached the event with the naive belief that the host would attempt to provide a best practice of a sustainable conference, you were quickly brought back down to earth – considering, for example, the severely chilled premises contrasting with an outside temperature of 30 °C, the catering sponsored by CocaCola, organizers not using the event to brief the broader civil society concerning the climate crisis, and the mode of travel of most participants by plane, including some by private jet. In addition to the negotiations, which we were mostly unable to follow – either because they were too crowded and there was no more room for observers or because the discussions focused on details that were too specific to jump in without a particular background – there was an incredible number of extremely exciting, very inspiring, and sometimes highly emotional side events at the various country, project, and organisation pavilions. We tried to make the most out of the opportunity being COP observers through participating in numerous panel discussions, workshops, and expert talks in order to gain new scientific and social insights, make contacts for potential Master’s theses or internships, extend our network, and get to know further institutions and projects.

Although many aspects of our time in Egypt and at the COP were very frustrating (starting with the search for accommodation, as accommodation was repeatedly cancelled or special COP participant fees were charged, cancelled flights, the restrictions during protesting on the COP venue and the situation of human rights in Egypt reported by Egyptian human rights activists or general civil society), there were also hopeful encounters. Even though the negotiators still seem to have missed the urgency of the climate crisis, outside the formal negotiations there were clear and consistent messages about the urgency of climate action from scientists, NGOs, and climate activists. They rallied at the event to gather in small, peaceful protests. For the first time, there was a children and youth pavilion at a COP, which hosted the most frequented events and provided a learning and exchange platform for a huge number of well-educated, highly interested, and motivated young people taking the climate crisis serious giving hope that things will change in the future.

So, in order not to become too cynical, we would like to mention what good things also happened: The global energy crisis was widely acknowledged, parties were asked to seriously update their NDCs, a reduction in methane emissions was called for, the importance of forests was acknowledged (yipiieh), great value was placed on the global goal of adaptation, work on a just transition was taken forward, references to the new right to a healthy environment took place, and the revised text at least contains a nice little sentence about the oceans (whoopwhoop). However, if truth be told, things by and large did not really evolve beyond what we saw in Glasgow 2021. In fact, a lot of the final text was just copy and paste of the Glasgow decisions or the Paris Agreement 2015 with a few changes here and there. Figuratively speaking: Things that were already agreed were re-packaged and re-gifted.

Fortunately, during the first week, it was possible to arrange a meeting with Hon. Prof. Dr. Charlotte Streck, Co-Founder of Climate Focus and external lecturer at the University of Bayreuth, who provided us with answers to many burning questions about the COP and gave us a better overview of this huge event and all that is happening there. She confirmed our impression that “it [NDCs, the global finance goal] is all so far up [intangible], that in some way it becomes meaningless”. Sofía Gutiérrez, climate activist from Colombia, also explained our feelings well by saying: “We are good in creating new words”.

So, what have we taken away from all of this?

Action is needed! The activism driven daily, especially by international youth, motivates and creates hope. We are extremely grateful that our study programme has given us the opportunity for this experience, which is denied to many others, esp. those from groups and territories disproportionately affected by climate change (MAPA). But almost more important for us than simply being present at the COP is to “take home” the activism and put pressure on those who are stopping the process towards a climate-friendly, promising future for all.This might be in the form of protests or founding initiatives, but also further scientific involvement or hands-on work in one of the many great and inspiring projects or organisations that are already out there, or working daily for the transition to a more just and sustainable world.

Don’t hesitate to contact us in case of any further insights regarding our experiences at the COP27. 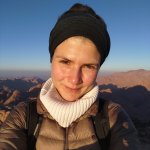 Enthusiastic and passionate University student who has a background in Communicate Science + Psychology (LMU Munich) as well as Physical Geography (University of Hanover), with hands-on mentality gained through various (inter-)national practical experience believing optimistically that many little people, in many little places, doing many little things, can change the face of our world!