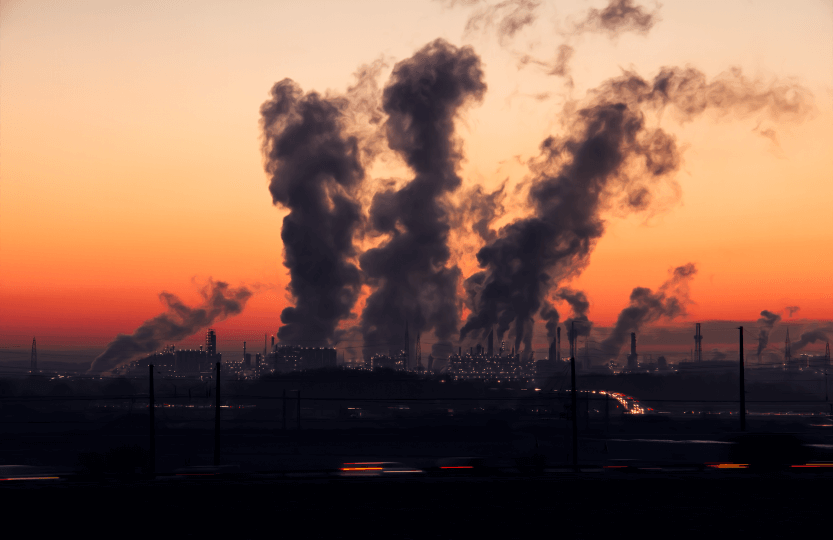 Earlier this year Elon Musk made headlines when he committed to a donation of 100 Million US$ to a carbon capture contest [1]. More recently, UK Research and Innovation [2] has announced one of the biggest trials in greenhouse gas removal methods worldwide [3]. These headlines among others show that greenhouse gas removal, or more specifically carbon dioxide removal (CDR), is a hot topic in research. At the same time, as a geoengineering solution, it is also a very controversial one.

CDR methods comprise any technique that intentionally removes CO2 from the atmosphere [4, 5]. With this decrease in atmospheric CO2 concentration, we should see a reduction in the greenhouse effect. This then leads to a stabilization of global mean temperature or even a cooling effect [4], depending on the extent of removal and level of residual emissions. There are two subcategories of CDR methods: biological based solutions, which enhance the natural carbon sequestration of biological systems, and engineering based solutions, which use engineered systems to sequester carbon [4].

An example of biological based CDR methods is ocean fertilization. In this method the biological pump of the ocean is enhanced by adding otherwise limiting nutrients (e.g. iron) to the water [4]. The idea behind this method is that the addition of nutrients leads to increased algae growth, which in turn leads to increased CO2 sequestration by photosynthesis [4]. Since algae are taken up by other organisms, which then release the CO2 by respiration in deeper layers of the ocean, carbon is removed from the surface and stored in deeper layers [4]. However, the effectiveness of ocean fertilization is debated, as not all of the sequestered carbon will be moved to deeper ocean layers and there might be a decrease in productivity and therefor carbon sequestration in neighboring areas of the ocean [4]. Thus, ocean fertilization might just lead to a shift in the location of carbon sequestration, but not an enhancement [4]. Also, this method impacts the whole marine ecosystem with unpredictable and possibly negative side effects [4]. Some authors argue that it is not a viable CDR method due to its sustainability issues and low efficiency [6].

Another biological based CDR method is enhanced weathering. The natural process of rock decomposition sequesters carbon [4]. The aim of enhanced weathering is to speed up this typically slow natural process and thus enhance carbon sequestration [6]. There are several ways this could be done, from enlarging the reactive surface by grinding rocks or spreading minerals in agricultural soil to catalyzing the reaction of rocks and CO2 in chemical engineering plants [4, 6]. Besides capturing carbon, the weathered rocks could also have a fertilizing effect in soils [6]. A downside to these methods lies in the fact that large quantities of minerals would be required in order to sequester a significant amount of CO2, the mining for which would be energy intensive and destructive to ecosystems [4]. Other side effects are hard to predict and would vary depending on the used rock and application site [6]. The sequestration potential of enhanced weathering is estimated to be between 2 and 4 Gt CO2/year by 2050 at a cost of 50 to 200 US$/t CO2 [6]. Up to now, discussions about enhanced weathering have been theoretical and are mainly based on models [6], but the previously mentioned trials in the UK will include a project involving the application of crushed silicate rocks on farmlands [2].

An example for an engineered CDR method is the direct air carbon capture and storage (DACCS). Here, CO2 is directly captured from ambient air and the resulting CO2 stream can either be further processed or stored (e.g., in geological formations) [4, 6]. There are no biophysical constraints to this method and minimal side effects are expected; the limitations come from costs and storage [6]. If these constraints were overcome, this technique would have a high potential [6]. A method very similar to DACCS is bioenergy with carbon capture and storage (BECCS). It basically works the same, but BECCS filters out the CO2 that gets emitted at bioenergy production sites [4]. At these locations, the CO2 concentration is higher than in ambient air, making the filtering process easier. However, this method comes with the limitations and side effects of bioenergy production by biomass, which requires large areas of land and induces land use change and associated emissions [6]. For both DACCS and BECCS, a potential of 0.5 to 5 Gt CO2/year by 2050 is estimated [6]. In terms of cost, BECCS is estimated to be slightly cheaper (100 – 200 US$/t CO2) than DACCS (100 – 300 US$/t CO2) [6]. Small-scale pilot projects already exist for both methods, but upscaling is still needed for wide-spread applications.

The role of CDR in tackling climate change

The methods discussed above are just a few examples for CDR methods, but they already show that more research and upscaling is necessary in order to remove significant amounts of CO2 from the atmosphere. Yet, given that our carbon budget is very limited, CDR methods are an important tool to achieve the Paris agreement goals – in fact, they are a substantial part of most 1.5 °C consistent pathways in the IPCC report [5, 6, 7]. CDR methods function to attain net negative emissions to come back to 1.5 °C after an overshoot and/or to offset residual emissions in these pathways [7]. The IPCC models mostly consider BECCS or afforestation/reforestation as CDR methods only, as the other methods are not understood well enough yet [7]. According to the IPCC, between 100 and 1.000 Gt CO2 need to be captured by CDR methods by the end of the century for 1.5 °C consistent pathways with no or low overshoot [7]. If only BECCS is considered, the implementation would have to reach a potential of up to 8 Gt CO2/year by 2050 and double that by 2100 [7], which might not be possible. Using several CDR methods on a smaller scale might be better than using one method on a large scale, because this way the limitations and side effects could be minimized [5]. It also should be mentioned that estimations of potentials of different CDR methods are debated and represent a current area of research. There has been a study that found that BECCS, DACCS, enhanced weathering and ocean liming could theoretically remove sufficient CO2 from the atmosphere separately from another to keep within the 1.5 °C target [8]. But the authors also argue that it is likely not possible to implement the methods in time to achieve this goal, as more research and a global infrastructure as well as coordinated governance is needed for their large-scale application [8].

Due to their slow-acting nature, CDR methods cannot be seen as emergency solutions to climate change, but rather as complementary to conventional mitigation strategies [4, 5, 7]. We should also not solely rely on these methods, as they do have unpredictable and adverse side effects [6] and assume that we fully understand the carbon cycle and can influence it [5]. However, the less we reduce our emissions now, the more we will rely on CDR methods in the future [5].

[3] Carrington D. 2021. Trials to suck carbon dioxide from the air to start across the UK. The Guardian. Access here.