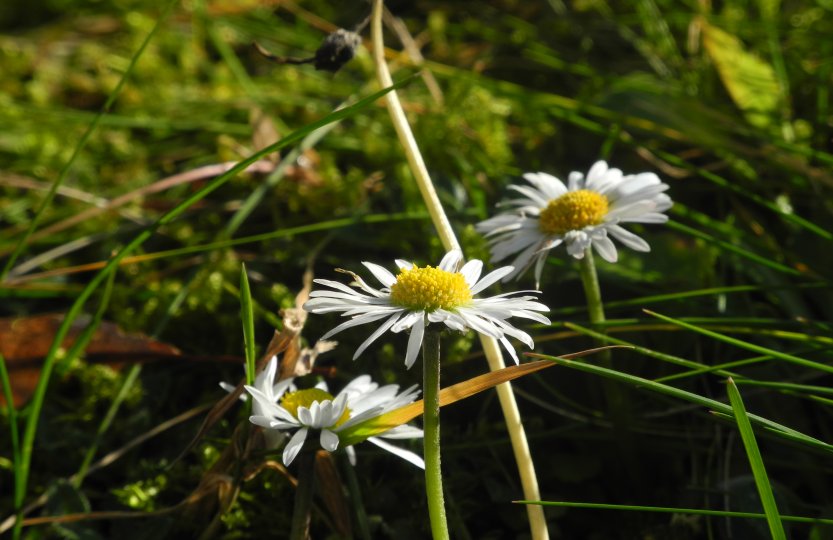 Last year in December I walked around in the Ecological-Botanical Garden (ÖBG) in Bayreuth and was surprised to find a variety of plants already being in their full bloom. It has been a mild winter since, but it still seemed odd to me to find daisies and snowdrops at that time of the year. While we were waiting for the snow to fall for Christmas, nature seemed to have decided that spring was already there. I wondered whether this was just an ecological curiosity, caused by an exceptionally warm winter. Could this be the new normality?

My first guess was that climate change might be the cause of this early flowering. A global temperature rise of roughly 1°C is already affecting the change of seasons and in some parts of the world winter will be even warmer and spring will come even earlier. Plants that orientate their life cycle according to temperatures might start to behave differently. I asked the director of the Ecological-Botanical garden, Dr. Gregor Aas, whether he did experience any changes in plant behavior over the last decades.

Dr. Aas is a tall, energetic man, with grey hair and a firm handshake. The 61-year old dendrologist invited me into his wood-paneled office to talk with me about the impacts of climate change. He explained to me that a weather station in the center of the ÖBG has been measuring the local climate for 25 years now, combined with a phenological garden where changes in plant appearance were recorded since 2004.

“Our phenological garden is just one amongst many in Europe”, explains Dr. Aas, “And we can observe everywhere the same: The vegetation period starts earlier and earlier, in fact, it has shifted around two weeks over the last 30 years.” Phenological gardens are used to observe changes in plant behavior, for example, the start of leaf sprouting or the time of flowering. As plants are often responding sensitively to changes in climatic patterns, phenological observations are good indicators to see how plants are reacting to increasing temperatures.

The early start of the growing season causes an extension of the vegetation period, says Dr. Aas. In combination with unchanged amounts of precipitation and higher temperatures this often means increased drought- and heat-stress for the plants.

Another issue is the increased sensitivity to late frost events. If plants are sprouting too early they might be in a critical phase of leaf development. This is especially precarious in viticulture, where late frost events can destroy whole vintages.

In May 2011 Bayreuth experienced an extreme late frost event with temperatures of -4.3°C when all species had already unfolded their leaves. “The reaction of the plants varies from extinction to the development of coping strategies, depending on their late frost sensibility”, says Dr. Aas about the reaction of plants in the ÖGB to additional stress factors.

The most striking factor to me, however, is Dr. Aas’ observation that former not-hardy plants can now be cultivated in the ÖGB during the whole year. “We used to grow the Californian poppy (Eschscholzia californica) in our greenhouses before planting them out in spring. Now they are flowering outside.”Dr. Aas explains that there are so-called Winter Hardiness Zones which are defined by the minimum range of temperatures a plant can tolerate. Bayreuth used to be in the zone 6b, but due to climate change these zones had to be adapted and Bayreuth has changed from 6b to 5.

After all the information Dr. Aas has given, it seems to me we have to get used to daisies in December. But most of all we must prepare for a change in the vegetation period with all its consequences: Extreme precipitation, drought events, and late frost will affect our plants. Dr. Aas looks out of the window, in direction of the garden. Out there, we can see a new normality.