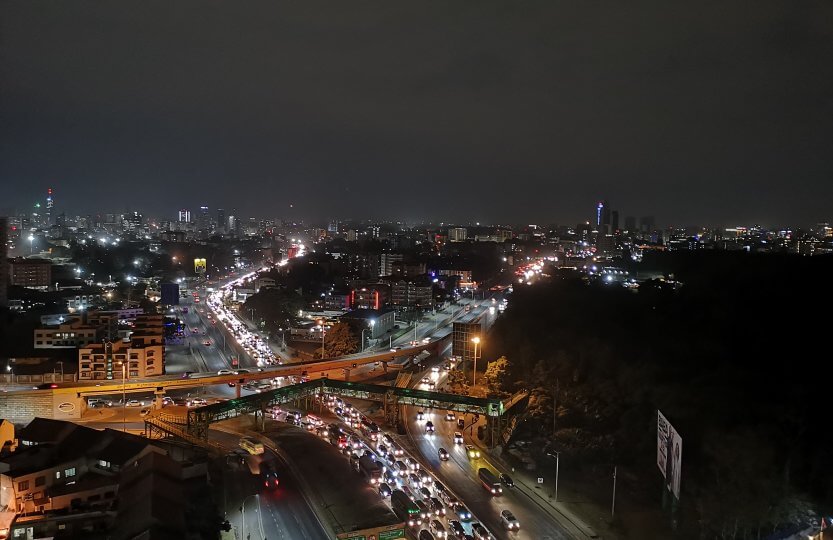 For my master thesis, I set out to understand how people use energy in an informal settlement in Nairobi, the capital of Kenya in East Africa. That is a particularity for GCE students because most master thesis are written in natural science disciplines. Instead, mine is dealing with qualitative questions of everyday life.

With my background, I was glad to come across the SEED project and its master thesis offers. So, I applied and now, six months later, I not only got to travel to Kenya for four weeks but also immersed myself in all sorts of questions around informality, energy access and urban life in a capital city like Nairobi. The purpose of this blog entry is to give you some insights into my field work in Nairobi and the project I’m involved in.

SEED stands for Sustainable Energy Education District in Informal Settlements and is a project funded by the German Ministry for Education and Research (BMBF). The TH Ingolstadt has the main lead for the project and is cooperating with the TU-K in Nairobi, Kenya and UEM in Maputo, Mozambique, to develop a model for a community hub that provides energy generated by solar power to the local people. The University of Bayreuth is advising the project from a social-geographical point of view. My master thesis project supports in terms of in-depth qualitative research for the research area in Nairobi (another student from Bayreuth does the same for an informal settlement in Maputo). The research aims at understanding social structures and identifying main stakeholders so that in a second phase of the research project a pilot of such an energy hub could be successfully built in the informal settlement. Early citizen involvement and careful planning are, therefore, a key part of the project even though some of the people I interviewed wished for a quicker solution and less talking.

The village is one of 200 villages in Mukuru which is one of 13 informal settlement agglomerations in Nairobi. According to the last census in 2019, nearly 20 000 people live in Kingstone in 4911 different households on an area of approximately 7.7 ha. The small, shack-like houses constructed out of corrugated metal around a wooden frame usually have a standardised size of 10x10ft, which is a bit more than 9m2, and in most households one room is shared between parents and children.

Several industrial sites and the Ngong River, which frequently floods the whole area during rainy season, are adjacent to the village. Some people tell me they have lived here for more than 20 years; others just arrived two years ago from rural areas looking for jobs; some found an employment, others employed themselves, and many are still looking for a source of income. Due to the circumstances, barely any official infrastructure can be found in the village. Access to water and sanitation is available on a community level. On the left and right of the few main roads (not passable by car), small shops sell all sorts of goods, especially food, beauty products, and hardware. The wires of the Sambaza system decorate the roads in a chaotic way. As soon as leaving the main roads, corridors of one house next to the other reveal the internal structure of the neighbourhood. Only little light arrives on the ground, and, in the windowless rooms, it is hard to tell whether it is day or night. Therefore, reliable electricity is urgently needed to light the otherwise merely dark rooms.

The special characteristic of this place is a system of electricity supply called Sambaza, which means something like “sharing” or “distributing” in Swahili. Due to a lack of official electricity infrastructure in the fast-growing informal settlements next to the industrial sites of the city, informal electricity suppliers started to take on the challenge of giving a minimal electricity access to the local households. Their idea is to connect all households that request their service to a grid that uses the power lines supplying the surrounding industries. Jeremia, the head of the local electricity suppliers in Kingstone, tells me that his biggest concern is Kenya Power officials that disconnect the Sambaza system from the national grid. This would leave hundreds of households without electricity, and Jeremia is responsible for fixing it together with his colleagues.

On the other side, Kenya Power knows that so-called cartels tab their power lines and steal electricity that nobody pays for. They must cover the incurred costs somehow because all their attempts to stop illegal practises failed so far. Consequently, other customers of Kenya Power outside the informal settlements have to pay higher fees for their electricity. Additionally, Kenya Power officials threaten the cartels with disconnecting the Sambaza over the weekend. They ask for bribe money in return for tolerating the illegal connections to the national grid. (Although the Sambaza system is an illegal one, the practises are not hidden. In contrary, all people involved were welcoming me to ask my questions and answered them in detail.) Then again, the cartels pass on those costs of bribery to the people subscribed to their services in forms of higher monthly fees. Nowadays, one connection costs around 500Ksh per month, which equals approximately 4 Euros.

People like Simon complain that those 500Ksh are not worth the service because the connections are not reliable at all. Even when paying the monthly fee always on time, he can sometimes not operate his barber shop properly because the blackouts can last for two weeks or more. He now uses rechargeable clippers that a neighbour who owns a small Solar Home System (SHS) charges for him. Of course, this is not free – so Simon pays twice. If he would not pay the 500Ksh per month, the cartel would instantly cut his connection completely.

That is what happened to Eva as she was not able to pay the cartel on time. She explains to me that she can’t afford a Sambaza connection nowadays anymore because the economic crisis in the country leaves her and her family with barely enough money for living. School fees, food, water, and health services have a higher priority to her – as for most locals I spoke to. Instead, she has a small SHS and a rechargeable bulb to light their only room in the evening. If she could afford it, she would go back to Sambaza, because it is still the cheapest option and the only one to obtain grid connection in the village. At the same time, she is very aware of the risks of the system. For instance, the load is not controlled and therefore, overloads are frequently responsible for fire outbreaks. This is a high-risk situation that causes severe damage in the densely populated village that has no official infrastructure of firefighting and no insurance covering the damage.

The other major risk becomes visible when walking through the small mud roads of the village: Wires everywhere. Most of them are not isolated, just single wires that connect several households. This means that whoever touches them can be electrocuted and, during the rainy season, sometimes even the water in the roads electrocutes people walking through it.

In addition, Edith, a local health volunteer, adds that the government should take its responsibility and live up to their word of providing electricity to all households by 2020. She points to empty metering boxes that hang damaged on polls above the roofs of the houses. The last project of the government financed by the world bank brought official grid connection and meters to the top of those polls but somehow the project failed to connect those electricity meters to the households. In a matter of weeks, all metering boxes had been gutted and the cartels had to take over again blaming the government. They claim that the government had failed to sensitise the local population for the changes that were meant to improve living conditions. Kenya Power reacted to the failure by removing the only transformer from the area in February 2020, leaving no option for the local community to gain legal access to the official grid.

Zephania found his own answer to these unfortunate circumstances. Two weeks after his official connection had been cut, he went to the city to buy two solar panels. These panels power now not only his shop for electrical appliances, but also his home and the homes of his neighbours. To secure the power panels from theft, he placed them on top of the roof of his two-storey house in a backyard. Due to his job, he is able to maintain the system with its battery himself. He wishes that more people would follow his example, which – in his opinion – could be an effective way to fight the cartels.

Nevertheless, up to now most households are connected to the Sambaza system. Asking people from the local community why they still use Sambaza, the answer is the same. If they want to use electricity at home or in their small shops and if they cannot afford the initial costs of an appropriate solar system, they are left without a choice and they are willing to take the risk. At the same time, the cartels draw their vision of supplying the village via a larger solar power plant. That would allow them to supply electricity at much cheaper rates because they would not have to bribe Kenya Power. As ambitious their plan sounds, it leaves me with the question who will pay for and set up the system, then maintain it and if they would be willing to sell power at cheaper rates. Most community members I asked told me that they would prefer an individual solar system over a community one because they are not satisfied with the services offered by the cartel.

Over the four weeks I spend in Kingstone, I came to understand that if the issue was easy to solve, somebody would have done it already. I am glad that my task is “only” to find out the motivation of the actors in this energy network and get in touch with the local community to learn about their daily energy practises. The SEED project will continue its work to develop a concept for an energy hub. I know that my master thesis is only a small part of it, but I now know for sure that citizen involvement is key if the project is to succeed and not fail as other initiatives did before. That is why this social science perspective on the topic has to be a core part of the project. 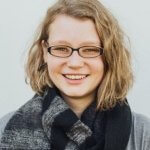 After studying International Relations, Economics, and Social Sciences in my Bachelor, I am curious to understand the natural sciences behind environmental politics. This led me to the Master program Global Change Ecology in Bayreuth where my focus lies on the interlinkages between environmental sciences and the humanities.

This author does not have any more posts.