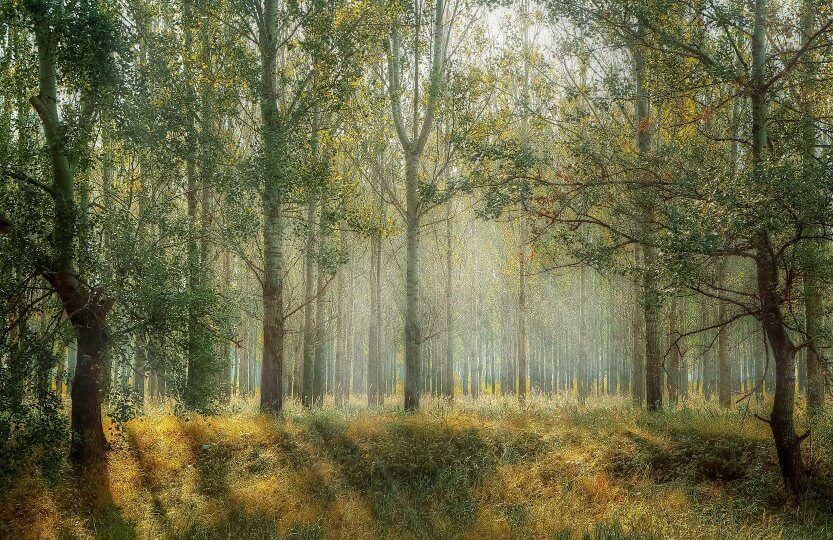 We need to rediscover how to become a part of nature once again. This sense seems to have been forgotten in humanity through time. An identity that should be reawakened within ourselves. This understanding, grounded in sustainability, can save our planet – as well as ourselves. This is the core message delivered in David Attenborough’s A Life on Our Planet film.

“A Life on Our Planet” is a 2020 documentary where David Attenborough talks about ecosystem restoration, ecology, climate change, and evolutionary history by recounting some of his adventures world-wide during his 93 years of life. The film starts in the ruins of the Ukranian city where nuclear power station of Chernobyl exploded in 1986. As it presents that tragedy as the biggest environmental catastrophe in the history of mankind, resulting from bad planning and human errors, Attenborough connects this to a currently unfolding tragedy: the loss of Earth’s wild places and their biodiversity.

After the audience receives this context for the film, we are taken on a historical trip starting in 1937. David explains about extinction events, the Holocene (our time), and how biodiversity is key to the stability of the planet. To me, it is wonderful how the various organisms from different ecosystems across the world are contributing to the functioning of the Earth, just by developing their “instinctive” function/activity. How marvelous is that?

As the historical trip continues through a catalogue of years, we are introduced to data about that year’s population, atmospheric CO2, and the percentage of the remaining wilderness in the planet. In 1937, human population included 2.3 billion people. In the Earth´s atmosphere, CO2 levels were at 280 ppm. On the ground, there were still 66% of natural places, i.e., land without human interference. 83 years later, in 2020, we find 7.8 billion inhabitants of the Earth, 415 ppm of atmospheric CO2, and only 35% of remaining wilderness.

Contrasting technological advancement and the records of his previous documentaries, such as “The Blue Planet” and “Frozen Place”, David shows how nature was back then and how humans transformed the environment, leading up to the consequences we face today: temperature rise, pollution and biodiversity loss. We are presented to dual future scenarios. In one, we could use our intellectual power to revert the damaging trend that we see now. In the other, we see the consequences that could happen if we don´t start acting now in favor of nature. Which should we choose?

A stable planet is a livable planet. To safeguard our current levels of stability, we need to protect and restore biodiversity. A term used in the film that I personally liked was to “rewild the world”. Protecting species, restoring ecosystems, using renewable energy, sustainable farming and much more! These things are already happening. For instance, Morocco has today the largest solar farm in the world and supplies 40% of their energy demand from the Sun. We can also look to the Netherlands, which has been successfully applying technologies to produce food vertically, reducing demand for land, water and pesticides, as well as lowering carbon emissions. These incredible practices show that sustainability is possible. The conflicting dichotomy between technology and nature can, in fact, become an extraordinary partnership instead.

By the end of the movie, we go back to the city where the Chernobyl disaster occurred. An area now without human interference whatsoever has been taken back by forest trees and wildlife. Nature has the power reestablish itself, when it is not being constantly destroyed. To reverse the ecological damages the planet has been going through, we must act now, with wisdom and willpower.

I will not give any more details about this film here. What I will say is… go and watch it ASAP! “A Life on Our Planet” is one of those precious films that, in a simple structure, brings a lot of understanding about global change to anyone who watches it. Inspirational and at the same time heartbreaking, it serves as a wake-up call for all of us, inhabitants of this land.