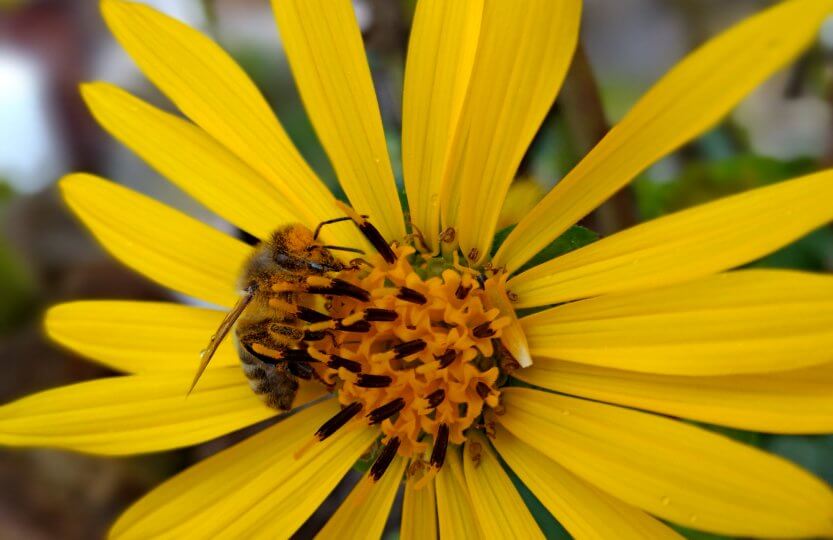 In order to complete the MSc Global Change Ecology, students are required to complete a thesis project. Some students choose to work with advisors who already have project proposals while other students choose to design their own. This series highlights a variety of theses from both current and past GCE students in order to provide insight into what is possible and how the research is related to global change ecology.

Energy from renewable resources is crucial for climate change mitigation in order to reduce greenhouse gas emissions. In addition to the wind and the sun, plants also serve as energy suppliers. The increased demand for bioenergy crops has come along with negative impacts, though. Huge amounts of biomass must be produced to fill the bioenergy plants to produce biofuel. Maize monoculture dominates our landscapes, but we grow it not for food but rather to fill our car tanks. With food insecurity being a global concern, using limited land resources to grow energy is easily criticized. The intensive agricultural production of maize further brings along environmental concerns. Land transformation to intensive agricultural land means biodiversity loss and loss of ecosystem services which are essential to sustain our Earth’s life supporting system. Excessive fertilization with chemical fertilizers eutrophicate the environment, changing the functioning of ecosystems and endangering human health due to, among other things, high nitrate values in our drinking water. Is the promise of green energy from bioenergy crops really as sustainable as we first believed?

My interest in global food security within planetary boundaries has brought me to work with the department of Agroecology at the University of Bayreuth. Together with the Ecological Botanical Garden (EBG) and the Government of Upper Franconia, we work on the “Silphie-Project,” addressing these concerns and exploring alternatives for sustainable bioenergy crops in the region. Silphium perfoliatum, also known as “the cup plant,” or “silphie,” is a perennial plant with beautiful yellow flowers. Due to its high biomass production it is grown as a bioenergy crop. In the EBG we grew maize and silphie to compare their performance under drought and well-watered conditions. There has been an increase in drought conditions over the last few years which is likely to intensify in the future due to climate change. While silphie is thought to perform better than maize in terms of nitrate leaching, fertilizer requirements and agricultural management—in short, more biomass production with less work and environmental impact—maize might still be advantageous under increasing drought conditions. With its C4-photosynthetic pathway, maize belongs to the group of plants that can sequester more carbon with less water loss during photosynthesis which is advantageous when droughts are becoming more frequent.

So, what did we do to observe the maize and silphie? In 28 so-called lysimeters (big concrete pots), we grew maize and silphie. Maize was sown in May for this year’s growing season, and the silphie is a perennial plant so it had resprouted from the year before. The lysimeters were fertilized and then watered regularly according to the respective drought treatment with a drip irrigation system. When it rained, a mobile greenhouse would move to cover the drought treatment plots—those plants growing under drought treatment were of course not supposed to receive too much extra water. By the end of September, the plants were grown to maturity. The maize had produced cobs, the silphie had flowered and started producing seeds. On September 30th we harvested all the plants. We cut them off, labelled them and stored them in big paper bags. We are currently drying them in the lab to prepare them for further analysis. We also took soil samples. At present, we are sieving the soil in the lab, separating the roots and analyzing the organic matter and microbial biomass.

For my master thesis I am especially interested in the CO2 emissions from the soil. During the process of microbial litter decomposition soils constantly emit CO2—a process called soil respiration. Through this process, soils contribute a significant amount to annual carbon emissions to the atmosphere. It is uncertain how soil respiration might develop with a changing climate. Warmer and drier conditions are feared to elevate soil microbial activity and thus CO2 emissions. Agricultural practices that can increase carbon sequestration and carbon storage in the soil are thus preferable for climate change mitigation. In order to observe how maize and silphie are doing in terms of soil respiration under drier conditions, I measured the CO2 efflux from the soil. With the LICOR-6400 I regularly measured the soil respiration throughout the growing season. Together with the plant biomass, root, and soil data we can soon start analyzing which of the plants might be preferable in terms of soil carbon sequestration.

We still have a lot of work to do to receive data from the plant biomass that was growing over the last few months and are excited to figure out what the plants can tell us. Which bioenergy crop is preferable to grow, maize or silphie? Let’s see what this year’s data can tell us and then we will have to continue our observations over the next years in order to come up with feasible and robust conclusions. The results of the lysimeter experiment, together with the experience of farmers in Upper Franconia who already plant silphie on their fields, can hopefully guide policy and decision making into the right direction. Maybe in a few years, silphie will be grown in more and more fields, diversifying the cultivation of bioenergy crops. With all their yellow flowers they will contribute not only to renewable energy production—the bees will be happy as well. And if the bees are happy, that is surely a promising outlook to a more sustainable future.