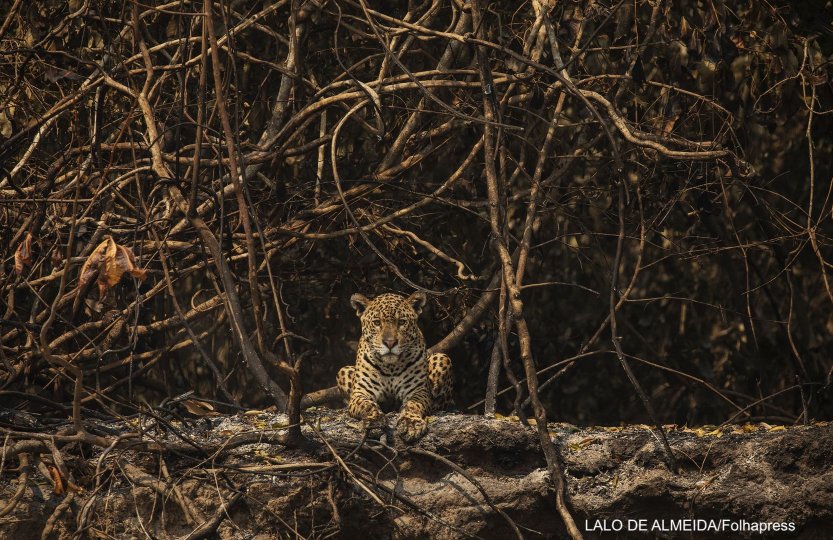 Since the beginning of August, one of the largest fire events ever recorded has been spreading in the Pantanal of Mato Grosso and it has been devastating its territory and biodiversity

Get to know the Pantanal of Mato Grosso

With an area of 160,000 km², Pantanal is considered the largest wetland on the planet. It is mainly located in the Brazilian territory in the states of Mato Grosso and Mato Grosso do Sul, having 15,000 km² of its area situated also in Bolivia and 5,000 km² in Paraguay. To the North of Pantanal, we find the Amazon rainforest, and to the west, the Andes Mountain Range. The climate in this biome is characterised as hot with a dry season that extends from May to September and a rainy season in the rest of the year¹. According to Junk et al. (2005)¹, Pantanal was established in a circumglobal belt of climatic instability and this weather conformation drives extreme events of flooding and droughts combined with extensive wildfires that threatens the fauna and the flora of the biome.

Concerning to the biodiversity in the Pantanal of Mato Grosso, records list a total 2,241 plant species, 816 aquatic invertebrates, 263 fish species, 96 species of reptiles, 40 amphibian species, 390 bird species and 130 species of mammals¹. Among these, the Jabiru stork is highlighted for being the largest flying bird in this biome and it is considered the symbol of the Pantanal in Brazil. This biome is also considered a sanctuary for the hyacinth macaw, the capybara, the jaguar and the giant river otter – top predators of the ecosystem –, which are all well adapted to the changing environmental conditions of this big wetland.

Aiming for a better management and environmental protection, in 1998, the Brazilian National Institute for Space Research (INPE²) started a monitoring program to verify and record fires in the country. Last year (2019), in the Pantanal region, the INPE recorded 3,165 hotspots between January and August, corresponding almost entirely to dry season of the biome. As alarming this number might be to you, the scenario this year was not any better. The records of the same period for year 2020 showed that over 10,000 hotspots were recorded in Pantanal, which has led to the biggest fire event ever recorded for this area.

So far, the fire has burned over 15% of Pantanal’s total area. Even though natural fire events are common in the region during its dry season, increasing deforestation in the Amazon Rainforest and in Pantanal has been affecting the movement of the flying rivers and, hence, the rain patterns in seasonality and magnitude. Lower precipitation rates impact the water level in the wetland – as the biome faces the worst drought in 47 years –, leading to exposure of areas and vegetation that typically would be underwater, even during the dry season. As temperatures are high and the vegetation becomes exposed and dry, even small fires can thrive and ultimately develop into major fire events that are difficult to control and predict, e.g. peat fires.

According to the Integrated Multiagency of Operational Coordination Centre of Mato Grosso (CIMAN-MT), the fires of this year were caused by the anthropogenic interferences to prepare pasture lands for livestock, burning trees to acquire honey, and one accidental fire caused by an agricultural equipment. Nevertheless, even though the causes were discovered, the fire remains bringing destruction to the biome, great loss of biodiversity and seed banks, burning plants and trees, killing the animals and summing up to the global carbon emissions. Every action against the environment is a step closer to 1.5°C higher of the global warming.

Red List Assessment for notable species in the area

Pantanal has the largest concentration of jaguars in the world. Having a look at the UCN Red List assessments (2020) for some animal species that have the wetland as a sanctuary, it is noted that the jaguar is classified as “Near threatened” and its population trend is decreasing, according to the assessment dated in 2016. In regards to the giant otter (Pteronura brasiliensis), assessed in 2014, the report categorizes it as an endangered species. Concerning the hyacinth macaw (Anodorhynchus hyacinthinus), that was last assessed in the Red List in 2016, the status is as a vulnerable species, with a number of 4,300 of mature individuals worldwide, presenting a decreasing trend on its population. On the other hand, the Jabiru stork (Jabiru mycteria) is classified as of least concern, having a range of 6,700 to 17,000 mature individuals; and the same classification goes for the rodent capybara (Hydrochoerus hydrochaeris).

Click here to go the UCN Red List so you can check the status of other species too!

Know how to help

The NGO WWF-Brasil is one of the many organisations that are fighting to revert this tragedy in Pantanal. If you want to know how to HELP, click HERE!

Get to know more about the Pantanal and check the biodiversity photo gallery here!