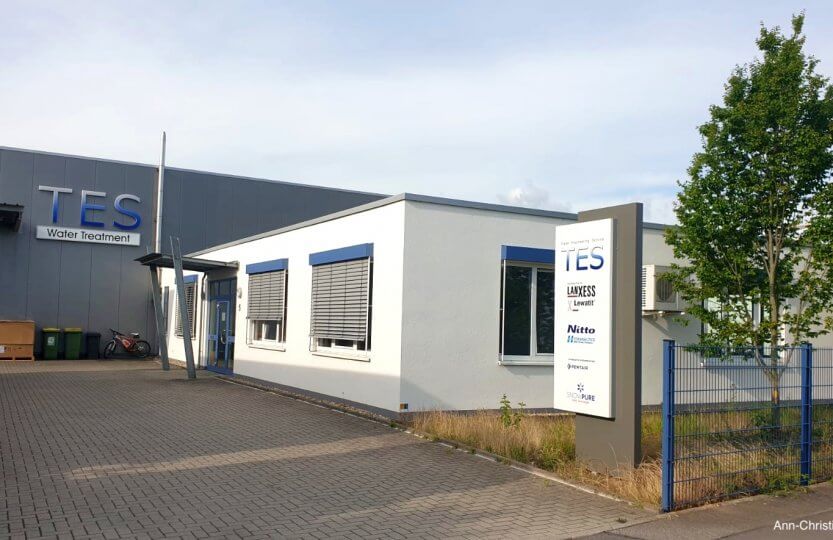 Before starting my Global Change Ecology Master in Bayreuth I did an internship at the TES Water Treatment company in Hockenheim, Germany. TES stands for trade, engineering, and service in the water treatment realm. This company sells various water treatment products such as ion exchanger, reverse-osmosis membranes, pressure pipes and valves, EDIs, and activated carbon. So far I have completed two internships at this company, one from August until September in 2019 and one again this year in April 2020. Unfortunately, due to the COVID-19 crisis, I had to finish my internship in the office earlier than expected. I was still allowed to work from home, given the task of creating a new brochure for the company. The field of hydrology has been fascinating me for a couple of years now and this is why an internship at the TES was very interesting for me.

In general, one can say that the internship was very challenging but satisfying at the same time. I worked as a secretariat performing commercial and technical services, especially in the realm of EDI (electrodeionization) and activated carbon. These two approaches are used to produce ultrapure water, which is required for fields such as the pharmacy, chip production, laboratories, beverage producers, etc. where even the smallest impurities can lead to the failure of an entire production system.

The first couple of days were a bit overwhelming since I was introduced to commercial programs such as the GDI Business Line that I have never worked with before. Getting introduced to the programs and procedures at this company was challenging and interesting at the same time because I had absolutely no knowledge about the basics of how to run a business. The first couple of days I followed one of the secretaries around so I received insights into the company’s procedures. The first week I was mainly performing basic tasks such as communicating with clients via phone and email and file away offers and purchase orders. In the next weeks, I was able to perform tasks with more responsibilities such as creating offers and purchase orders. I was also starting to technically advise costumers about EDI tools and which instruments would best suit their needs.

What I liked about this internship was the trust and faith that everyone had in me right from the start. On the one side, I was thrown into the cold water, which allowed me to figure out things on my own. But on the other side, they introduced me to all the necessary tasks and procedures that I need to know to work effectively and efficiently. This internship has helped me to learn a lot about the different water treatments as well as all the tasks that are involved in running a business. Additionally, I also became friends with some of my colleagues who were always very supportive and kind. Overall, I can only recommend interning at the TES when one is interested in water treatment procedures as well as getting the handle of basic business principles.