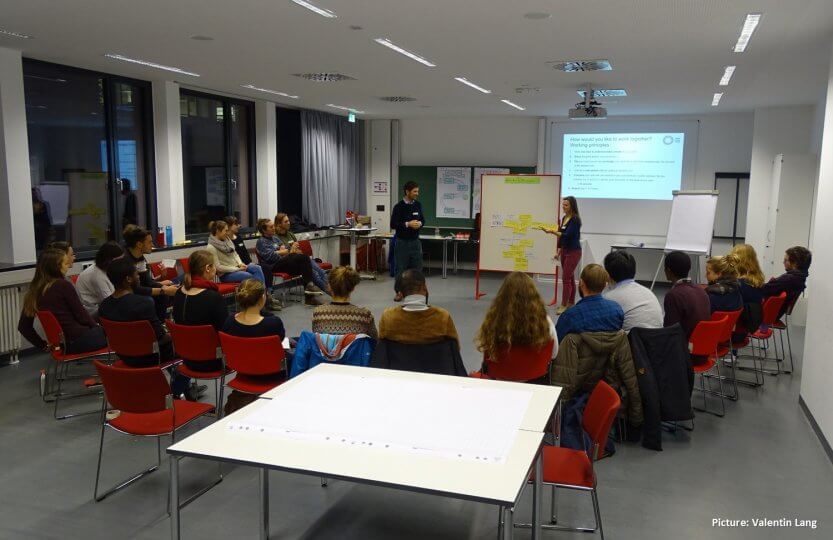 The international master’s program “Global Change Ecology” (GCE) in the Elite Network Bavaria is characterized, among other things, by its international composition of the students who come together from all over the world in Bayreuth. This cultural diversity holds great opportunities for young people who are being prepared to take on global environmental changes such as climate change. The “Global Diversity Training” workshop was organized to help facilitate this potential for the students.

“We create new cultures based on our relationships with people. We should not treat people based on what we have heard about them” said Emmanuel Adeleke, GCE student from Nigeria, summarizing the workshop. Previously, the two trainers from “Working Between Cultures” had used some practical exercises and games to teach nearly 30 GCE students how cultural misunderstandings can arise and how intercultural cooperation works best. The coaches recalled that people often have prejudices against people from countries they do not know. For example, a European viewpoint may misunderstand the continent of Africa as something culturally homogeneous without seeing the diversity between and within the African countries. 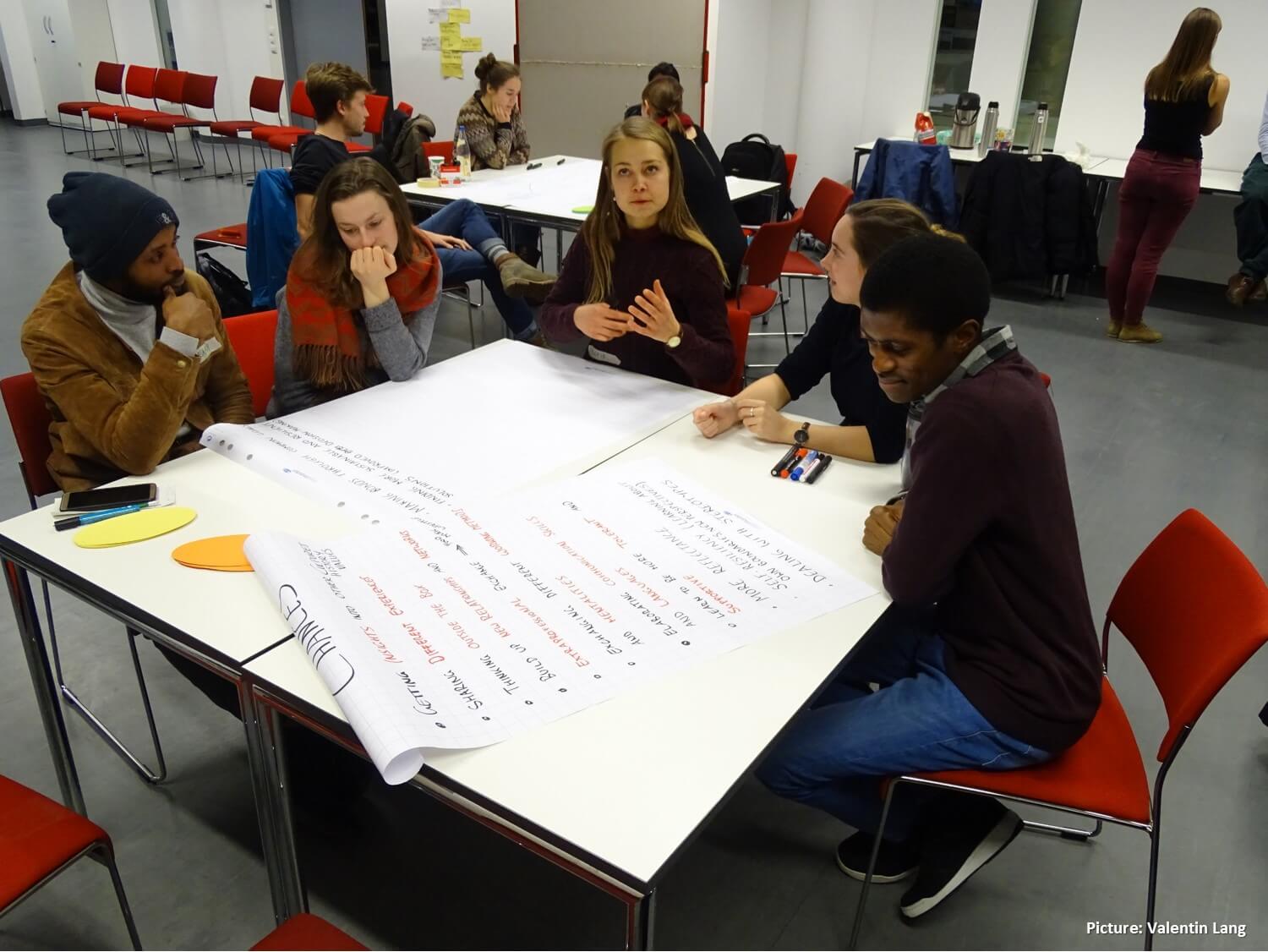 The students also shared their own experiences. One student said that in some African countries, non-greetings are perceived as impolite, even in the presence of strangers. Yet, in Germany this act may not convey impoliteness. To overcome such misunderstandings, the trainers recommended communicating more with other people to become more sensitive to the situations of others. However, one should not only focus on the differences, as often wrongly done, but also on the similarities. 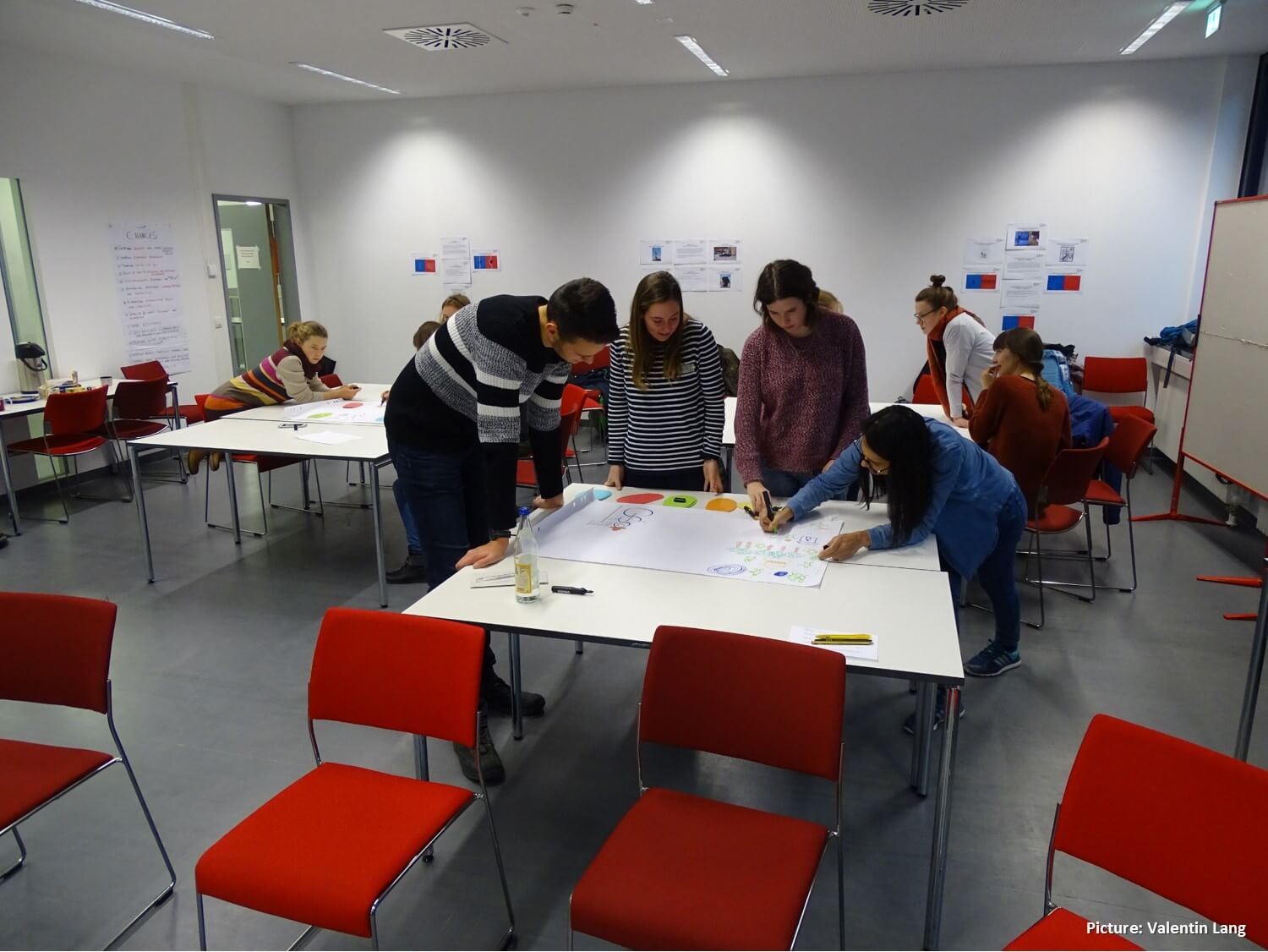 Every person is different

The coaches also pointed out that individuals differ within a country. In addition to culture, every person is influenced by many other factors, such as their past and current circumstances. The workshop made it clear how important it is to understand yourself and your counterparts correctly and to recognize that your own ideas and rules are not a universal law. All sides benefit when diversity is recognized, understood, and used.
Thanks to its high level of interactivity, the workshop contributed to strengthening the relationships between GCE students from three cohorts and to discovering many previously unknown commonalities. 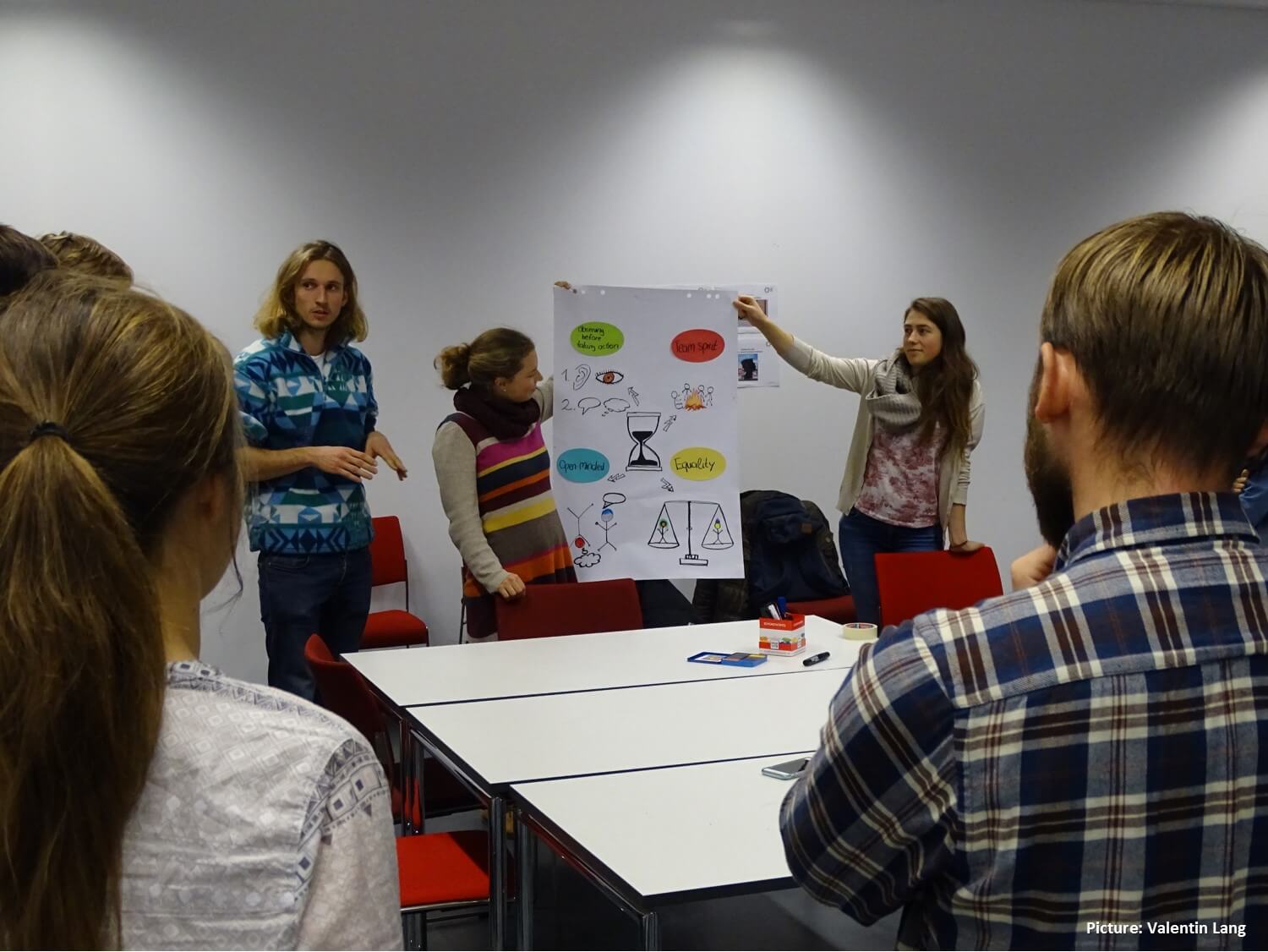 This text was written for the Elite Network Bavaria.
English editing kindly done by Taylor Blair