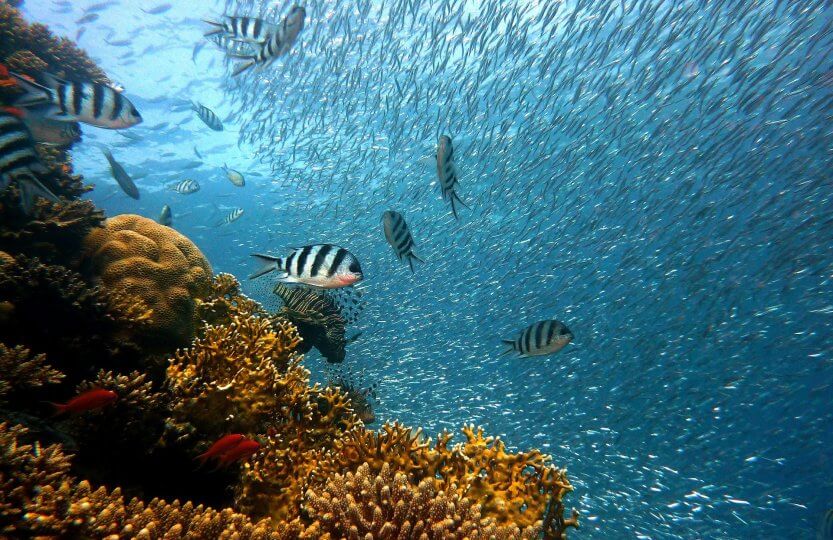 There are times in our lives when we feel that we need a change. We do not necessarily know what kind of change we need, but we are sure that we do need one loan. After living in Germany for 7 years, I suddenly felt an urgent need for a change and this came pretty much out of the blue. That is how I ended up starting an internship in the always-sunny-Málaga (well almost always…) at the International Union for Conservation of Nature (IUCN). There I went on a second journey, that took me from the deep sea up to the sky https://rusbank.net/offers/microloans. Are you ready to retake this journey with me? If so, please get your diving equipment ready as we are about to explore the fascinating depths of the Mediterranean Sea together!

While you are getting prepared for the dive, I will give you some background information about my work. You might have heard about specific regions in the world that are characterized by an outstanding richness of species and ecosystems. If you are amongst ecologists – and you want to show off -, you can call these regions biodiversity hotspots. The Mediterranean Basin, the area around the Mediterranean Sea, is one of the 36 globally recognized biodiversity hotspots.

The IUCN supports nature conservation worldwide as an international organization. The Centre for Mediterranean Cooperation specifically works on projects related to the Mediterranean Basin comprising around 30 countries, from Portugal to Israel, including five North African countries as well. During the six months in Málaga, I was working on the internationally renowned Red List of Threatened Species. My task was to assess the conservation status of species that live in the Mediterranean Basin, based on the Criteria and Guidelines of the Red List and available scientific information. But before it gets too technical, let us have a look what lives down there.

WOW! What a dive! I am sure you paid a lot of attention to fish but did you recognize the colourful beauty of the sea floor? These strange yellow tubes are individuals of the sponge Aplysina aerophoba, the Golden Sponge. They are attached to the sea floor (in fancy terms we call them “sessile organisms” as they cannot move!). There are 8000 different sponge species in the world, out of which 700 occur in the Mediterranean Sea. During my internship, I was working on the assessment of 80 sponge species and I felt honoured to be part of the first assessment of sponges for the Red List of Threatened Species.

That was one step to bring “forgotten species” more to the foreground and include underrepresented groups of species in the Red List. However, once the assessments are published, effective conservation measures need to follow. That is because sponges in the Mediterranean Sea face multiple threats, such as harvesting (to be used as bath sponge or for pharmaceutical purposes), climate change induced diseases such as necrosis, marine pollution and fishing activities.

After this spectacular dive, we will head to the Iberian Peninsula that is home to species occurring exclusively in Portugal or Spain. Such species with exclusive occurrences are referred to as endemic in ecology. Some branchiopods (small shrimps) that live in temporal ponds fulfil the criteria of endemism. Five of these tiny organisms kept me really busy, since similar to the sponges, I was assigned to evaluate their extinction risk.

It is important to know that temporal ponds are temporal because they are filled with water only after winter and spring rainfall, then, during summer, they dry out as rainfall becomes a scarce good in Mediterranean climates. The assignment of these fairy shrimp species to one of the IUCN Red List Categories, that reach from Critically Endangered to Least Concern, was challenging due to lack of scientific information about temporal ponds as an ecosystem and, particularly, the ecology of the five species. These species are well-adapted to harsh environmental conditions of their habitat and lay drought-resistant eggs that can survive dry periods. However, human influence on these habitats is increasing as a result of urban development, tourism and the uncontrolled exploitation of groundwater for agricultural purposes. Longer drought periods in the course of climate change have and will have a great influence on the existence of temporal ponds that is crucial for the survival of the associated plant and animal life.

We are about to arrive at the last station of our journey: a bird watching tower. In the last two months of my internship, I was working on the extinction risk assessment of about 40 raptors in North Africa. This included species such as eagles, vultures, owls and kites. A very interesting specificity regarding these birds of prey was that the majority of the species is migratory and migrates between the African and European parts of the Mediterranean Basin. In contrast to non-migratory species or sessile organisms, the assessment of threats in both habitats and factors that can endanger populations during migration had to be taken into account. I learned a lot about this fascinating group of species, especially about their highly specialized diet that can consist of carrion (e.g. Griffon vulture, Gyps fulvus) or even bones (e.g. Bearded Vulture, Gypaetus barbatus).

This was my 6-months journey from the deep sea up to the sky. As you could see, I worked on species from very different environments: the deep sea, temporal ponds and many other terrestrial ecosystems that are used by raptors for instance. During the journey, several challenges arose such as uncertainty related to the assessments due to insufficient data, diverging population estimates or lack of occurrence data to map the distribution of species. However, uncertainty should not be a reason for inaction. We should try to make use of the information that we currently have, take brave decisions, justify and explain them. It is important to keep in mind that no Red List Assessment is perfect and the conservation status of species is subject to constant change. This is reflected in re-assessments of species that are conducted in regular intervals.

As a personal closing, I would like to thank everyone who supported me on my journey and to recommend every student to go abroad not only to study but to gain hands-on experience in a professional environment. It will not only bring you further in your career but it is a unique opportunity to make new friends in another country, to learn a foreign language and to fall in love with the cuisine, culture and landscapes of your destination, that in my case became a second home.

The SDGs Series (Goal 6): Clean Water and Sanitation for all

The Global Risks Report 2022: A call for awakening